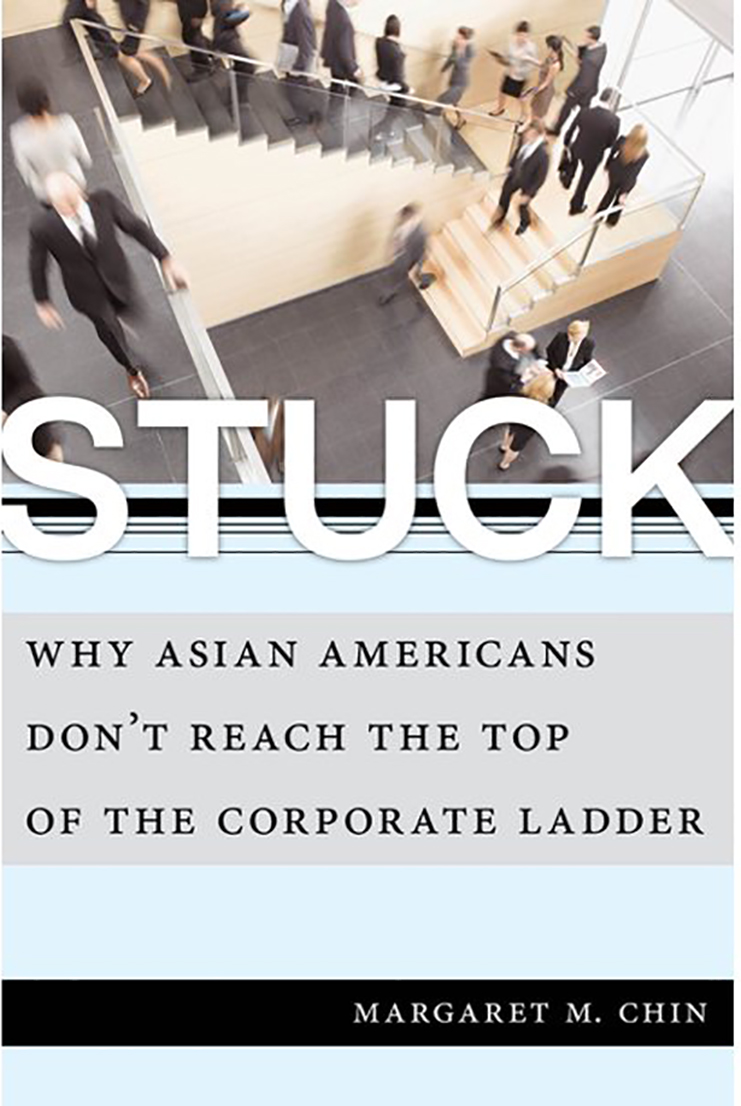 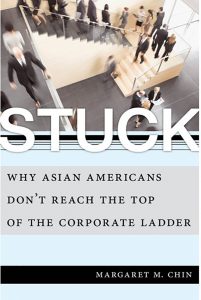 Sociology professor Margaret M. Chin adds a new perspective in her new book Stuck: Why Asian Americans Don’t Reach the Top of the Corporate Ladder to the decades-long dilemma of the Bamboo Ceiling. That’s the Asian American version of the Glass Ceiling for white women and people of color to break into the highest level of executive positions, particularly in the corporate sector.

Two events have facilitated the presence of upwardly mobile Asian Americans. These are the 1964 Civil Rights Act and subsequent affirmative action executive orders in subsequent decades and the 1965 Immigration Act preference for immigrants with professional employment experience which also decreased severe immigration restrictions and resulted in the sizable growth and diversity of the Asian American population.  For example, the1960 Decennial Census of Population and Housing enumerated less than a million Asian Americans, the number being 980,337 — primarily Japanese, Chinese and Filipino. In the 2017 U.S. Census Bureau American Community Survey there were over 22 million. From largest to smallest they were Chinese, Filipino, Asian Indian, Vietnamese, Korean, Japanese, Pakistani, Cambodian, Hmong, Thai, and Laotian, Bangladeshi and Burmese.

Chin’s contribution is to delineate the ‘playbook’ that many immigrants, not just Asians, adhere to — “I work hard to be the best in my education and profession without rocking the boat. My individual efforts—strong work ethic and high value of education—along with my strong family and community support are paramount.”

Chin points out that this works well for entry and mid-level positions. These attributes may be necessary but not sufficient. Playbooks for corporate success are akin to cookbook statistics. One may excel in basics but high performance and results are what matter. She describes the ‘invisible corporate playbook,’ and the sobering reality that there are only a few positions at the top of the pyramid. Soft skills of communication, sociability, and being viewed as a trustworthy person who will make the firm look good are more important but not in the immigrant playbook. Wisely, Chin includes a chapter on the double bind for Asian American women and acknowledges systemic institutional racism that often supersedes an individual’s accomplishments.

I think it would have been useful for Chin to also elaborate on the historical racial hierarchies in the U.S. — the division of labor and occupational segregation. When firms get bonus points for hiring white women, blacks or Latinos, there is little incentive to hire and promote Asian Americans who go ahead and do a good job anyway, even that of their colleagues. Also, Asian immigrants need to understand the very real limits of graduate degrees and high test scores, or even elite universities, in the real world of work. Quality of networks and what one can contribute to a firm, the ability to inspire other folks to do their best, the knack to make the firm look good, the talent and risk-taking  to create change and innovation, and, of course, to bring in profit are the measures of worth, relevance, and utility to a firm.

I have two last points. One, Chin alluded to future leaders needing to be interdisciplinary, multicultural, and multi-lingual with continual skills evolution and adaptation to succeed in a global village. The second point which Chin does not address is the need to rise to the highest levels of leadership in the public and nonprofit sectors where the mission is to serve people and the common good not to make profits. Asian Americans are sorely needed to be leaders in all three sectors.