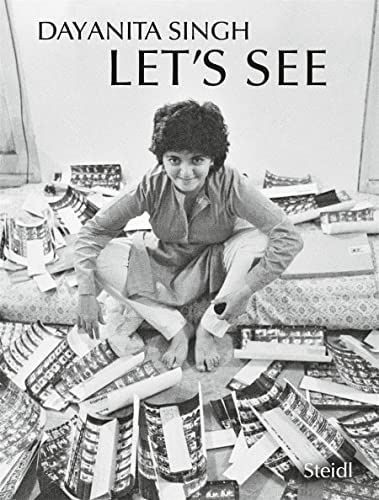 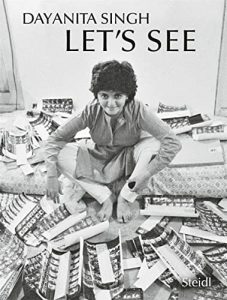 Indian photographer Dayanita Singh has spent nearly four decades challenging familiar modes of seeing and interpreting photographs. Through labor-intensive processes in sequencing, bookmaking and installation design, her images move beyond the realm of two-dimensional visual works and become conceptual art-objects and tactile experiences.  At a time when labels like visual storyteller and lens-based artist are as ubiquitous as the sea of digital images they usher in, her commitment to the photographic process and pushing the medium’s narrative potential is both rare and refreshing.

Singh began making photographs in New Deli during the 1980s. Her earliest body of work emerged from a chance encounter with renowned tabla player Zakir Hussain when she attempted to photograph him during a live performance. Their meeting evolved into a long-time creative friendship, during which Singh spent several years photographing Hussain in rehearsal and on tour. These photographs were eventually published in her first book, Zakir Hussain, which was originally conceived of as a maquette during her time as a graphic design student.

The project ultimately led Singh to pursue a degree in photojournalism instead. An early assignment to document underground gender-nonconforming communities in India led Singh to befriend Mona Ahmed, a trans woman who made her home in a Muslim cemetery, whom she spent the next ten years photographing. These images were published in 2001’s Myself, Mona Ahmed– a groundbreaking visual novel blending biography, autobiography and fiction.

Singh’s early work makes clear that her affection for her subjects, and the relationships that inevitably result from their work together, lack the impartiality of a photojournalist. It is no surprise, then, that her trajectory developed instead toward fine art photography. She has gone on to publish a number of acclaimed collections, continually expanding her use of the book format and eventually fabricating exhibition specific displays– portable “museums” of different scales– to bring her work into the world.

Let’s See is Dayanita Singh’s most recent offering, released in early 2022 by Steidl Publishers. Described as a photographic novel, the book brings together previously unseen images from hundreds of contact sheets made during her earliest years as an emerging photographer. Free of any text apart from a quote by art publisher Walter Keller on the flyleaf, Let’s See invites the viewer to collaborate with Singh by constructing their own narratives from her sequencing. Each page of the book is a full-bleed photograph in the grainy black and white of her original film stock, depicting intimate moments among family and friends that could only be seen by her then ‘amateur’ eye. The tenderness and familiarity with which she photographs scenes of a wedding, a funeral, musical performances and hotel rooms shared with travel companions offer an unmediated glimpse into her interior world as a young woman developing her artistic voice.

These early images highlight the arc of Singh’s photographic career and the organic development of the relationships depicted in her work. Mona Ahmed, Zakir Hussain, and the artist’s own mother Nony Singh are all prominent subjects of Let’s See, which artfully straddles the line between photobook and personal album. While most of the photographs appear to be intimate, candid snapshots, Singh’s strong eye for composition and the ‘decisive moment’ were already evident before she even considered herself a photographer. This era of her artistic output is perhaps most compelling for that very reason: the early photographs lack any sense of self-consciousness, and her subjects appear completely natural and dynamic. We are in each scene with them and can imagine the sounds of their laughter, their music.

Only about 20% of Dayanita Singh’s archive has been seen by the public. The vast majority of her work exists only in negatives and contact sheets, while prints of her photographs are extremely rare. To imagine the process by which she excavated these images from underneath decades of more recent work adds another conceptual layer to Let’s See. We are given the rare opportunity to witness the artist sequence and resequence her own life, moving fluidly between past and present.  So often, artists attempt to bury their early work for fear it will be seen as unrefined or undeveloped, but Singh’s ability to show the same tenderness to herself as an emerging photographer that she showed to her subjects is unexpectedly moving. Let’s See is, in the end, a visual story of an artist finding herself through her medium.