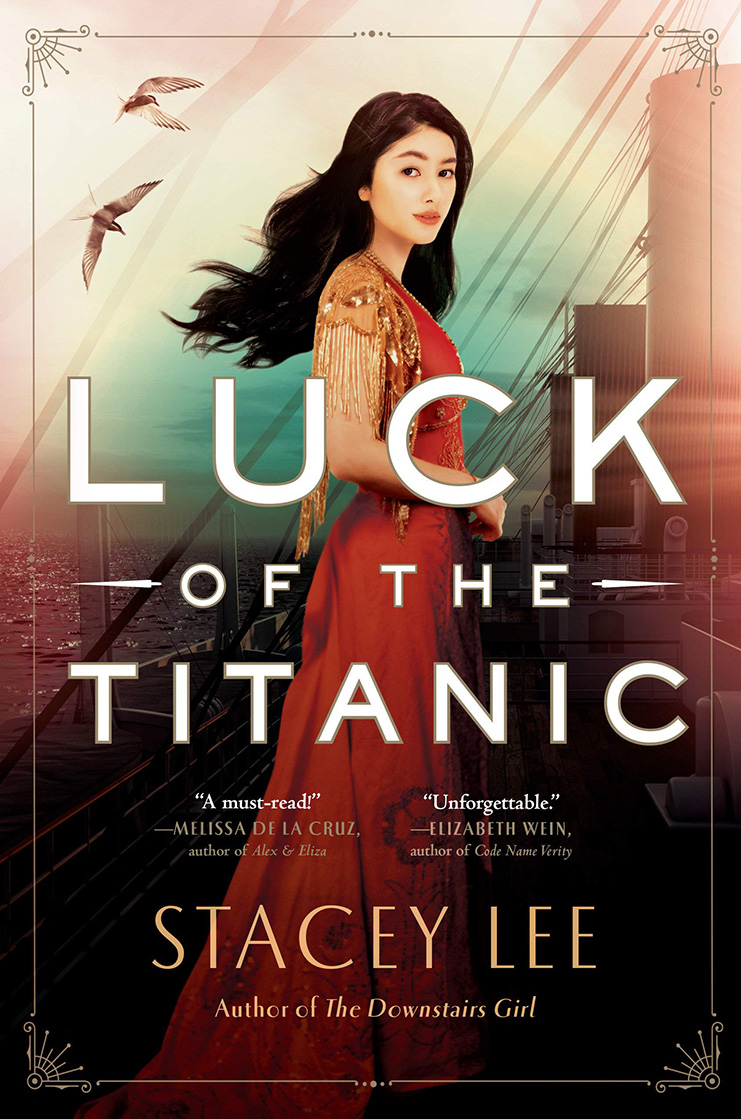 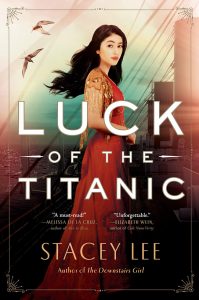 Stacey Lee has written another exceptional novel of historical fiction, Luck of the Titanic, where she creates engaging, interesting and relatable Chinese American characters. Valora Luck is a courageous British Chinese youngster who traveled on the ill-fated Titanic. She sought to find her twin brother Jaime on the ship hoping that they could get to America and star in an acrobatic act for the an entertainment company like the Ringling Brothers Circus.

Valora has a first class ticket but an officer on the ship wouldn’t accept it. She is able to scuttle secretly onto the Titanic. Lee shows rather than tells about the discrimination against Asians. During the beginning of the 20th Century, prejudice against Asians was heightened because of the passage of the Chinese Exclusion Act of 1882. Valora was not sure how she would get into the United States due to the legislation that excluded her and her brother.

Valora pretends to be her employer, Mrs. Sloane, a rich, White lady of means. Valora wears long beautiful designer clothes with hats that have large veils. She acts as if she belongs in first class, although she is shaking inside. Miss Luck also moves carefully through third class and down to the boiler room using various disguises so she is not spotted by the crew. Sometimes she pretends to be a rich White lady and other times, she dresses as if she is a young lad shoveling coal into the furnace. After much searching, she finds her brother and he does not seem to want to see her. What will she do? How will she get Jaime to put on a show on the ship so the owner of the circus will see and hire them to go to America?

Lee describes prejudice that the Chinese ship goers endured as they were fed old bread and poor food. Lee created this story based on a bit of truth. There were eight Chinese immigrants on the Titanic and six survived. Lee gets her readers to have hope even though they know that the Titanic sinks into deep, freezing waters. Who will survive?

ABOUT US
Since 1974, it has been the mission of the International Examiner to serve the Northwest’s Asian Pacific American communities by providing accurate, in-depth, timely, and sensitive coverage of issues which affect us.
Contact us: [email protected]g
FOLLOW US
© All Rights Reserved. Made with ♥ by drgdrp