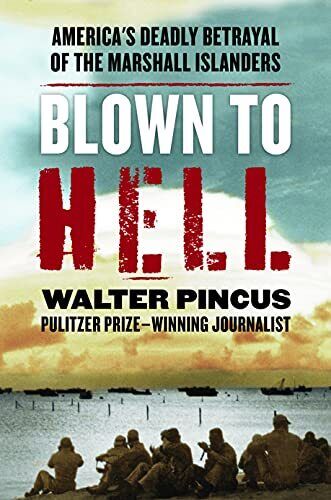 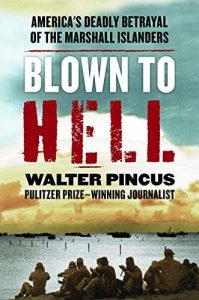 Whenever the question has been posed as to why we have history classes, the most common answer is that learning about the past helps inform the decisions we make today. It prevents the same mistakes from repeating themselves. However, the history way we’re taught history oftentimes hides these mistakes. The heavy erasure of Native Americans and their treatment comes to mind. There’s also the simplification of MLK as a figure as well as the 60s’ civil rights movements. Finally, the mistreatment of Asian Americans as well as other groups – at least for me – wasn’t brought up until after public education. So, the strongest quality of Blown To Hell in my view was that it really went against the grain of retelling history from the perspective of the victors. It showed the failings of the US government and military. It also highlighted the experience of the Marshallese, those whose stories would usually be stamped out.

Walter Pincus’ fascination with nuclear weapons developed early when he witnessed the images and news covering of the two bombs dropped on Japan. As testing of nuclear weapons continued, it was also through the news that Pincus became aware of the lasting impacts of nuclear explosions, through tracking accounts of radioactive fallout from test runs. Starting a reporting career of his own, Pincus went on to win a George Polk Award in 1977 for revealing to the public the development of neutron bombs by the US government – leading to them not being deployed during war efforts in Europe. He also later won a Pulitzer Prize in 2002 for his national reporting. Now, he brings that same level of investigative journalism to this book.

Maybe the most impressive aspect throughout Blown to Hell was the depth of historical information contained. There were quotes from President Truman and Eisenhower. There were details from private meetings they had as well as press conferences. The book had accounts from doctors examining those affected by test detonations, Japanese fisherman who had accidentally sailed close enough to see the detonation of Castle Bravo, the opinion of media members present for test bombings, some of the 170 Marshallese displaced, a German scientist that spied for the Soviets to help kickstart their nuclear programs, a Soviet spy that defected to America, among many others. Pincus’ nearly 8 years of research and 15 pages of sources shined through in allowing readers to relive the events as best as can be done.

While he clearly had an opinion in mind – Pincus states that he wants this work to show people the health and environmental impacts of nuclear devastation as well as showcasing the struggles of the Marshallese – the retelling of events in this book wasn’t through a historical narrative of him stating his opinions. It was through the eyes of the people involved, the history as they felt it. It was made very personable. We follow Japanese fishermen setting off to catch tuna, dealing with damages to their sailboat on their way out, refusing to turn back due to that being a sign of bad luck, and then eventually wandering into the US’ nuclear test zone. Those impacted by the Castle Bravo test aren’t just written in as a number. We have to read how Marshallese children, thirsty after a long day playing at the beach, came home to drink now radioactive water. We have to read how one of these children later went on to develop leukemia due to his exposure, his bonding with a columnist in treatment next to him even though they could only communicate through a few simple words and smiles, and then him passing away

shortly after. It’s hard to come away from that without feeling much of anything the way we would if he was just listed as a statistic. There’s accounts of doctors talking about treating the Marshallese as simply the first opportunity to collect data on people with long-term exposure to nuclear radiation. On top of that, instead of stating his opinion on the role of the US government and military, Pincus instead retells of a 1967 conference between distinguished government scientists about nuclear bombs. In it, he quotes scientists talking about how they pushed away the fact they didn’t exactly know what they were doing and whether hiding this or not is worse in undermining public opinion of the government. They discuss discovering the impacts of nuclear fallout, how evacuating Marshallese was handled between scientist recommendation and the military’s actual response, and what the role of government leaders is.

Overall, Pincus delivers readers an examination of an historical issue in the best way it can be done. It isn’t written through a lens that hand waves away the faults of powerful figures. We hear about people, such as the Marshallese, that we otherwise wouldn’t have today. He also brings in the accounts of countless people through all walks of life. From reliving their actions, feelings, and words, the reader can decide from themselves how to feel. It also examines many problems that are still relevant today: the role of the US government today or really governments in general, how to approach the Pandora’s Box that is nuclear weapons, the topic of reparations for innocent people adversely affected by government decisions, and the lack of trust between people and their militaries and governments. Blown To Hell shoots past its goal of reminding everyone who hasn’t seen the direct impacts of nuclear weapons the devastation they can cause. It calls into question what the full scope of nuclear devastation really is and how a group like the Marshallese ever could be repaid.