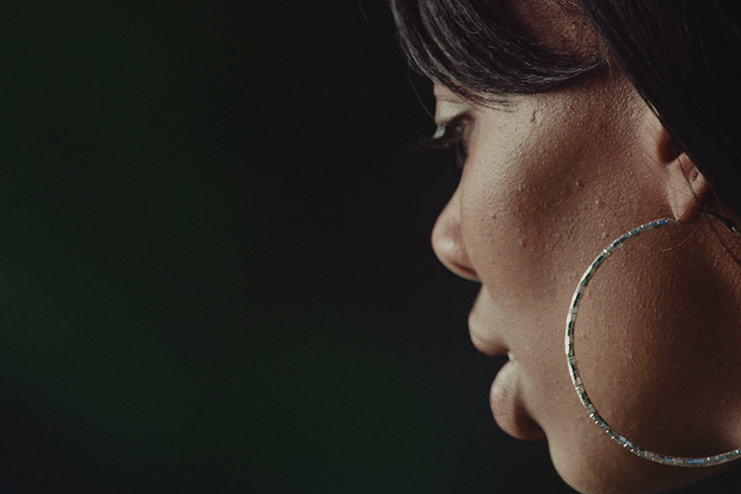 The term “blowing up” refers to the act of leaving a pimp, an apt title for a documentary that focuses on the Queens Human Trafficking Intervention Court in New York, which considers prostitution as a by-product of human trafficking and treats the defendants in its cases as victims rather than criminals. It was founded in 2004 by Judge Fernando M. Camacho, who was tired of seeing the same teenagers repeatedly appearing before him in court on prostitution charges. The program sought to give arrested sex workers a second chance and a way out of the life by allowing them to take several counseling sessions with social service providers. If the defendants don’t get re-arrested six months after their last session, their cases will be dismissed and sealed.

The idea of watching a documentary about court proceedings on prostitution may sound boring, unpleasant and downright depressing, but the QHTIC is not your run-of-the-mill courtroom. Director Stephanie Wang-Breal does an admirable job bringing order to chaos as she brings to focus all the important players and crucial activities that help make this surprisingly supportive court system work. Translators, social service providers, public defenders, district attorneys and prosecutors all work together as a team, despite sometimes having opposing viewpoints, with one goal in mind: To help defendants start a new life with as clean a slate as possible, to assist them in any way to get their new path started, and to help them stay out of the life.

As court proceedings begin, the levity and congeniality of the courtroom is hard to miss as presiding judge Toko Serita smiles warmly at the defendants and asks them how they are. Quips and jokes are made openly and lawyers and counselors come before the judge with earnest and genuine smiles. Judge Serita never skimps on praise where it is deserved, and at one point, even reads out loud a reference letter from one of the counselors for the purpose of putting on the record commendation given to a defendant. Although Judge Serita gets firm at times with defendants, she is never combative nor denigrates them.

Wang-Breal first became interested in the QHTIC when she read an article marking the court’s 10-year anniversary in The New York Times. Although the system was originally founded to help juveniles escape from the life, Wang-Breal’s interest was piqued when she noticed there was a growing number of undocumented Asian immigrants that came through the court. On top of all that, the majority of people in the courtroom were women of color with the exception of a few male translators, lawyers and security personnel. She also saw an opportunity to combine her interests and knowledge from her past film projects Wo Ai Ni Mommy, which involved Asian immigration and Tough Love, which was partially about the foster care system. Because of the work she put into the latter film, she knew that 85 percent of trafficked youth in the state of New York used to be in foster care.

Initially wanting to explore the issues from a feminist angle, producer Carrie Weprin and Wang-Breal realized this court was more than just an opportunity to question the labels surrounding sex work, prostitution and human trafficking. As they put in the time to gain the trust of those intricately involved with QHTIC, their careful, sensitive and non-judgmental approach to the subject matter, along with their persistence and sincerity, convinced four defendants (“Kandie,” “Dee,” “Xiao Cuo” and “Xiao Yi”) to give access to their stories or private sessions with their counselors.

It is through their interviews and testimonials that the audience gets a better understanding of what these women’s lives entail. These personal accounts of their experiences spin preconceived stereotypes and prejudices on their head as it becomes clear a myriad of circumstances push these women into prostitution, such as the lack of money, desperation, and the desire for a better life, both for themselves or for their family.

Even though they want to leave, it is not easy as promotors and exploiters utilize fear by threatening death, shame and humiliation, physical violence, destruction of identification forms, and even demands of a payout. As Girls Education and Mentoring Services counselor Eliza Hook recounts to defense attorney Leah Latimer about one victim’s pimp, “[Her exploiter] sleeps with her passport, he sleeps with her ID, he sleeps with her social security card.”

Judge Toko Serita gives a similar explanation during a meeting that addressed the issue of how to identify human trafficking victims: “[In a lot of these massage parlor cases], it’s not somebody saying, ‘Listen, if you don’t perform sex, I’m going to shoot you in the head.’ It’s much more subtle in that the manager [or] owner might say, ‘Well, if you don’t do this, you’re not going to get your documents back,’ or ‘We might tell all of the people that we know from your community in China about what you’re doing’…Maybe implicit threats or other types of coercion might be taking place, which people generally might not consider to be a form of trafficking.”

In the case of undocumented workers, it is common for the police to arrest women who are merely in the establishment as one unlucky defendant recounted to one translator, “A man came in and he was an undercover cop. He asked me, ‘How much?’, and I said, ‘$35 an hour.’ I didn’t do anything. I just talked.” Latimer addresses this issue in the movie and says, “The police focus much more attention arresting women who are engaging in prostitution than they do for promoters or exploiters. I know in their defense that it’s a much harder job to get the people higher up in the chain, but it seems like a waste of resources to me to pick on the easiest people to arrest.”

This film becomes more relevant as undocumented immigrants are now at higher risk of being deported. One of the advantages undocumented workers have with coming forward with their story is the possibility of obtaining a T or U visa, which is basically granted to those who are victims of abuse or human trafficking. With the unfavorable discussion surrounding immigration lately, these visa offers may no longer be available in the near future.

Although this court is helping to pave the road to a new life for victims, the one flaw in its system may be that the victims need to be arrested and enter the criminal system first to receive the benefits of the human trafficking court. I noticed that there were male victims as well, and perhaps these individuals did not grant permission to be filmed extensively, and maybe it might have thrown off the focus on the whole documentary in general if that were done, but I couldn’t help wishing to see a bit of their side of the story as well. This documentary could stand stronger on its own if Wang-Breal was able to add interviews or perspectives from law enforcement, but in general, the documentary is a good introduction to a system that is trying to bring long-lasting solutions for both people in the life and the problem of human sex trafficking.