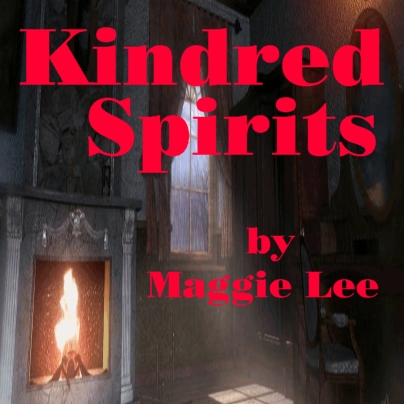 Maggie Lee’s play “Kindred Spirits” demonstrates that, for good or ill, memories and the past can often cling to us, and shape how we view the present.

Likewise, this season-opening world premiere production by local theatre company ReAct illuminates how our needs in the present influence how we remember the past.

Set at the Old Campbell Manor, the lonesome souls of “Kindred Spirits” touched the heart of ReAct artistic director David Hsieh, when he attended an early staged reading of the play. “A very dear friend of mine had recently died the week before, and at the time I remember the play having added significance,” Hsieh says.

That staged reading occurred in 2008, at the Insatiable! Seattle’s Asian American Playwright’s Festival, an annual event produced by the SIS Writers Group. Following the SIS group’s mission to encourage Asian American playwrights to develop their work and actively engage in the craft of writing new plays, Lee developed an idea that had followed her for many years.

At that time, the play was entitled “Light the Corners of My Mind.” But Lee was interested in developing the play further as a pathway to full production.

“It is truly every playwright’s dream to have work actually produced in a theater rather than just read on the page, so I am really grateful for this opportunity,” Lee says.

Hsieh concurs: “It’s always exciting to help with developing a new play.” Hsieh chose “Kindred Spirits” with an eye to its suitability for ReAct’s performance venue, the Richard Hugo House Theatre, a location that also has meaning for Lee.

“I came up with the seed idea for the play several years before 2008 during a writing class at the Richard Hugo House, which makes it really special to be able to have the premiere there,” Lee says.

Sound Designer Roger Tang also appreciates the sense of homecoming. “I’ve seen Maggie’s play since the beginning as she was developing it with the SIS Writers Group,” he says.

“It’s important for a community to grow its own voices, and it’s gratifying and fascinating to see what paths those voices go down, particularly when it’s where you don’t expect them to go,” Tang says. “So it’s been like a full circle, coming around from conception to idea, to first draft, to fruition on stage, giving weight and voice to that first flight.”

“Kindred Spirits” only recently found this name for itself during the development and rehearsal process, Hsieh reports. “One of the challenges we faced was actually finding a fitting and appropriate title for the piece.”

“Being a romantic modern ghost story, the play deals with the memories of past relationships that still haunt us, and when Maggie brainstormed the new title ‘Kindred Spirits’ it really just clicked,” Hsieh says.

As actor Joel Putnam, who plays the character of Max, describes it, the concept of a kindred spirit “is such a visceral way of showing how memories of people we used to be close to can stick with us, follow our footsteps, roll their eyes at our dumb jokes, and sing us to sleep.”

“Memories can be a gift or a curse,” says actor May Nguyen, who plays the character of Henrietta, emphasizing the dual nature of haunting.

“For the two characters in the play who have kindred spirits,” Nguyen ways, “we see both sides of it: the comfort that thinking about the past can bring, and the pain of remembering what you had but don’t anymore.”

Of “Kindred Spirits,” Hsieh says, “I’m hoping that the title will become a catch-phrase for this newly-defined phenomena.”

In a world rife with loss and unshakable memories that shape, and are shaped by, the present, Hsieh suggests that “everyone has a kindred spirit or two…”

“I hope people come and discover theirs.”