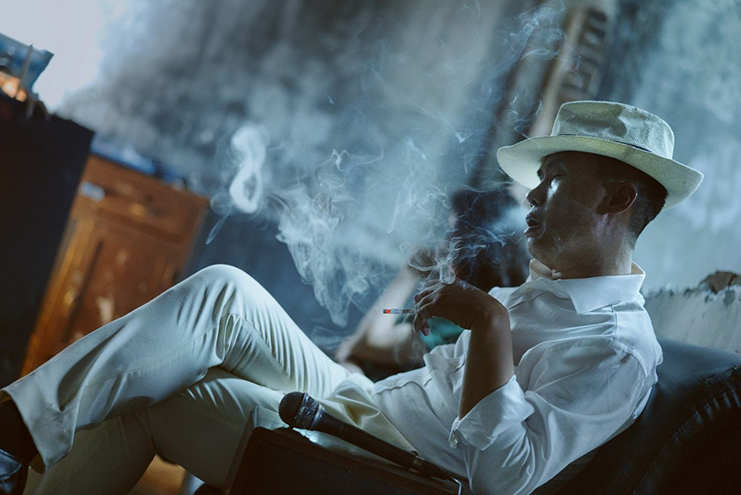 Long Day’s Journey Into Night, which will show at SIFF Cinema Uptown starting April 12, opened in China on Dec. 31, 2018, and earned $15 million in presale tickets thanks to a clever marketing ruse that advertised the film as a romantic comedy, banking on couples celebrating New Year’s Eve. With the Chinese title of the film being Last Night on the Earth, production companies encouraged theaters to time the first screening at 9:05 p.m. so that the film would end exactly at midnight on Jan. 1, 2019, giving couples a chance to share their first foray into the New Year with a lover’s kiss. Box office analysts predicted opening-day ticket sales would eclipse the first-day ticket sales of Avengers: Infinity War, but that ended up being a pipe dream as opening day brought in a mere $37.9 million compared to Avenger’s $50 million.

For an arthouse film, $37.9 million is nothing to scoff at, but many Chinese viewers were miffed about the marketing ploy. Despite receiving high praise from critics after its preview in Cannes, many ended up walking out of the film or falling asleep. It opened to $1.5 million in ticket sales the following day.

Bi Gan’s film is a journey into memory and dreams. It is split into two parts: The first half shifts back and forth from past to present, blurring the lines as fact and information from both realms intersperse with each other. Everything is relayed in traditional 2D form. The second half is a 59-minute long 3D dreamscape the protagonist embarks on after falling asleep in a movie theater. What’s most astonishing is that this portion was shot in just one take.

“For this film, I wanted to break it into two parts, and the first part would be more fragmented because memory is not a full idea—it’s these broken-down little moments,” Bi Gan explains in an interview with Mic, a digital news company. “In the second section, which is a long take, I wanted to express time differently, and to really denote, as we move through life, that this is in real-time for the character. And that’s why I wanted to do it in 3D.”

For a noir film, the pace is slow with minuscule violence (mostly left up to the imagination), but the film is rich with layers of symbolism, and viewers will find themselves busy doing their own detective work as they try to decipher and sift through the nonlinear storytelling. Audience members will constantly ask themselves, “What is from the past and what is from the present?” One point Bi Gan seems to be making about memory is that it is easily malleable according to the stimuli we experience; littered throughout the film are a treasure trove of objects and references that are easily missed if viewers do not pay close attention.

“The difference between film and memory is that films are always false. They are composed of a series of scenes. But memories mix truth and lies; they appear and vanish before our eyes.”

Luo Hongwu’s quote from above accurately summarizes the predicament laid out in Long Day’s Journey Into Night, for what could be deciphered as truth in one’s reconstruction of events when it is being shown through the medium of film?

Long Day’s Journey Into Night follows Luo Hongwu, a manager of a casino who returns to his native Kaili for his father’s funeral. As he revisits his past, it will become evident that three people have made an impact on his life: his childhood friend Wildcat; his mysterious lover Wan Qiwen; and his mother, a woman who disappeared from his life when he was a child.

Wildcat died many years ago. All Luo knows about his death is that he was possibly killed by a gang leader named Zuo Hongyuan, a man that Wildcat had once delivered a cart of apples to. Authorities later discovered his body in a mineshaft. Some of the things mentioned here, such as the apple and mineshaft, are examples of symbols that will reappear throughout the film.

Upon visiting his father’s restaurant after the funeral, he is informed by his stepmother that his father had left the restaurant to her and the van to him. When she announces she will be renovating the place, he tells her to keep the name of the restaurant, Feng Restaurant, since it is his mother’s name. Tucking his father’s broken clock under his arm, he later opens the back of the clock in a rundown, decrepit and abandoned building and takes out an old picture of a young woman with the face burned off, possibly with a cigarette butt. On the back is the inscription “Tai Zhaomei, 0851-82709507.” Thus begins his search for the woman in the picture.

Who is this woman? Possibly his mom. Who is he looking for exactly? At first, it seems like his mother, but as he rewinds the clock and revisits his memories, one can’t help but wonder if this is supposed to be Wan. Freudian implications aside, his search seems to blur between the two women, especially when he reminisces about his mother while visiting people in Kaili. Perhaps he is searching for both, or perhaps they are the same person. Bi’s decision to leave this open to the audience’s interpretation is one of the director’s ingenious decisions.

Luo locates Tai Zhaomei, a female prisoner who, depending on how one deduces things, knew Wan or his mother. She gives him a name, Chen Huizian, that is possibly the new identity of the person he is searching for. He finds his way to a hotel and runs into Chen’s ex-husband, who tells him she now sings at a bar. He goes to the bar and finds out the karaoke section will be torn down at dawn. Realizing this is the last night he has to see her, he decides to kill some time before the bar opens by going into a movie theater and promptly falls asleep. Thrust into a 3D world that assembles all the rich clues found in the first half of the film, it eventually culminates to his happy ending.

Perhaps this is a cautionary tale about the rabbit holes we dig ourselves into by living in the past. Whatever theories people come up with, this movie is something viewers will want to watch more than once to glean new insights and has the potential for launching heated discussions and debates.

Co-presented with Northwest Film Forum, Long Day’s Journey Into Night will be shown in SIFF Cinema Uptown starting from Apr. 12. Showings on the 13th will only be in 2D.