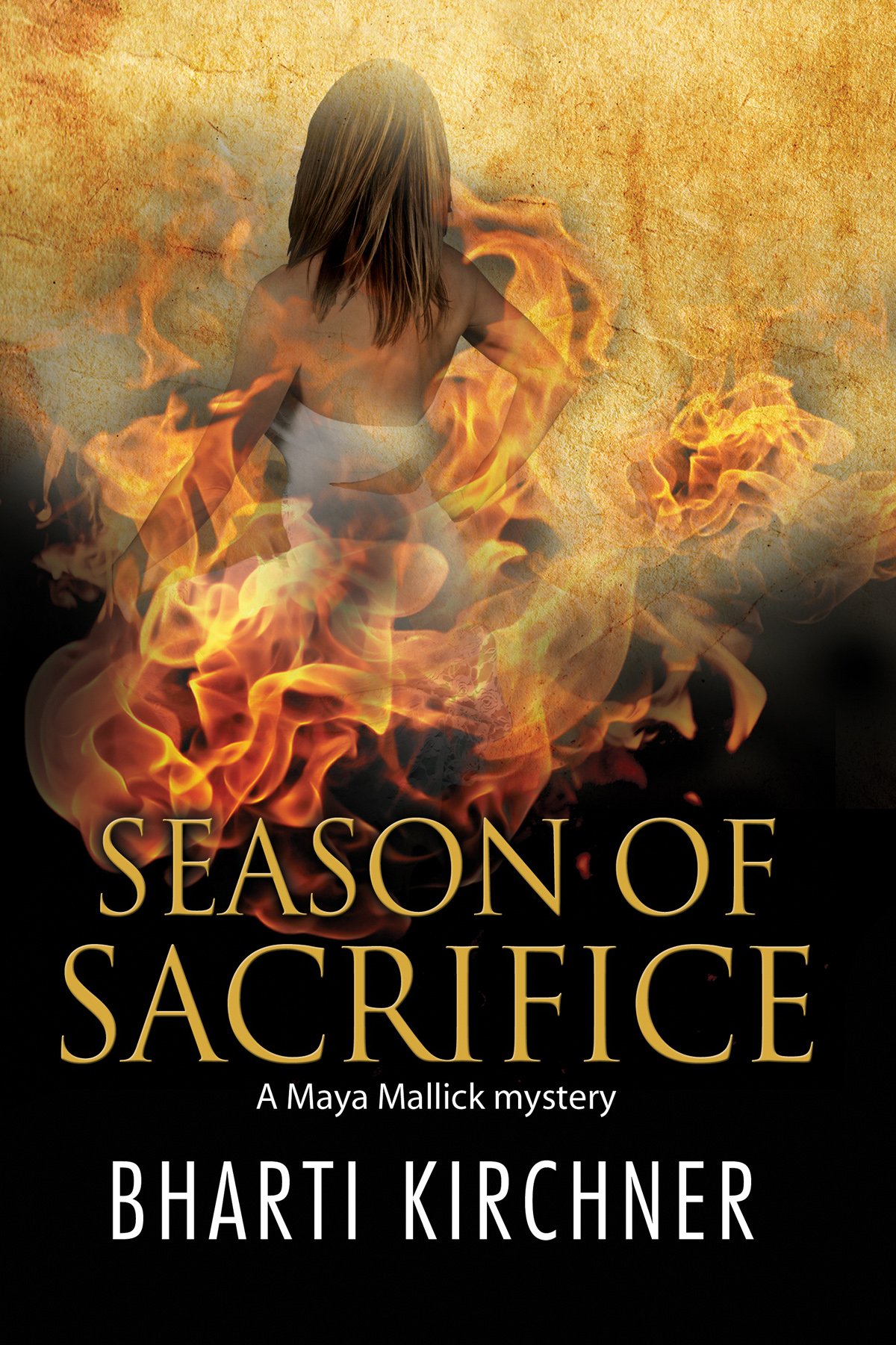 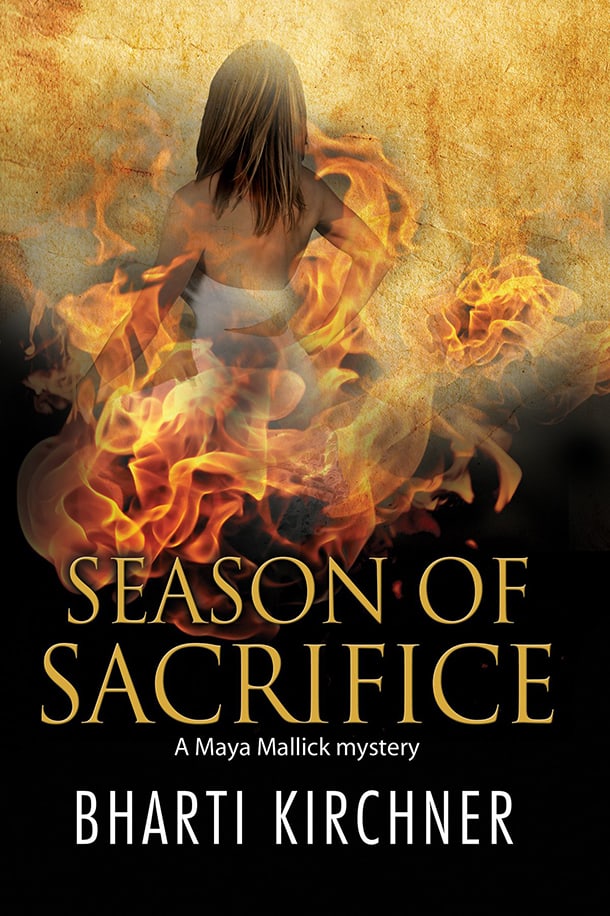 Bharti Kirchner’s seventh novel Season of Sacrifice: A Maya Mallick Mystery, is an engaging mystery that launches a series with an Indian-American detective, Maya Mallick. A former nutritionist turned detective, Maya is just beginning her career as a PI, working for a boutique all-woman Kolkatta based detective agency. Her boss in India notes that with the Indian American community growing in the United States, there is now a market for detective work that is transnational that can help Indo-Americans take care of their headaches including pre- and post- matrimonial investigations. However, Maya’s first major case occurs because she is in the wrong place at the wrong time. She witnesses the self-immolation of two women whose brutal act is presented as a political protest of China’s occupation of Tibet. Maya is horrified when she realizes that one of the victims is Sylvie, her close friend, who is a biomedical scientist of Tibetan origin.

Maya’s investigations take her into the world of malaria vaccines, Russian industrial espionage, ancient Bengali healing practices with a sinister history, and the life of an Indian meditation teacher and guru in Seattle. She must also deal with her complex feelings for her former lover, Justin, a cop, and delve into the family politics of her best friend, Veen, who is also Sylvie’s adopted sister. Along the way, Maya is helped by an assortment of colorful and eccentric characters. Her mother, Uma, who is her confidant and collaborator; Hank, her assistant; Cal Chodron, a volunteer at a vaccine trial agency; Atticus Biswas, an accountant and her client.

Like J.A. Jance’s J.P. Beaumont novels that make Seattle and its history a central feature, so does this novel. Kirchner captures everyday life in Seattle as well as its cultural geography. What is also refreshing about this novel featuring a South Asian American detective is that it is not locked into the typical narrative of immigrant fiction where characters are caught between two competing worlds and struggle to balance the two. Maya is a cosmopolitan who easily navigates multi-ethnic Seattle and is comfortable in her skin.

Detective fiction is popular amongst South Asian readers many of whom grew up reading Agatha Christie and Arthur Conan Doyle. There are also popular South Asian detective novels by Satyajit Ray and Vikram Chandra and novels with South Asian detectives written by Tarquin Hall and H.R.F. Keating. Kirchner whose Tulip Season was her first foray into the genre joins Sujata Massey and her Rei Shimura series with an ethnic woman as investigator. Detective novels by Sara Paretsky and Sue Grafton among others that feature strong woman PIs have a popular following; Maya Mallick will be of interest to that audience.

Kirchner’s novel is deftly plotted; the reader is intrigued by Maya Mallick. Since this novel launches a series, there are hints in the background narrative of potential future directions for Maya and her sleuthing. The novel will definitely find a following amongst those interested in detective and ethnic fictions.

Bharti Kirchner will read from ‘Season of Sacrifice’ at Elliot Bay Books on September 20 at 7:00 p.m. and at University Bookstore in Seattle on October 10 at 7:00 p.m.