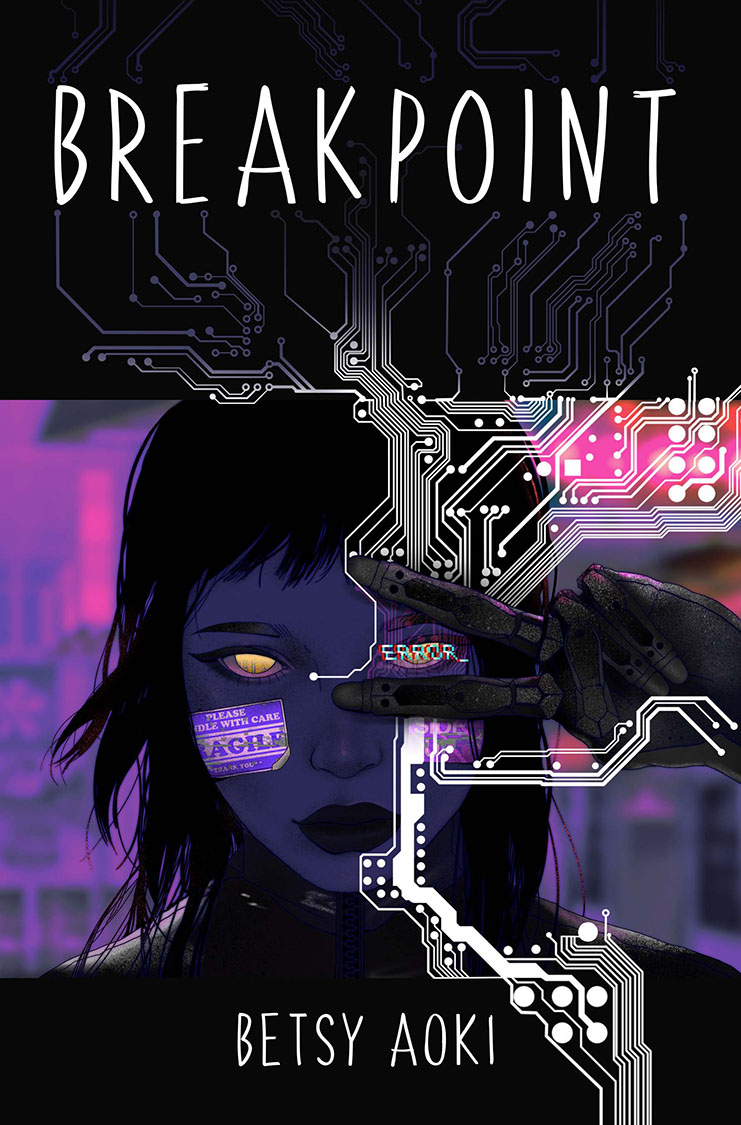 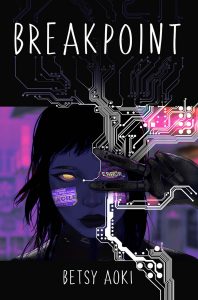 Over the past few decades, award-winning poet Betsy Aoki has made varied use of the written word. Following an early career in journalism, Aoki jumped over to the tech world with a 13-year stint at Microsoft, followed by numerous roles in the video game industry – all while concurrently developing her poetic and creative writing.

Now, this spring, Aoki will release her poetry collection Breakpoint, in which technical terms from her day jobs mingle with explorations of her Japanese heritage and the ongoing challenges of being female in a heavily male profession.

Aoki credits a fellow poet with the inspiration to assemble her creative writings into a coherent volume. “It was Kimiko Hahn who saw one of my tech poems in a workshop she was teaching and suggested I pursue that line of poetics to see where it might lead,” Aoki said. “I applied to Hedgebrook pitching that very project. I wasn’t sure what poems would come, but I knew no one else was doing this work and I needed to try.”

Hedgebrook is a writers-in-residence program on Whidbey Island aimed at nurturing women writers. “Hedgebrook is a very powerful residency in that they try to take you at the right time in your career, where you need that extra space and time and also that affirmation as a woman writer,” Aoki said. “I needed Hedgebrook at that moment because I was uniting parts of my experience and personality I had tried to keep separate for some time.”

Taking an extended chunk of time away from her busy day job gave Aoki the space to develop her creative voice.  “I knew I could write, but my identity as a writer was always being buried by my identity as a worker,” she recalled. “At Hedgebrook, the writer got to come first.”

This submersion of the writer beneath the employee had occurred despite Aoki’s years of experience in and deep passion for writing. ”I think what drove me to write was all the pleasure I had just being able to read,” she remembered. “I was a fairly early reader, and stories where magical things happened, kids could fly, solve mysteries, or take rocket ships they made themselves to discover a planet of mushroom people, were ones I wanted to make myself.”

Aoki’s foray into journalism enabled her to do more than just write. “A career in journalism was supposed to be my nod to practicality, being able to write for a living and in a profession that values truth-telling,” she said. “It was also an education on how the world works.”

In an interview in From Earth to the Stars, Aoki mentions that journalism taught her good working habits. “Newspaper journalism got me thinking of writing and researching as a 24-hour cycle,” she said. “There was the sense of the slate being washed clean once you filed, and you’d have a shot at telling the update to that story the next day.”

This work also taught her the importance of word choice and exactness. “You had to be precise and create words you stood by as the truth, but you also could let the words go and do better next time,” she said. “You had to learn to be both precious and not, about your own words. Another day would come, and you’d do it again.”

Aoki also learned to be wary of hidden agendas. “I think the need for multiple-sourced stories and different points of view in news stories helped me understand, first, that no story was ever one perspective, and two, that people had an agenda toward me,” she explained. “The first job I had out of college was newspaper reporting, The Palm Peach Post, and as a reporter, people acted differently to me than they did toward Betsy Aoki, college student.”

This background flowed smoothly into her more recent technical career. “By the time I was doing technical projects, balancing people’s interests made sense to me because of my reporting experience,” she said. “Everyone will always have a point of view. The challenge is to make them all come together, in a story, or in a product.”

All this positioned Aoki well to absorb the key benefits of a writer’s residency. “Having those few weeks of time alone to write actually allowed me to write poems along a theme and get good at digging deeper into that topic with an emotional continuity I hadn’t been able to achieve prior,” she said. “Some poems from that writing period have been swapped out with better ones, written later, but the residency created enough gravity and weight to the ‘write about women in tech’ project that it became a mental space I could visit, a real place in my head to explore.”

In the interview in From Earth to the Stars, Aoki elaborates on her poem “Messaging the Dead” in the Breakpoint collection, imagining a messenger app that allows the user to talk to their dead loved ones, bringing together the human and the machine experience.

Another poem, “Slouching like a velvet rope,” is, for Aoki, the anthem of the collection. Selected by Pulitzer Prize winning poet Jericho Brown as the winner of the Auburn Witness Poetry Prize, this poem highlights the feeling of unwelcome experienced by many women software engineers who have been disparaged or shunned by male colleagues:

If you show me your newest
phone, I might brain you with mine;
dig out your skull and put a chip in, instead.

This female coder doesn’t want to be ornamental or invisible, but rather, strategizes ways to claim the respect she deserves as a full-fledged software designer.

Aoki describes a breakpoint as a checkpoint at which to check progress or value, and the Breakpoint collection may serve as Aoki’s own kind of checkpoint. “Breakpoint in one form or another has been evolving for seven years,” she said. “I am glad to see it make its way in the world and hopefully spark others to write their own takes on technology, race and gender. It’s certainly not the last word on these topics.”

Over the coming spring and summer, Aoki is planning to present her work throughout the Seattle area at in-person and online events and is also developing a second book of poems based on the Japanese mythology and folklore around yōkai. “An early seedling of this book, a chapbook called The Demons Take the Field, just won third place in Asian American Poetry Chapbook contest sponsored by the Southern Collective Experience/Blue Mountain Review,” she celebrated. “I’ll also be honing my craft around speculative fiction.”