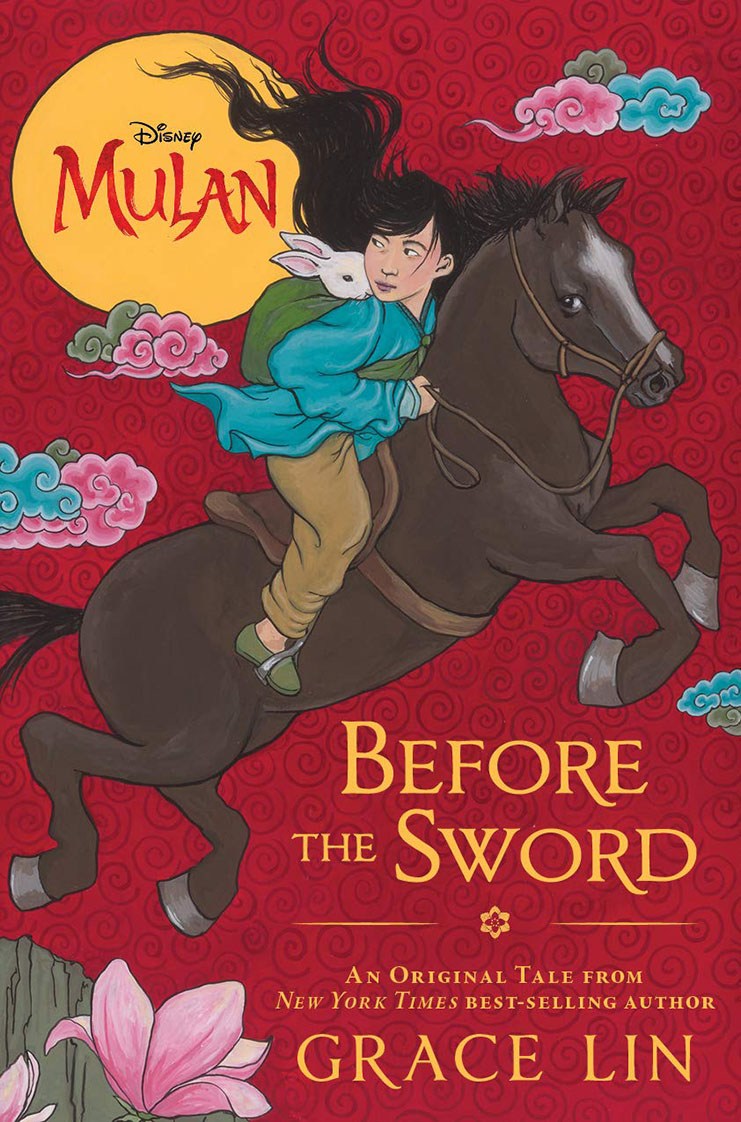 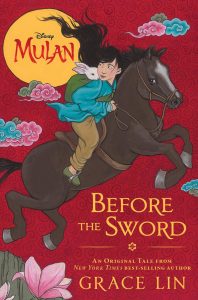 Taiwanese American Grace Lin’s book Before the Sword is an original prequel to the story of Mulan, popularized in American cinema by the 1998 Disney 1998 animated film. Released in January 2020 by Disney Press, the chapter book is geared towards middle-grade readers and clocks in at a little over 350 pages.

Growing up as a Chinese American girl in the 90’s, the Mulan film was the only time I saw a movie character that looked remotely like me. Even though she was set in a time period several centuries ago, I reveled in observing Mulan onscreen, who would’ve been interesting enough with her thick, long black hair, eyes like mine and deep reverence for her older parents. To my 13-year old self, she was the bravest of all Disney heroines, because she made a selfless decision to save face for her family, launching her into the adventure of a lifetime.

Before the Sword starts with a tragedy: Mulan’s beloved and dainty sister Xiu has fallen deathly ill from being bitten by a poisonous spider. Everyone in her family is desperate to find a way to heal her. Through flashbacks, we learn that Mulan is an athletic yet clumsy young girl. Her mother is constantly chastising her for riding her horse Black Wind, speaking out of turn in the presence of elders, and getting into shenanigans in their small village — all things that are only socially acceptable for boys to do. Her father, who is gentle man, merely sighs at her inability to be ladylike, no matter how hard she tries. After meeting with a mysterious healer, Mulan inadvertently finds herself on an epic journey across the world accompanied by magical immortals, racing against the clock to save her sister.

Lin imbues the book with Chinese cultural references as often as possible, creating a rich world and reading experience that is both educational and full of pride. Lin’s vocabulary is vast and wonderfully descriptive; she paints each new encounter and landscape with an array of colors, sounds and textures. She is generous in her usage of Chinese objects in her similes and metaphors: Mulan’s eyes are “as round as rice bowls,” a stranger’s teeth are “like pearly pomegranate seeds,” smoke is billows thick as “a steamed bun.” Though, Lin sometimes writes with slightly stuffy syntax that makes the book sound like it was translated from Chinese into English.

The story is about the unlikely heroine, Mulan. Lin also expertly weaves Chinese mythology into the book, using supporting characters such as the Jade Rabbit on the Moon, and other characters that may not be as familiar to Chinese Americans who did not grow up being told stories about these ancient legends. As one of those people, I was happily surprised that I was being taught about Chinese villains, gods and goddesses through a young adult novel. While the stories could stand alone, Lin brings them to life by weaving together the destinies of the immortal characters trapped in time. It is only when young Mulan comes across their stories can she comprehend and help set them free.

I appreciated the extra effort Lin put into crafting characters who have become who they are because of both choices they made and choices that were entirely out of their control. While we are responsible for our actions, often times we carry the trauma and consequences of the actions of those who came before us. Similar to Disney’s version of Mulan, the impetus of this book relies heavily on the belief of the inescapable nature of fulfilling one’s great destiny. It makes a nod to Mulan’s future warrior escapades by revealing that the immortals have heard the prophecy about “a flower which will shield the Son of Heaven.” While the prophecy is always hovering in the backdrop, Lin brings great humanity to each of the wise and funny characters, showing that greatness cannot be achieved without the assistance and dedication of so many others.

Against the growing intersectional feminism of 2020, the conflict that arises when Mulan doesn’t fit into traditional gender norms sometimes feels a bit antiquated. Like the Disney movie, Mulan’s character comes into herself when she not only brushes off disparaging comments about her unbecoming “boyish” nature, but she learns to control her skills, such as her physical strength, loud voice and inquisitive nature. While this is a show of empowerment, modern women-identified readers may cringe at the suggestion that being masculine is equated with heroism or physical ability. On the flip side, Chinese American boys may easily relate to strong Mulan, and come to realize that stories about girls are for everyone.

This book is an wildly entertaining read, even if you are much older than a middle-schooler, like me. For those who were introduced to Mulan through the Disney animation of the late 90’s, this book carries the nostalgia factor while introducing her story to the next generation of Chinese American youth.