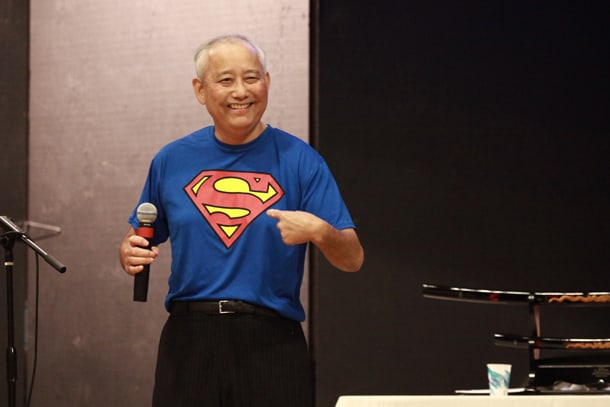 A street in Beacon Hill will be named in honor of Alan Sugiyama, an Asian American civil rights leader, educator and mentor who passed away in 2017. Today the City Council voted 7-0 to pass a resolution recognizing the stretch of road between 15th Avenue South from South Nevada Street to South Columbia Way as “Al Sugiyama Way.”

“It’s a proud day for us,” said Larry Matsuda, one of a group of Sugiyama’s friends who advocated for the street renaming. Thanks to their efforts, raising over $2,500 and gathering the support of the local community, the City will construct and install street signs bearing Sugiyama’s name.

Matsuda said Sugiyama was fond of a quote often attributed to Andrew Jackson: “One man with courage makes a majority.”

Sugiyama was the first Asian American elected to the Seattle School Board. He founded the Center for Career Alternatives, a job training and education program serving low-income people in King and Snohomish Counties, which he ran from 1979 to 2010, and the Asian Family Affair newspaper. He also served as director of the Executive Development Institute (EDI), an agency providing training and mentorship for local Asian American leaders. During public comment before the Council vote, people described him as a fearless activist, public servant and selfless mentor.

“Al was just a special person – he took time to listen to you, he took time to help,” said Michael Gebrekristos, who was 13 when he met Sugiyama at an employment office. Gebrekristos had just been turned down for a summer job because of his youth, but Sugiyama offered him one at his office, which Gebrekristos continued through high school. Sugiyama became a mentor to him, helping him get into college. “He helped me achieve goals I’d never expected to achieve,” Gebrekristos said.

Gebrekristos worked for Sugiyama’s Center for Career Alternatives for several years, and now works for the City. Sugiyama taught him to help others and to give back. He told Gebrekristos, an immigrant from Eritrea, to remember where he came from, “to always love who you are and accept yourself how you are and don’t let anybody tell you you can’t do anything.”

Sugiyama was born in Seattle 1949, to a mother who was incarcerated in Camp Minodoka during WWII. Sugiyama attended Garfield High School at the height of the Civil Rights movement, and he was inspired by Civil Rights leaders such as Martin Luther King Jr. and Stokely Carmichael. He co-founded the Oriental Student Union at Seattle Central and led successful demonstrations calling for Asian American studies classes at the college and for more Asians to be hired in administrative positions. When the college leadership dismissed their requests, Sugiyama led students to close down the administration office.

Sugiyama continued his leadership at the UW’s Asian Student Coalition when he transferred there in 1971. He helped Frank Irigon and other Asian American activists in Seattle to protest the construction of the Kingdome, which they believed threatened the existence of of the Chinatown International District.

Sugiyama was an activist at heart, for whom “going to jail was part of the package,” said Maria Batayola, a Beacon Hill community leader who was mentored by Sugiyama, during public comment.

But he knew activism was only one way of achieving change, according to former City Council member David Della. “Alan was the embodiment of what it was like to be militant, to demand respect, and to organize to fight against discrimination,” said Della during public comment. “But Al was never satisfied with just fighting from the outside, but understood that you also had to work inside the system to fight and improve people’s lives.”

When Sugiyama was elected to the Seattle School Board in 1990, he was the first Asian American to do so, even though Asian students made up a fourth of the student population. Sugiyama would serve two terms on the School Board, from 1990 to 1998.

Sugiyama lived on Beacon Hill for 40 years. He passed away in January 2017 after a two-year battle with cancer.

On Memorial Day in 2017, Matsuda and other friends of Sugiyama came up with the idea of commemorating his life with a sign.

“It is really fitting that Al’s memorial be on Beacon Hill where he lived,” Matsuda said — particularly given how much the neighborhood is changing and “becoming more gentrified.” It’s important, Matsuda said, that a memorial recognize “there was a Japanese person here who advocated for diversity, inclusion, social justice, and that it was here that it happened, not somewhere else.”