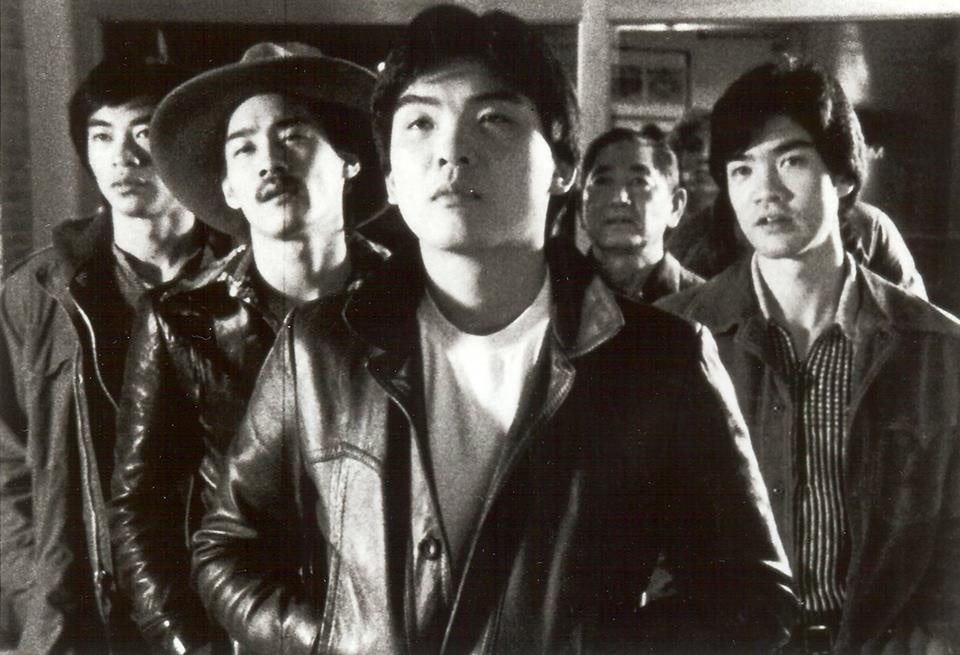 I’m an “old guy”—although age is a number others pin on us.

So, it was 32 years ago when I lived in a studio apartment within Seattle’s University District, right off the “Ave.” A neon fish sign for a market right beneath my window blinked a steady red and green through my place—could’ve been scenes from a private-eye film noir, only missing the sexy sax soundtrack and tendrils of cigarette smoke drifting upwards.

Into this apartment entered Dean Hayasaka and Bill Blauvelt—Evergreen State College film students and fellers I had worked with in other Seattle APA organizations—in search of a graduation project.

For two years prior, I had been writing (typing) an intended adult novel titled Beacon Hill Boys. The central characters, four college-age, Japanese American guys from Seattle’s Beacon Hill neighborhood, hang out together like typical American juveniles during the early ’70s, but with the added onus of coping with a society viewing the Asian male as either nonexistent, emasculated, or existing as a negative foil. Their search for self-worth leads to escapism via drugs, violence and imitating other ethnicities considered “cool.” Meanwhile, they try to navigate the “generation gap” within their own APA community.

I converted the plot into a short-story version to submit to an International Examiner literary contest. While I didn’t win, Dean and Bill happened upon the manuscript at the IE office.

What about turning my unpublished novel into a film? they proposed.

Youthful idealism and naiveté are necessities for such grandiosity. However, apparently possessing as much, I went along.

A film begins with a script and, after many revisions, two-and-a-half years elapsing in the story got converted into two nights and one day. Then, an article in the IE appeared announcing that Beacon Hill Boys, the film, was on the boards. We received overwhelming support and offers to help from Seattle’s APA community. Of key assistance was Northwest Asian American Theatre.

The power of the press.

Producer extraordinaire Dean Hayasaka went to work, enlisting the help of his extensive circle of friends, friends of friends, fellow Evergreen students, and secured the use of APA businesses for locations to film. This was a project of Kingstreet Media, a multimedia group with members carved out of IE freelancers and staff.

We shot in the dead of winter 1984, in the middle of nights after businesses closed—until the break of dawn shone too much light to look like night.

Dean and Bill then spent the rest of the year huddled in editing and postproduction rooms at Evergreen. Beacon Hill Boys was ready for a public screening in January 1985.

All those involved with the film might have thought we would have our showings at our town hall back then, the Nippon Kan Theatre, and that would be it—we did it for our community. But then John Hartl, reading-between-the-lines film critic for The Seattle Times since the ’60s, wrote a cover story on the film and turn-away crowds filled the theatre. It was off to the races.

The power of the press.

And, I think all those involved with the production of Beacon Hill Boys were astounded by the legs a 43-minute student film would grow. For the next few years, it screened at countless APA and mainstream film festivals and series.

Maybe the country, and especially APAs and more so APA guys, were hungry for a realistic portrayal.

Over the years since then, mostly college-age young adults—again, largely APA males—ask me about the availability or showings of Beacon Hill Boys. And, most inspiring is when I hear that seeing Beacon Hill Boys contributed to some APAs pursuing a passion for filmmaking or other visual media.

BTW: The initial, R-rated manuscript for a novel was finally published as a sanitized, feel-good PG young-adult version in 2002—21 years after I rolled that first sheet into the typewriter and clack-clacked BEACON HILL BOYS at the top.

That’s a lotta years in a life … old guy.

‘Beacon Hill Boys’ will be screened at the film’s 30th anniversary at Wing Luke Museum on Saturday, September 19 at 3:00 p.m. and 5:00 p.m. For more info, visit wingluke.org.