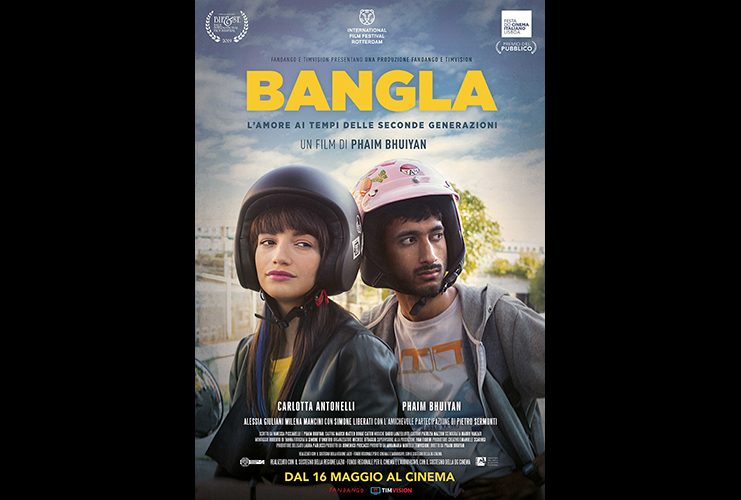 The South Asian Diaspora is a large one and spread across the globe. Film, music, literary works, television shows abound that document, critique, and satirize this community. Phaim Bhuiyan’s Bangla is a new entrant to this genre. Bhuiyan is Bangladeshi-Italian and the debut feature film is semi-autobiographical. Italy’s South Asian community is relatively new and Rome, where the film is set, has some 39,000 Bangladeshis many of whom run convenience stores, sari shops, and restaurants. The film presents a different Rome to the audience—not the tourist version with the Fountain of Trevi and the Colosseum but the multicultural Torpignnatara. The film’s protagonist describes the area has having three tribes: elder Italians, immigrants, and hipsters.

Phaim, the protagonist, is a son of Bangladeshi working- class immigrants who delivers pizza and works in an art museum as a gallery guard who warns people about not taking pictures or crossing the red line and setting off security alarms. He also is in a Bengali band with his friends. The first time we hear the band, the lead singer is crooning “Ekla Chalo Re,” Rabindranath Tagore’s famous song that fills every Bengali and South Asian with nostalgia thus deftly underscoring the tensions for the young band members. They are children of Bangladeshi Muslim immigrants raised with strict expectations about maintaining their culture, marrying within the community, and keeping away from pork, alcohol, and premarital sex. At a music gig, Phaim meets Asia (the name obviously symbolic), an Italian girl with blue hair and a fondness for horror film whose family is totally different from Phaim’s. Asia’s parents are amicably divorced and her father is a musician and actor and her mother has moved in with her lesbian lover. They invite Phaim to family meals and the parents assume that the young couple needs privacy and do not object to Phaim spending time in Asia’s bedroom. Phaim, on the other hand, lives in a cramped apartment where his mother cooks Bangladeshi food and insists that he marry a woman of her choice. Phaim attends mosque frequently and engages in youth group discussions with the Imam about alcohol and sex. Even as the Imam pushes abstinence, Phaim’s Italian friend, Mateo, a sort of park-bench philosopher, has more other advice to offer on matters of the heart. Phaim’s struggles with his two cultures about sex and alcohol are central to the plot. Predictably, there are difficulties with Asia as Phaim tries to balance his attraction to her with his concerns about family and community. As with the rom-com genre, conflicts are resolved at the end.

The plot is predictable for a diasporic film and despite the predictability manages to remain charming. Bhuiyan as actor/narrator of the film offers an adequate performance although on occasion his acting is flat. Carlotta Antonelli as Asia is feisty and beautiful and her performance lights up the film. The film is a feel good one and worth watching for its exploration of the Bangladeshi Italian experience.

The film is available exclusively on Film Movement Plus (filmmovementplus.com). Filmmovementplus is offering 35% off an annual subscription with the first 14 days free through the month of August.