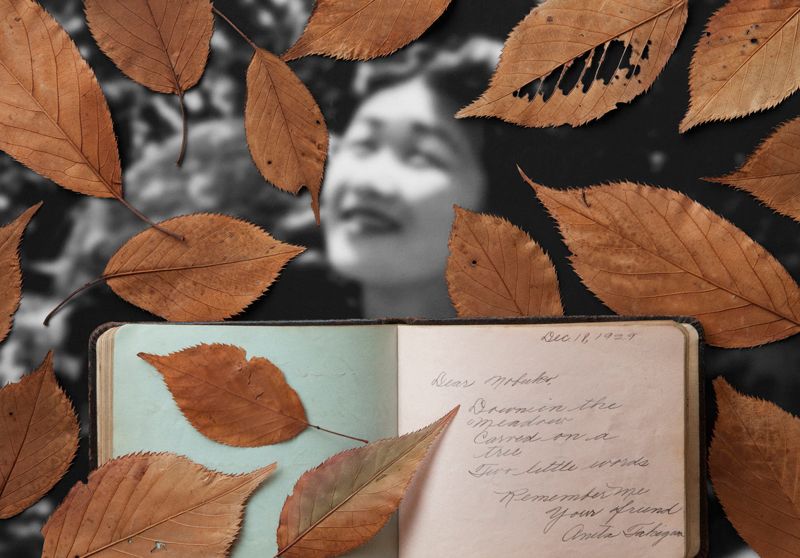 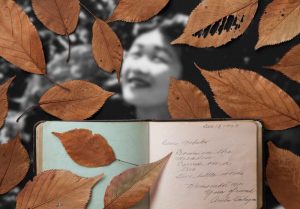 More often than not, there is a deeper meaning behind the smiles in photographs, especially in the age of film when each click of the shutter was so very precious.  In Balancing Cultures, Jerry Takigawa draws out a kind of truth in ordinary mid century Japanese American family photographs that the eye cannot see, but the heart knows to be true.

Normally this truth is elusive, as it is difficult for a modern viewer to have a deep emotional connection with a decades-old, or even century-old, family portrait or snapshot; that feeling of distance cannot be shaken through the fog of time, especially with photos without personal connection.

Balancing Cultures wants to change that, as well as the experience of viewing the photographic record of the Japanese American experience during the pivotal years brought on by WWII.

Using his own family photographs from WWII as inspiration and a starting point, Takigawa reimagines the family album.  The result is something both new and thought-provoking.

The lives of his parents and grandparents were upturned by their imprisonment carried out by the US Army, along with nearly every Japanese American.   Yet, the Takigawa family made the best lives they could behind fences, and when they could, they documented those lives in photographs.

Behind these decades-old photographs, Balancing Cultures shows what life shines through the eyes of their souls and what their posings conceal.   That which once was distant is made immediate.

Takigawa steps us through the veil of time using novel collage and photographic techniques.  He first intentionally blurs the original, and then uses it as a backdrop for a variety of placed objects, everything from family mementos, other photos, brown leaves and pine needles, to personal and government documents. The completed set piece is then rephotographed, forming a new composite image.

In one, a group photo of a dozen or more young adults in front of an internment camp barrack serves as a backdrop for three origami toy boats folded from ocean charts of Monterey Bay.   A scattering of cutout letters initially seems to be random, but upon closer inspection, they spell out how the FBI detained the patriarch of the Takigawa family, a fisherman, for just possessing similar ocean charts.

This use of text, sometimes in Japanese and sometimes in English, serves to convey and focus the artist’s message.   Document fragments and arranged letters are often keys to hidden meanings.  These text elements include Scrabble game pieces, government evacuation orders, ID name tags, letters, diaries, and various scribblings that help to tell the Takigawa family journey from before WWII through its end.

In another composition, Takigawa’s mother and father, looking like a blissfully happy young couple, pose in front of a barrack.  This mood is broken with well placed machine-shredded fragments of the infamous “loyalty oath” questions 27 and 28 in bright yellow and fluorescent green strips.  These questions caused nothing but trouble for the internees, because the questions implied that Japanese Americans’ primary loyalty was to the Emperor of Japan.  A smattering of black and white Go game pieces add composition structure, but more importantly, they communicate the impossibility of nuance in answering, because the only option was either “yes” or “no.”

A third example shows the narrow bridge that America-born Japanese had to walk between their American and Japanese worlds, as well as Takigawa’s artful balance of text and composition.  A blurred image of a woman at work, is framed by a geometric checkbox of pastel violet Japanese characters at the top, and on the bottom, five brown leaves are shaped into a Japanese fan, with each leaf stamped with the word “gaman.”  A bright red flowing of Japanese fabric encloses the bottom border of the frame.

However, there is more here – those cryptic characters at the top repeat “gaman” in an endlessly echoing, but in Japanese.  The meaning of the word “gaman” expresses the enduring acceptance of an impossible situation that Japanese Americans found themselves in and a word they found themselves repeating silently through their suffering during WWII.

Takigawa’s brilliant creative use of collage reflects a remarkable depth of artistry and meaning.  The classic Japanese aesthetic of visual flow and balance are used to tell a very American story.  Yet even apart from his messaging, there is remarkable visual richness.

The three-dimensional and full color objects pop out from the past, represented by the black and white family photograph background, and thus bring the past into the present.  Takigawa’s subtle and hidden meanings make the mind dance, just as the eyes dance around the frame, as well as from the flat surface of the background photo up through the placed objects toward the viewer.  Similarly, the mind follows the eye in perceiving once hidden secrets.

What begins as a personal portrait of the Takigawa family ultimately becomes a larger story of the Japanese American experience during WWII and a warning of the kind of resurging racism sparked by the political rhetoric emerging with the recent pandemic.

Jerry Takigawa proves his artistry and the power of art to communicate again and again in the many compositions.  Although his basic “collage” technique is consistent and visual repetition might be expected, each set piece is visually unique and there is a newness with each turn of the page.

Balancing Cultures reinvents the family album, and its Japanese aesthetic moves with its American sensibility in carrying a heavy-hitting message with effortless understatement and visual beauty.