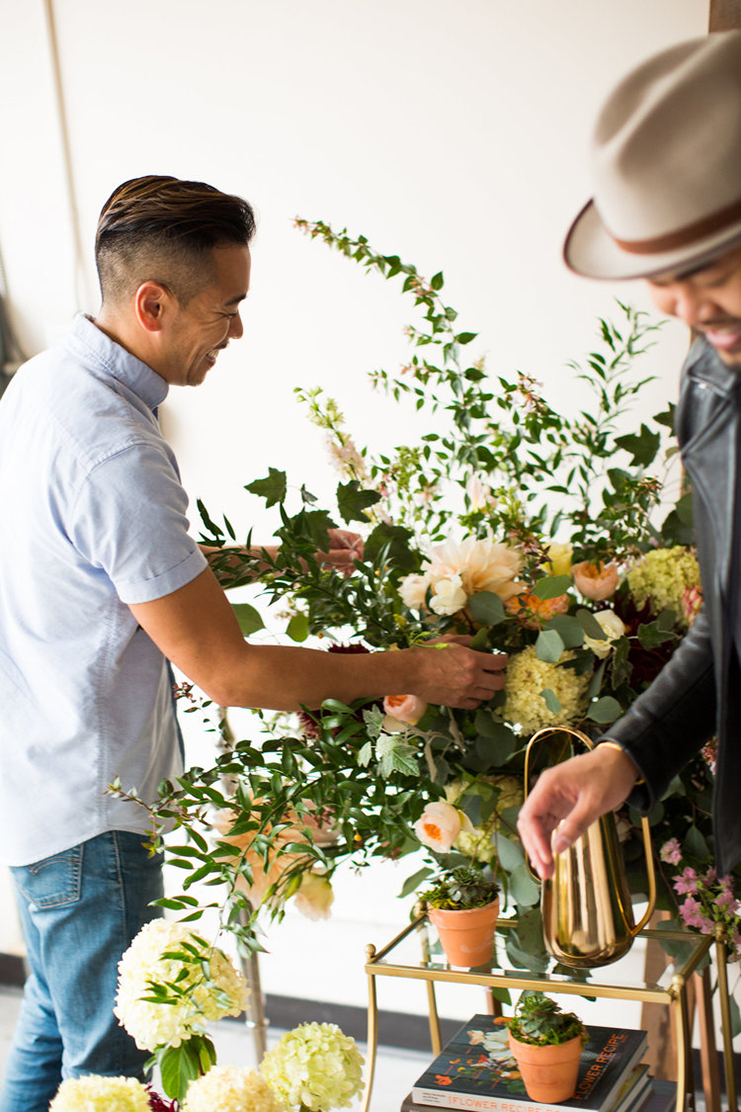 Bahtoh, a lush concept boutique that specializes in hair and floral design, is the brainchild of co-owners Michael Sing and Bobbie Yanoupeth. Its namesake, Bahtoh, is a Laotian word that roughly translates to “wow”, to convey “fierceness”, and is used as a way to “add an exclamation to give each other positive affirmations”, says Sing. Taking inspiration from Yanoupeth’s Laotian background, they decided to adopt this word for their store, in hopes to manifest that fierce and vivacious energy for their space.

After living on separate coasts, New York and the Bay Area respectively, and working collaboratively on a few projects (one which included a friend’s wedding), the two decided to unite back in Seattle in 2016 to open up Bahtoh together. The realization of the creative magic that sparked when working on those projects together fueled their decision to drop everything to open up their space in the Chinatown-International District.

For the in-demand co-owners of Bahtoh, having their concept shop in the C-ID was a natural and obvious choice. They were drawn to the neighborhood for separate, but parallel reasons. Both have roots in the C-ID; Sing’s grandfather owned a restaurant years ago, and Yanoupeth spent the majority of his high school career working with neighborhood organizations ICHS (International Community Health Services), Youth Speaks and YAMS (Young Asian Men’s Project).

The pushback and discouraging comments they first received when mentioning to folks about opening up a concept shop in the C-ID, even after being directed to other neighborhoods in Seattle, only motivated the two to move forward with rooting their business in the neighborhood.

With Bahtoh being located in the C-ID, they felt it would help elevate, and bring more visibility to the community. “Many only know of the ID for dim sum, bubble tea shops and desolate buildings. But there’s so much more. And there are so many other young POC [people of color] entrepreneurs who are making strides to give this community more visibility,” said Sing.

For Yanoupeth, being the child of Laotian refugees, at a young age he was instilled with a strong work ethic. His first trip to Laos a few years ago reminded him of the resilience that the Lao people carry, and it is a trait that he brings into his work. Sing shares that “his [Yanoupeth’s] parents set the example of survival, which is why you’ll always see him working six, even seven days a week. They are far from those struggles, but they remember them and are grateful that they can then appreciate the little and big successes they have now.”

As for future plans, both Sing and Yanoupeth just celebrated their two-year anniversary of Bahtoh being in business, and they have a few small projects currently underway. They hope to expand their creative chops and Bahtoh even more, and maybe even open up a separate studio for that to happen. In the meantime, with wedding season now in full swing, they don’t seem to be slowing down any time soon.

You can learn more about Bahtoh at www.bahtoh.com. They are located at 672 S Jackson St. Their business hours are Tuesday – Saturday, 10am-7pm, and Sunday 10am-5pm.