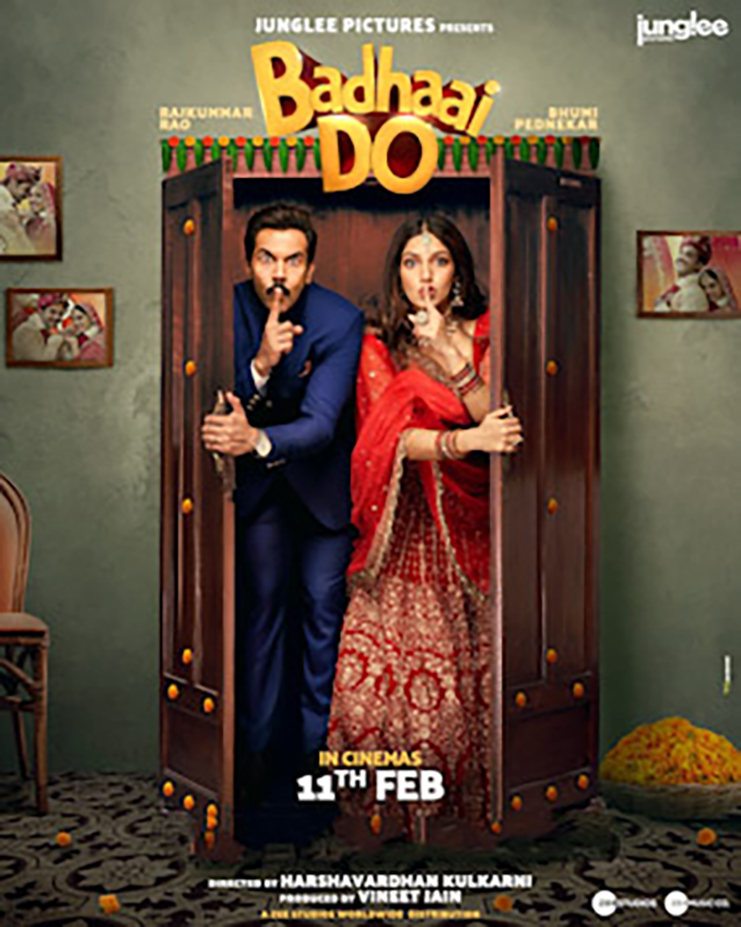 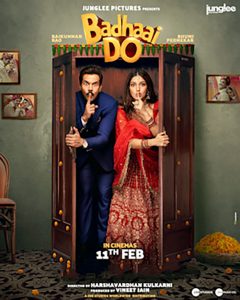 In the romantic comedy Badhaai Do, Shardul Thakur (performed by Rajkummar Rao) is a gay cop who lives in an extended family that exerts pressure on him to get married. He is also closeted at work. Sumi Singh (performed by Bhumi Pedneker) is a physical education teacher who is a lesbian. She gets catfished on a lesbian dating app by a young man pretending to be a woman, and he then begins to blackmail her.

She reports the catfish to Shardul Khan who arrests him. Shardul then proposes to Sumi that they get married to please their families while living as roommates who can pursue their romantic interests under cover of marriage. The plan works, and the couple move into housing provided by the police for all employees.

Fearing reprisal, the couple tries to be discreet in the context of prying neighbors. Sumi then meets Rimjhim at a medical facility and falls in love with her. Rimjhim moves in with the couple and pretends to be a cousin. Shardul’s relationship with his lover ends when he realizes that his lover has other men in his life.

A year goes by, and Shardul and Sumi visit his family for a festival and the family begins questioning why they have not conceived a child yet. Shardul claims that Sumi is infertile but the family gets her tested and insists that the problem is that the couple has not figured out how to be intimate.

Shardul’s widowed mother is sent to live with them and promote the couple’s sexual well-being and ability to conceive. Several farcical moments intervene as the couple evades the mother and tries to keep up the pretense of a straight relationship. Shardul begins dating a queer and out lawyer which adds pressure to his life. To please the family and because Sumi also wants a child, they apply to be adoptive parents. However, their family discovers their sham marriage, problems ensue, and the couple gets approved to adopt a baby.

Eventually, the foursome (Shardul and his lover, Sumi and Rimjhim) work out a familial relationship, that also gets some support from immediate family, and become adoptive parents.

The film manages to balance comic plot elements with a larger political message for Indian society quite well. Given how influential cinema is in India in shaping cultural values, the social justice message of the film is much necessary. Although after a long battle, Section 377 of the Indian Penal Code (a remnant of the British era anti-sodomy laws) was declared unconstitutional in 2018, queer couples have a difficult time in India. Gay marriage is not legal and only legally married heterosexual couples can adopt children. Hence the premise of the film that if a gay couple wants to adopt a child, they must pretend to be in a straight marriage is a timely and important one.

The film also tackles the complexities of coming out to one’s family and co-workers when the culture is strongly heterosexual and patriarchal. Even with some stock characters like an overbearing aunt (performed by Seema Pahwa), the film does not descend into caricatures or demonizing of people. The conclusion of the film where love triumphs and the idea of a heteropatriarchal family is reinvented is heartwarming. The film is worth watching for its feel-good plot and its political message.

Badhaai Do has been streaming on Netflix since February 2022.