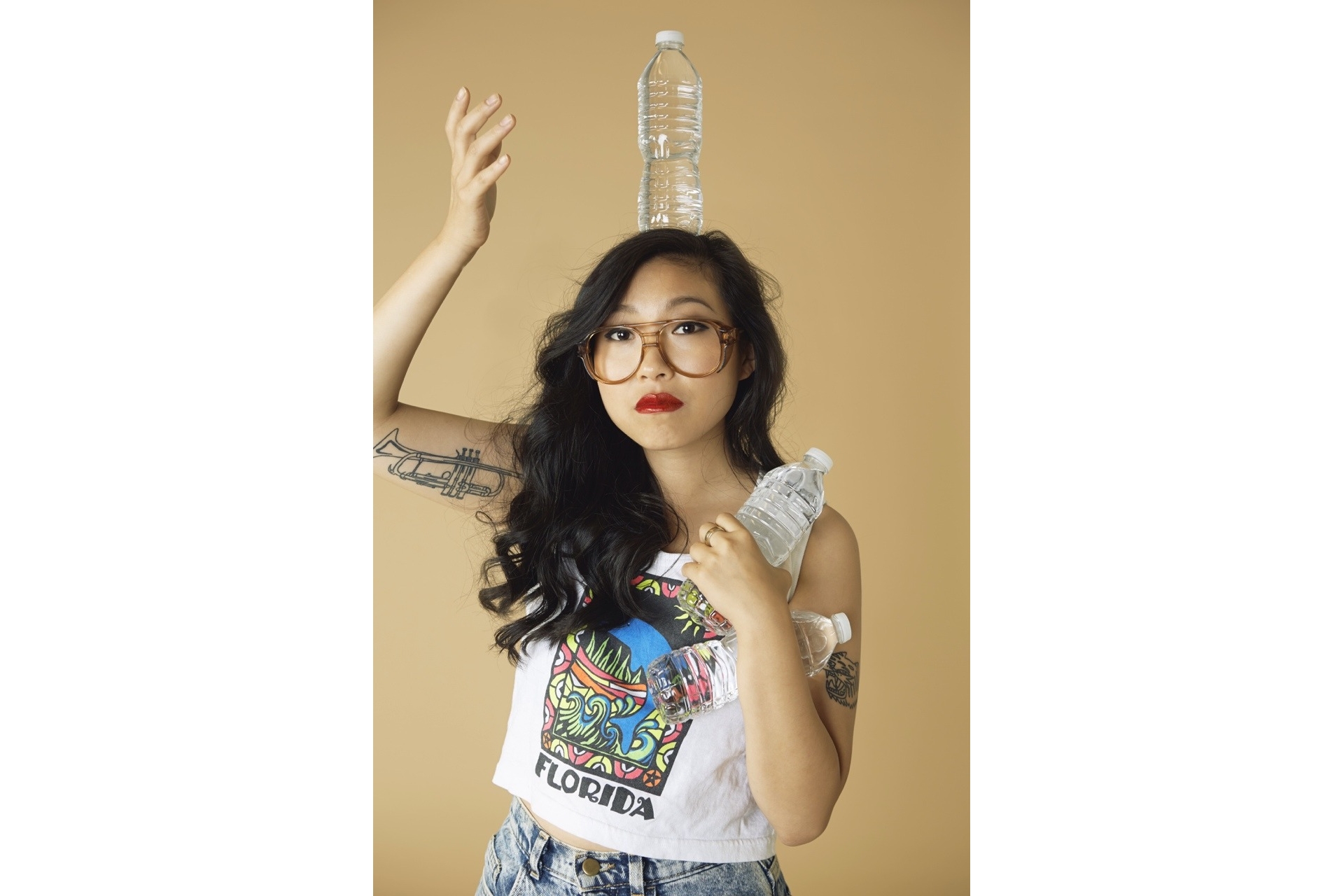 Chinese Korean multi-talented rapper Awkwafina (née Nora Lum) recently made her Seattle debut at the 2016 Chinatown-International District Block Party on August 28. Awkwafina went viral on YouTube for her quirky music video My Vag, but make no mistake, she is no one-hit wonder.

It’s only been three years since its release, and Awkwafina has already made her big screen debut in Neighbors 2, filmed multiple web series (including her own talk show, Tawk), and been added to the cast for the third season of MTV’s Girl Code. She was just added to the all-female cast of Ocean’s Eight, a spin off of the Ocean’s Trilogy, and will be starring alongside Sandra Bullock, Cate Blanchett, Anne Hathaway, Mindy Kaling and Rihanna. She’s also written a book, titled Awkwafina’s NYC.

The International Examiner caught up with Awkwafina to talk about comedy, Chinatowns, and why she does not identify as an Asian American activist.

International Examiner: We’ve read that you prefer not to be labeled. Given the many roles you play in the entertainment industry, how would you prefer to identify, career-wise?

Awkwafina: Well, I think that there are certain labels you cannot escape. If I’m going to be in a movie, I’m going to be an actress, and if I put out an album, I’m a rapper. At this point, comedy is a very heavy element in everything that I do, so it’s the tie between whether I’m hosting, whether I’m acting, and whether I’m rapping. Comedy is what breathes in all three.

The labels I don’t really like are Asian American activist, Chinese activist, Korean feminist, like I don’t think that. I think if I build myself as an Asian American activist, people would then get on me more like, “Where were you were at this rally?” [or] “Where were you, when this happened?” I like to be outspoken on our issues, but also I don’t like to pretend that I’m some kind of person that’s been a pioneer. I know people who have been doing that, and I’m not one of them.

IE: Being so well known in hip hop, probably the most recognizable Asian female in hip-hop, does this identity ever feel like a burden to you?

Awkwafina: No, I mean, I think that when I went into this I wanted to be recognized more than I ever wanted money, because it’s important for everyone. Once it becomes a recognizable thing, beyond Asian people, beyond white people, with all American people, then it becomes an American thing. It’s no longer like a niche thing, I think the more people that recognize me, the better. It’s a dream, you know.

IE: What’s your preference between performing, rapping, acting, and writing?

Awkwafina: I’ll perform for the rest of my life whether people pay for it or not, I’ll also rap for the rest of my life whether people want to listen to it or not. In terms of performing, I feel there’s always a window where it is natural and it becomes forced. I don’t want to be a 57-year-old performing on the 7th train, you know, like I kind of want to let it die out on its own. But if I’m still limber when I’m 57, I’ll still perform.

IE: What does being Asian American mean to you?

Awkwafina: What being Asian American means to me is being a minority, but having it be more complex. I don’t think we can speak for the same struggles as Black people in this country as we just came here under a completely different context. A lot of us came here in the last 50 years, with our families. We are not American enough to speak on those issues, and yet we do bear the brunt of some things. We’re seen as very quiet, very submissive and docile, which allows people to make fun of us in the media and attack us physically, more than any other race. In a way, we’re the punching bag. At the same time, while we are not as prevalent when it comes to music, we’re very prevalent in the medical, science, and engineering fields. There are a lot of us in Ivy League schools, but when it comes to music, we don’t have the same privileges or the same numbers, so it gets a little difficult.

Being Asian American for me means figuring out still what it means to be American, and also understanding how different the levels it is, I mean I’m in Seattle, in Chinatown, and yet there are some things that are similar, yet so different to being in New York Chinatown. So as an entertainer, I’m lucky enough to penetrate these different environments and really understand what the youth is like and how we’re all different.

IE: What is your best advice for young artists and creators?

Awkwafina: I think the best advice is to be original. You have to stand out, right now, we can say that there aren’t a lot of Asian American artists, but we can also say that the passages are very oversaturated—so if you are an Asian American act who knows the guitar because you have a musical background, don’t put out covers of pop songs. Put out covers of weird songs, put out covers of classical songs, don’t do what all the other Asian American YouTubers are doing right now. Stick out, and if you’re going to rap, don’t appropriate. Be respectful. Be authentic, don’t copy people. If you’re going to do a genre that we’re not in a lot, for instance like jazz or rap, do it authentically, don’t do it just because.