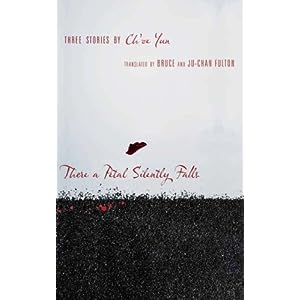 Bruce and Ju-Chan Fulton of Seattle are the award-winning translators of numerous volumes of modern Korean fiction. Most recently, the Fultons have received the prestigious literary translation prize from the Daesan Foundation for “There a Petal Silently Falls: Three Stories” by Ch’oe Yun (Columbia University Press, 2008). Here, we interview them.

Q: You have translated several very important contemporary works in the past years, such as “The Dwarf”, so why now, why “There a Petal Silently Falls”?

A: We had translated the title story back in the 1990s, captivated by this novella of trauma. One of the challenges we face as translators and teachers of Korean literature is that many readers of modern Korean fiction, whether in Korean or in translation, find the literature depressing. We have found in turn that this reaction is often linked to traumatic historical events appearing in the foreground or background of many stories, such as the occupation of Korea by imperial Japan (1910-1945), the Korean War and the division of the Korean peninsula into the two Koreas, and the Kwangu Massacre of 1980. We felt it was important to translate a story of trauma, hoping that readers might come away from it with a greater capacity for the empathy that is so important in the healing of trauma, and that this same capacity might enhance their reading of future translations of Korean fiction. We selected the remaining two stories, “Whisper Yet” (which was suggested to us, and co-translated, by friend and colleague Kichung Kim) and “The Thirteen-Scent Flower,” because they are very different in tone and showcase the variety of Ch’oe Yun’s writing, her control of her craft, and her considerable intelligence and sophistication as a writer.

Q: What does this Daesan Foundation prize mean to you as translators, teachers, and parents?

A: As translators we hope the prize will broaden our range of opportunities in choosing works to translate, finding appropriate publishers, and expanding the readership for Korean literature in English translation. As teachers, we believe the prize will give increased exposure among students, and readers in general, to Korean writers who like Ch’oe Yun are adept in combining excellent writing with compelling subject matter. As parents, we can now afford part of the expense of our younger son’s first year in college!

Q: In the past 12 years or so I have come to know and greatly admire your translations, especially your tireless effort in giving visibility to Korean literature. What keeps you going at this difficult endeavor?

A: The knowledge that with each additional book publication the challenges feel a little less daunting, that the voices we hear among the works and authors we translate have become a little more familiar, and that Korea is gradually obtaining more visibility in the English-speaking world. There is also a great sense of satisfaction in attempting to bring a work of Korean fiction alive in English. Finally, it’s an exciting time to be translating contemporary Korean fiction: we’re seeing a generational change among Korean writers, we’re hearing a greater variety of voices both male and female, and the publication of literary fiction in Korea has become much more reader-friendly and less driven by considerations of social relevance and historical awareness.

Q: What are your hopes and expectations of your readers of your translations?

A: We expect readers to hold our translations to the same high standards they would expect of literature written in English. We hope readers will approach our translations with an open mind and come away from them with a greater respect for the tradition that gave birth to this literature.