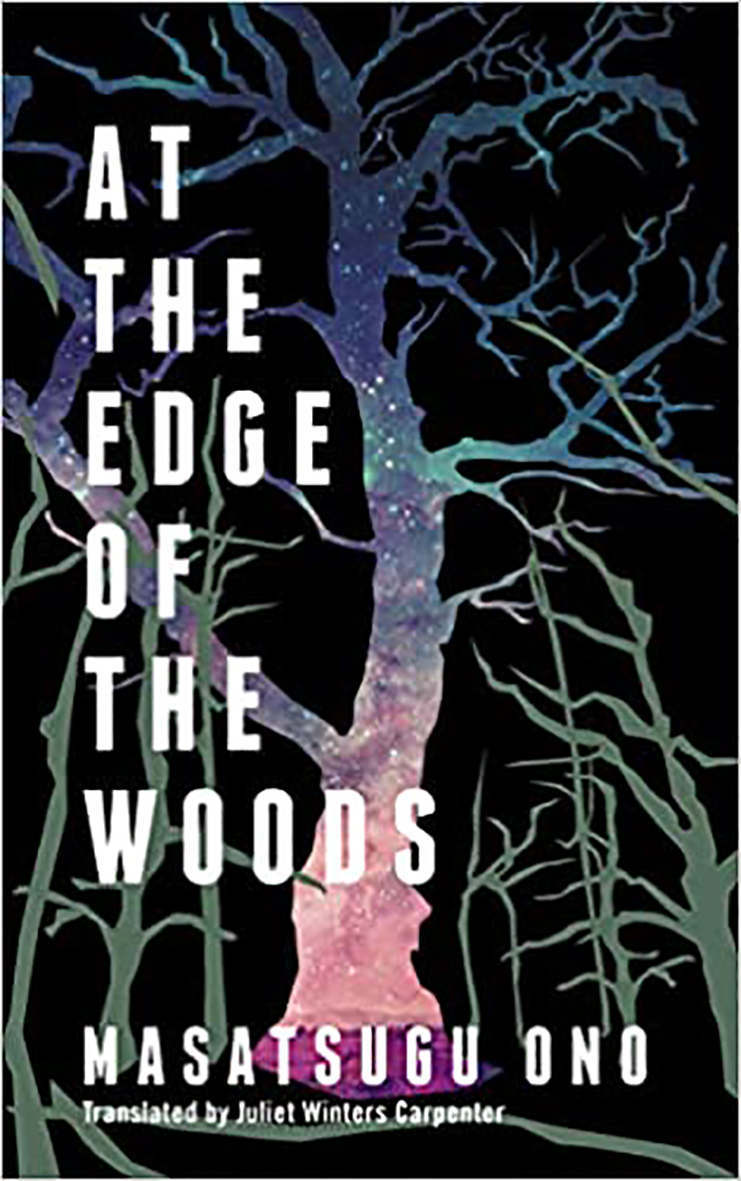 Masatsugu Ono’s new novel At The Edge of The Woods can only be read at the edge of your seat. The woods are magical, endearing and deeply unsettling. The prose is beautiful even while the descriptions are ugly. While Ono builds an inescapable dread, the reader can’t look away. 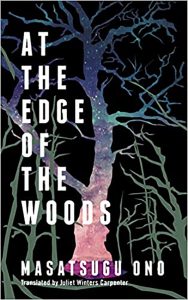 The narrator has moved with his pregnant wife and young son to an unnamed foreign country, to a house at the edge of old woods. The mother is afraid she will miscarry again, and returns to her parents’ home to have her second child, leaving father and son alone. Their son’s language skills begin to regress, and the father worries his skills have regressed as well. His son brings home an old, half-naked woman from the woods, claiming her as his grandma but she is gone just as quickly as she appeared, and the boy doesn’t remember her. There are long lines of desperate refugees down the road, going seemingly nowhere. There are images of floods and fires on the TV. Dwarves bring news of a cakeshop deep in the woods. A shape-changing mailman brings tales of imps in those same woods who steal children right out of their mothers’ wombs. The father hears coughing, and then laughter, all around the house.

It is impossible to get comfortable in Ono’s work. While the story centers on this father and his young son, the world faces panic and catastrophe. Although they are isolated from much of that danger, they are never fully away from it, so the story is filled with a thorough unease, and a growing paranoia, artfully crafted. The father wants to protect his son, even if he isn’t sure what he’s protecting the boy from. Meanwhile, his son is retreating from him, and only longs for his missing mother. This father and son dynamic builds a truly effective allegory for climate catastrophe as they struggle to understand each other, and the woods that mysterious dangers keep pouring out of. Ono uses fascinating and vivid imagery of both nature and mothers to leave a feeling of mourning and loneliness throughout the novel.

At The Edge Of The Woods is a surreal, engaging read that will baffle, terrify and mystify you.

Masatsugu Ono will read in person from his novel on Wednesday, May 11 at 6:00 PM at Elliott Bay Book Company.