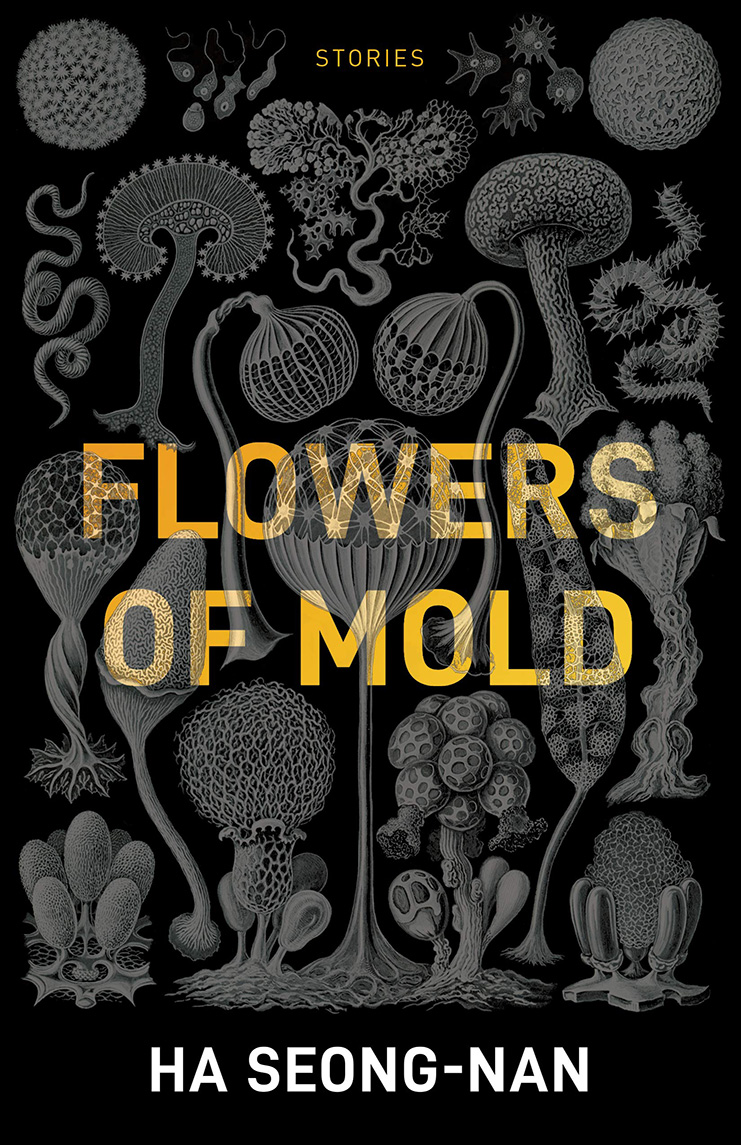 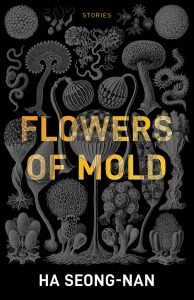 In Flowers of Mold & Other Stories, Seong-Nan Ha takes readers on an unsettling journey into the minds of seemingly ordinary individuals. This collection contains 10 unique stories that will make readers gasp out loud as they witness the unravelling of Ha’s carefully drawn characters.

In these stories, readers will witness characters who are on the edge of madness, or have already crossed over the thin line between “normal” and “abnormal”. These characters are diverse in gender, age, and socioeconomic status. Perhaps what is most unnerving about the stories is that these characters are regular people that we may bump into on any given day. Some of the characters include a gymnast, housewife, building owner, neighborhood man, and a day care lady. However, the actions and thoughts of these regular people are in stark contrast to what many would consider “normal.” Through these characters, readers witness the fragility of the mind as some of them unravel in response to their circumstances.

Through her use of first-person, third-person, and even second-person narration, readers are able to understand the characters from various lenses. For example, in “Waxen Wings,” Ha employs a second-person narration, forcing the reader to take the persona of the character herself. Suddenly you the reader become the person who dreams of flying. You are the one who goes to gym practice and whose dreams are eventually shattered. The character’s thoughts soon become your thoughts, and her feelings soon become your feelings as well.

On the other hand, stories like “The Retreat,” which employs a third-person narration, makes readers understand various characters from a distance. This distance allows readers to witness the unfolding events as a spectator. Finally, Ha uses first-person narration in some of her stories which makes readers feel like they’re entering the private thoughts of someone. In “The Woman Next Door,” it is as if the reader entered the mind of a wife and mother who finds herself slowly losing control of her mind and losing grip of reality.

While the stories in the collection may not make you jump-up in fright, Ha’s writing will surely make your skin crawl. Ha’s use of detailed and vivid descriptions has the power to heighten the reader’s senses and build up suspense throughout the stories. Many of the stories are designed to catch the reader off-guard and think, “What just happened?”

Flowers of Mold & Other Stories displays Ha’s skills in drawing the reader in through her captivating stories. It speaks on the fragility of the mind and leaves the reader wondering if such unravelling could happen to one’s self as well. The stories are difficult not to get engrossed in, which also speaks to the mastery of the translation. While these strange stories are often unsettling and even creepy at certain points, it is a book that is difficult to put down.