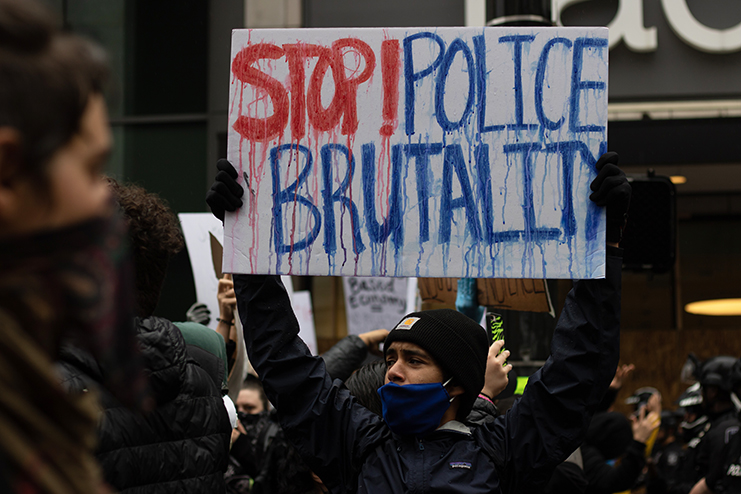 In the debate coming out of the summer’s mass protests over the death of George Floyd, there were loud and prominent calls to defund the police by 50 percent. González, City Council president, was one of seven councilmembers in July to support the 50 percent pledge.

Since then, she’s had to walk that back a bit.

“After doing all the analysis that we did last year, I think it would be extremely difficult to achieve the 50 percent reduction in the Seattle Police Department’s budget,” she said in a Feb. 8 Q13 report.

While acknowledging the need for significant, systemic change in the way Seattle does public safety, after looking into what it would take to make such a deep, immediate cut, González realized that, well, it’s complicated.

“I was sincere in my commitment,” she told the Examiner in a recent interview. “I wanted to be able to look at a meaningful cut like that that didn’t compromise our obligation to deliver on public safety. There are real public safety concerns in our community, and I thought we would be able to achieve that. But once we started looking at the details, we realized that it would not be achievable — certainly, in a single budget cycle.”

The City Council would go on to pass a city budget in November with an 18 percent reduction in SPD funding. González’s words at the time signaled concern over potential unintended consequences of immediate, drastic reductions in funding.

“Any kind of hiring freeze will result in an unsustainable reduction of a force that would prevent the city from responding to critical public safety needs before alternative systems are in place,” González said in a November KOMO News report.

“We made meaningful budget reductions last year that I believe do not compromise public safety, and we have an opportunity to continue to build on those reductions by looking at how we are going to systemically transform public safety services to the people of the city in a way that feels equitable, in a way that truly makes all our community members feel safe if and when they need police,” she said.

González, who came up as part of the immigrant rights movement, is reflective about the inherent tension between activism and governance. During the Black Lives Matter protests over Floyd’s murder, the moment was about speaking truth to power. And while there is much agreement that our public safety system is imperfect, we are seeing how hard it is — even with a City Council with progressive activists in majority power — to bring transformative change when you actually wield institutional power.

“So it’s important to acknowledge that these are the things we can change now that will have a meaningful, positive impact for the communities that I come from, and that impact can happen now. And I don’t want to prevent that positive outcome for our communities because the thing I’m being asked to do isn’t perfect.”

González’s vision as mayor would be to have a police department “focused functionally on core law enforcement issues.” This would include responding to and investigating the most serious violent crimes in Seattle.

“Ultimately, I think we want to build a society where we have law enforcement available to respond to the most serious crimes, and we have systems in place on the other hand that are truly designed to address the root causes of social issues, that the police department is not equipped to nor are they designed to deal with,” she said.

This would be supplemented by civilian programs that serve to uphold public safety. For example, the mobile Health One system with the Seattle Fire Department responds to low-acuity calls. “Those are folks who have urgent, immediate needs that might be in crisis, but not serious enough to go to Harborview. And certainly don’t need to have an armed, militarized response to help them address with their current crisis,” she said.

González also cited the Community Service Officers program that she said she worked with then-Councilmember Mike O’Brien to bring back. The “wildly popular” program employs multilingual community service officers who work at the police department, but they’re civilians — no guns, no badges, no authority to arrest. But they go into neighborhoods, they take property damage and package theft reports.

“They address issues that don’t require a law enforcement response,” she said. “We can scale that program up and meet those livability concerns and complaints from folks to try to make sure we’re helping people feel like their concerns about those issues are being met.”

As far as González’s approach with SPD itself, as mayor, she says she would start by being intentional about choosing a chief.

“I think that a chief of police who is profoundly committed to the innovative work of transforming our public safety model is going to be key to actual reform,” she said.

She says she would also seek to take on what some have described as an entrenched culture within SPD.