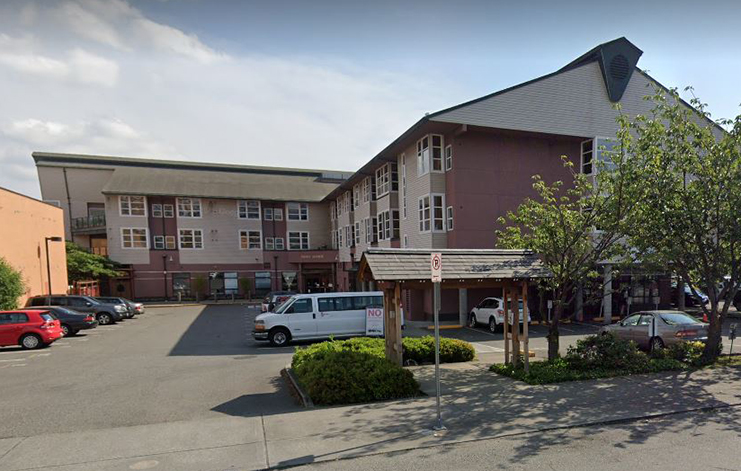 With the announcement in November 2019 that Keiro Northwest sold its skilled nursing and rehabilitation facility in the Central District—after all residents of the facility were relocated and all staff of the previous programs, with the exception of assisted living facility Nikkei Manor, were eliminated—the organization has been essentially pared down to Nikkei Manor.

Apart from the staff at Nikkei Manor, the only employees of Keiro Northwest are an accountant, an interim CFO, and interim executive director Bryce Seidl, who was hired in October 2019.

The sale alleviated Keiro’s immediate financial crisis, said Seidl, a former Vancouver (WA) City Council member and Vancouver mayor, and former CEO of the Pacific Science Center, but Keiro’s long-term sustainability, and the pricing structure of Nikkei Manor, are yet to be determined.

“For right now we are not facing any kind of imminent danger to our survival,” Seidl said.
Seidl hopes to find solutions to make the organization sustainable with the help of a new board and the firm Senior Services of America, which Keiro hired as a consultant.

The sale, to Bellevue-based real estate company Shelter Holdings, for $11 million dollars gross, gives Keiro time to stabilize its finances, Seidl said. Keiro is not in debt, and the financial bleeding that led to its collapse and the sale of the nursing facility over the summer has stopped.

The sale to Shelter Holdings was determined to be a fair price by the board and real estate advisors, Seidl said. “They had the capacity to do the transaction in a reasonably short period of time, which was very important to Keiro Northwest,” he said.

According to City records, Shelter Holdings plans to build a mixed-use building with housing, street-level retail and parking on the site. “They bought it, and whoever buys a piece of property, the future is theirs to define,” Seidl said of the sale.

Now, Nikkei Manor needs a long-term sustainable business model so the money from the sale is not consumed too quickly, Seidl said.

The cost of leasing the land containing Nikkei Manor is one of Keiro’s major expenses, and it could increase significantly, Seidl said. The lease is based on land value, and the family that owns the land is allowed to periodically appraise its value and adjust accordingly.

“That’s the biggest wild card that we have to face,” Seidl said. “It’s more and more difficult to operate this kind of business in a very expensive city that’s got such run-up in real estate costs. I worry a lot about that. It’s outside of our control.”

Keiro will negotiate a new lease for Nikkei Manor with the land owners, Seidl said.
Senior Services of America will manage the back-office functions of Nikkei Manor, including the data systems and payroll systems, and as a consultant.

“We’re going to be looking to them to give us some major help in defining what the model needs to be going forward,” Seidl said. “And then it will be up to the Keiro Northwest Board to decide what we’re going to do.”

The organization will examine how its rates compare to the rates of “other high-quality senior assisted living facilities in the urban area, and that will allow us to understand what the revenue side of things might ought to be,” Seidl said.

This might lead to increased rates for families staying in Nikkei Manor. “I’m sure just as a matter of course, in an economy with increasing costs, we’ll need to make some rate adjustments,” Seidl said. “It’s inevitable in any kind of assisted living facility.”

“We’re not interested in having anybody to be forced out,” Seidl added. He suggested volunteers could help raise money to assist those who have trouble affording the stay in Nikkei Manor.

It remains to be seen whether employees at Nikkei Manor will lose jobs. “There’s no basis for me to have a viewpoint about that, I just don’t know,” Seidl said.

Seidl’s goal is to help recruit a new, larger board and do strategic planning for the organization.

The current board consists of six members, four relatively new, one with 14 years experience in Keiro Northwest, and another was a board member in the past.

Seidl said the board should have deep roots in the Japanese American and Asian Pacific Islander community, and represent a variety of collective knowledge — ideally including legal knowledge, governance, real estate, construction, finance, marketing and public affairs, and human resources.

Seidl hopes people can come in and create a new direction for the organization. “Here’s an opportunity for people to come in and write the script for a new future. It’s all positive, it’s all going forward.”

Some Japanese maple trees and historic lanterns from the nursing facility in the Central District will be preserved and transferred to Nikkei Manor and the Seattle Japanese Garden.
While acknowledging that Keiro’s closure was a blow to the API community, Seidl looks toward a brighter future.

“The history and the legacy of good work is never done,” he said, “but the trauma of the financial distress that forced the sale of the nursing home, it’s in the rear-view mirror.”