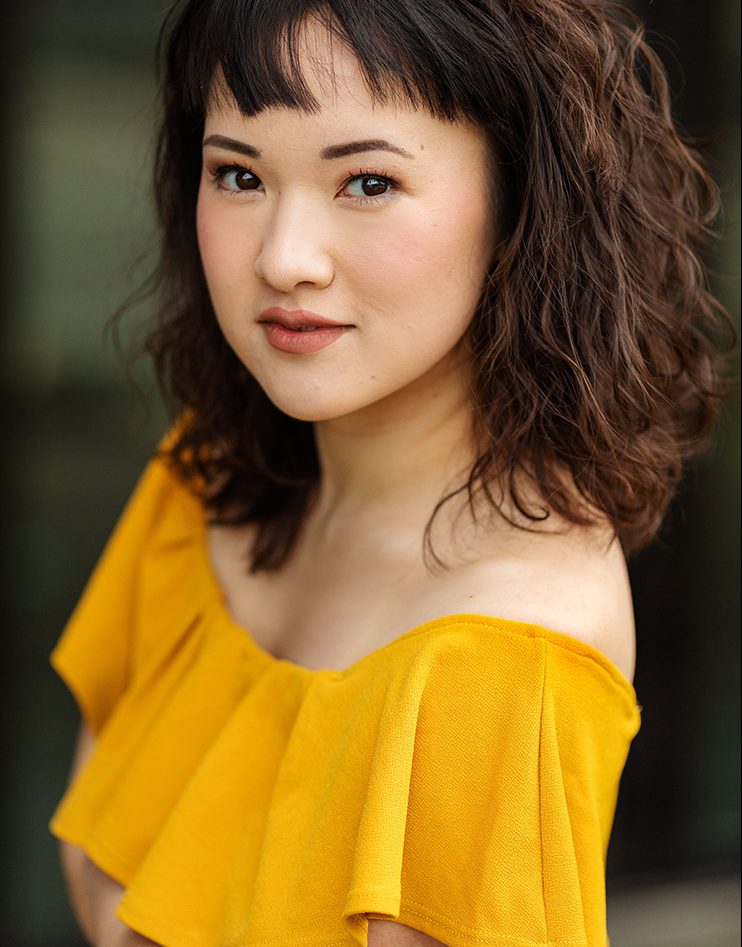 Despite the ongoing COVID-19 pandemic, the Fifth Avenue Theatre’s presentation of Beauty and the Beast will go on. Although the first 10 performances were canceled, the show opens on January 12, and actor Arika Matoba, who plays the role of Chip, couldn’t be more excited.

Chip Potts is the son of Mrs. Potts, and as a seven-year-old boy, Chip is turned into a teacup by the Enchantress. As a youthful constant companion to Belle, he accompanies her journey to discovering the Beast’s true identity.

A recent Gregory Award winner, Matoba grew up appreciating Beauty and the Beast. “I was in a production of it when I was in maybe the fourth or fifth grade,” she recalled. “I played a dancing napkin in a community theater production, so I’ve loved the songs and have known the characters and story for a long time.”

Knowing the show itself so well, Matoba has focused on preparing mentally and emotionally for her role. “It ties into something that I’ve learned so far as a result of working on the show, which is that during COVID times, nothing is taken for granted,” she said. “Even though there’s a lot of scary uncertainty out there, just learning to appreciate every day, because we never really know when it’ll be our last in the space.”

Matoba’s earliest memories of seeing live theater occurred in Japan with her family. “I must have been in kindergarten, maybe preschool,” she recalled. “I have an no idea what the plot was, but it was about a couple of samurai and this woman.”

The experience was formative for Matoba. “The female samurai ends up dying, she’s killed in battle or something,” Matoba said. “I remember watching it and being just absolutely devastated, like heart wrenching out of my chest.”

But soon she felt the pleasure of seeing the actors in the lobby after the show. “I ran up to her, and I just body-slam gave her a huge hug,” Matoba said. “I was just a few years old and everyone was laughing, my mom tells me, because just out of nowhere I was so happy that she was alive.”

Matoba was soon inspired to try to create that same emotional impact for others. “My favorite role is probably when I played Little Red Riding Hood in Into the Woods at Village Theatre in 2017,” she reported. “To book my first like Equity show, professional show, such a large role with a solo and lines at a theater that I grew up seeing, dreaming that I could work at… it was amazing.”

Compounding that excitement was the almost accidental way that Matoba landed the role of Little Red. “My friend texted me the information and I got my shift covered at work super quickly,” she said. “I went in and I just did the general audition, and I was so proud for even doing that because it took a lot of courage for me at the time.”

After completing her education at Pacific Lutheran University with a BFA in acting and directing, Matoba has strived for better work-life balance. “When I was younger, I really felt like theater and performing was my entire life,” she said. “And I really still feel like it’s a huge part of my life, but I’ve learned, and I’ve made myself learn that at the end of the day, it’s still just one facet of a really enriching, amazing life.”

During her time away from the stage, Matoba focuses on her digital presence. “TikTok is so wild in the reach that you can have in such a short amount of time,” she reported. “In some sort of lightning-striking-twice energy, I have had, in one week, two TikToks that have gained a million views each.”

But social media can be draining. “I think, especially when I was younger, and for lot of people, it’s easy to start something because you enjoy it, and then continue to do it because you feel like you must,” Matoba said. “I did that for a long time, kept it up because I had to, and then I got burnt out and I hated it.”

At those points, too, Matoba had to return to balance. “Now that I’m at this point of life where I’m posting for me and not for others, I’m having so much more fun,” she said. “My biggest takeaways from being in the online space is that I really thrive when I’m doing it for me and for fun, because I enjoy it.”

This perspective has helped Matoba solidify her self-esteem. “It’s taken me a long time not to equate my career, not to equate my voice, my gigs, my pay, to my sense of worth and my happiness in life,” she said. “Once I kind of realized that and started really nurturing other parts of my life, like my family, my friends, other hobbies, other things that bring me joy, other things that fulfill me, it’s made a career in the arts so much better.”

While Matoba doesn’t have a role lined up yet to follow Beauty and the Beast, she’s looking forward to the next audition season and has her eye out for the kinds of roles she’d like to pursue. “I like characters that have a lot of joy,” she said, “characters that are very smart and overcome a lot of struggles.”

Beauty and the Beast runs from January 12 to February 6 at the Fifth Avenue Theatre, 1308 Fifth Avenue, Seattle.