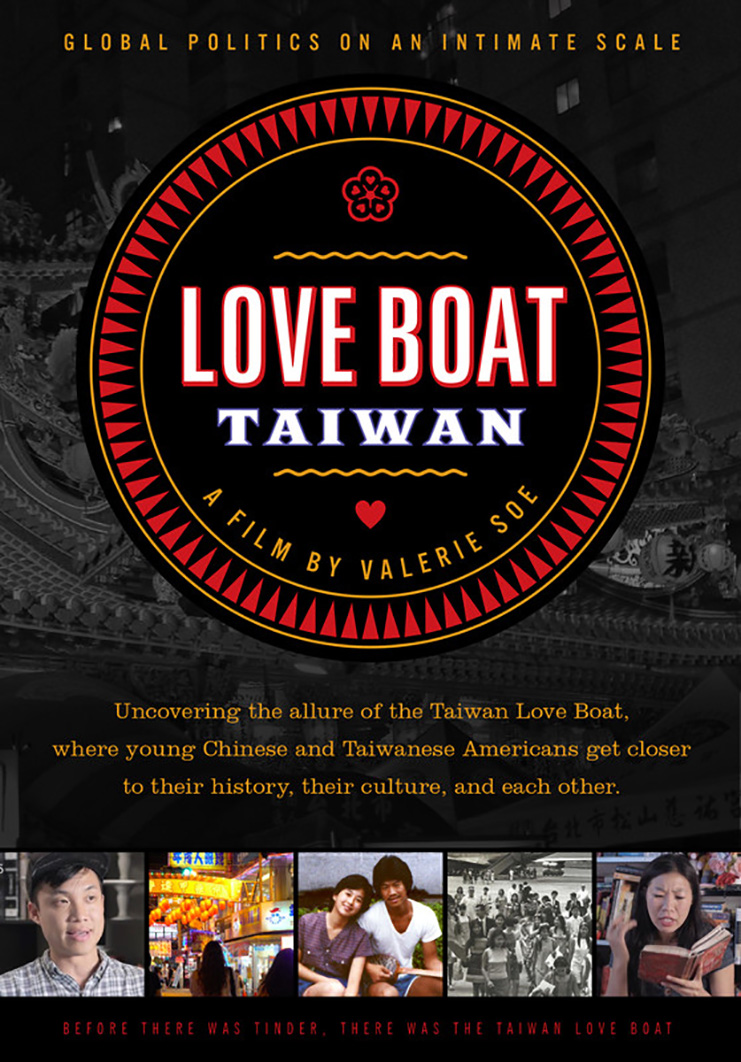 Taiwan, an island nation in East Asia, is widely known for its soft power. There is a famous saying among those who have travelled to Taiwan that describes as, “The most beautiful scenery of Taiwan is its people.”

With no actual boat involved, Love Boat: Taiwan is a feature-length documentary looking back in history at one of the world’s longest running summer programs sponsored by the Taiwanese government. The program’s official name is Overseas Compatriot Youth Summer Formosa Study Tour to Taiwan, started from 1967 to 2013. The main purpose of the program was to attract overseas, college-aged Taiwanese and Chinese Americans to visit Taiwan, establish friendships, and provide cultural lessons such as Mandarin-language study, martial arts, brush painting. A subtle purpose behind the program is to encourage these groups of young overseas to support Taiwan by returning to live and work there.

The program, however, was labeled as “Love Boat” because it was also known for an excellent chance for these students to hook up and find romance. From the 1990s to 2000s, the program attendance reached its peak level with more than 1,000 participants. Love Boat: Taiwan revisits a handful of program participants, program staff, and Taiwanese government officials to provide viewers a broader view on the cultural and historical significance of the program inside and outside Taiwan. 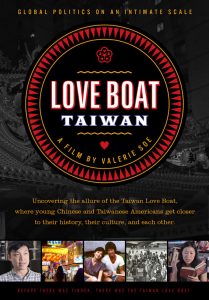 Over the years, the Love Boat has seen many famous alumni. Some of those that are being interviewed in this documentary are U.S. Congresswoman Judy Chu and Buzzfeed’s Justin Tan. The world premiere of Love Boat: Taiwan was at Los Angeles Asian Pacific Film Festival, CAAMfest(Center for Asian American Media) in San Francisco, and Urban Nomad film festival in Taipei, Taiwan in May, 2019.

Valerie Soe is the award-winning director, writer, and producer of Love Boat: Taiwan. The plot showcases “the program’s political and cultural impact, as well as the lifelong friendships and romances of the Love Boat’s thousands of alumni,” said the Bay Area-based filmmaker. Valerie Soe joined the Love Boat back in 1982, and shared her experiences in the documentary. Being able to share her story from a first person narrative makes this documentary an endearing one.

The other alumni featured in the documentary also expressed how this overseas experiences change their lives, before and after visiting Taiwan. Victor Wong, whose father curated the love boat concept, went on the inaugural tour to Taiwan in 1967. In the documentary, he mentioned the idea is about “encouraging second generation who was not born in China and Taiwan to kind of rediscover their homeland.”

As I was watching it, one of the sentences spoken struck me: “You can not bring America with you.” For those Taiwanese and Chinese Americans growing up in the United States or Canada that joined the program, they find it hard to identify themselves because they are not white enough to be American, nor Taiwanese enough. In order to embrace Taiwanese culture, they are encouraged to be open-minded because the cultural roots of these two places are rather different. It is fascinating to see how their perceptions change after taking the four-week trip to Taiwan, from somehow reluctant to appreciate part of the family background.

Love Boat: Taiwan is not an activity taking place on a boat, but it somehow put every participant on the same “boat,” to experience, explore, and rediscover who they are, where they are from in ways that they never thought of. Are you ready to board the Taiwan Love Boat?