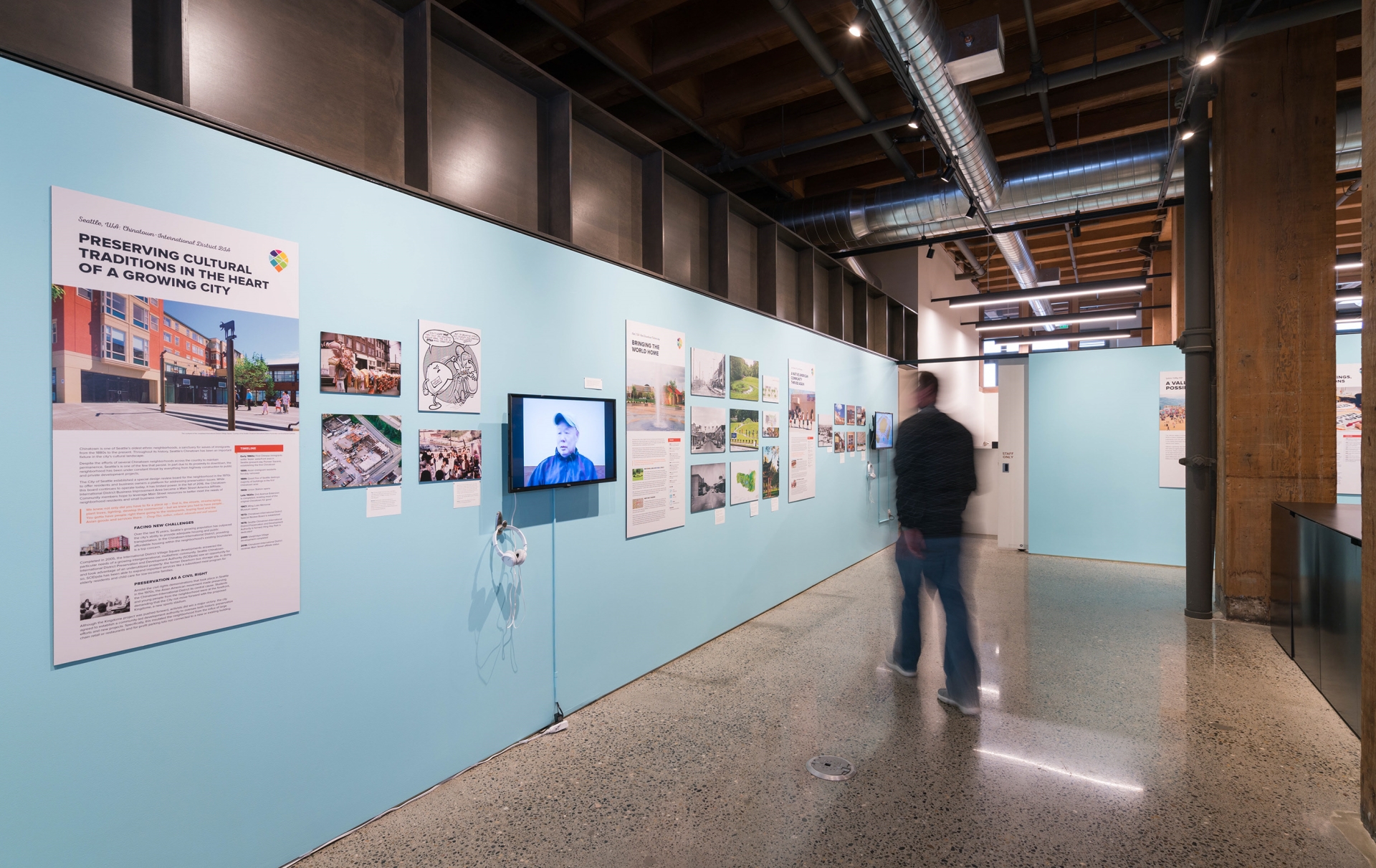 The Seattle Architecture Foundation (SAF) exhibit “Main Streets in a Changing America” showcased how five communities across the country have successfully revitalized their main streets. One of the communities highlighted in the exhibit was the Chinatown International District (CID).

While urban populations in the United States are booming, the main streets in many communities are fading away. Some have been able to preserve and revitalize themselves through the Main Street America Program (part of the National Trust for Historic Preservation).

The communities in the Main Streets in a Changing America exhibit have found successful ways to grow and thrive, while preserving what makes them unique, as cultures and economies on a hyper-local scale.

The CID was chosen for the exhibit as an example of one of the few historic Chinatowns in the nation to successfully preserve its distinct character. According to Stacy Segal, executive director of the Seattle Architecture Foundation, the CID was chosen partly because it’s important part of the city and has a long history.

“The Chinatown-International District neighborhood is going through a lot of change and struggling to preserve their cultural identity, affordability, and housing,” Segal said. “But also [the community] realize[s] that they need new development and being sensitive towards the community and resident’s needs. … The development is happening, and the community is trying to have a voice, but it is hard.”

The exhibit focused on four key strategies that are part of the Main Street America program—economic vitality, design, promotion, and organization.

It is a modest exhibit, according to Segal, but it presents the CID as a case study for preservation and community vitalization—how people can revitalize while engaging the community and creating change in the community.

The CID’s small businesses can thrive, and so can affordable housing, according to Segal, if they are provided with better assistance and guidance be given to the people. Though there is affordable housing, the quantity is currently not sufficient. The community also has a high percentage of seniors who want to stay in their community.

Stacy talked about the community’s dedication, and that it’s very active toward shaping the future of their city. However, the residents of the district haven’t always been able to make changes in a big way, according to Segal. The CID is positioned in a critical part of the city. The residents are learning how to implement grassroots changes and also be part of this. The CID will benefit with the Main Street program regarding education, financial, housing and other benefits, Segal said.

Although not all of the communities featured in the exhibition are officially affiliated with the Main Streets program, all of them demonstrate how community members working together can help keep their downtowns relevant.

The Seattle Chinatown International District Preservation and Development Authority (SCIDpda) has been doing just this since 1975, leveraging relationships with local developers and property owners to help ensure that the CID neighborhood remains the heart of Seattle’s Asian American community. The SCIDpda regularly holds community meetings to understand the needs of the residents and to better help them. The SCIDpda and Chinatown-International District Business Improvement Area (CIDBIA) are exploring community-focused developments both old and new, including the International Village District Square, Hirabayashi Place, and the future Asian Plaza redevelopment. Local developers, property owners, and small business owners shared their plans experiences with attendees.

When asked about the how receptive CID residents were, Stacy said the exhibit was a great opportunity for the community to tell the story and also set an example for another community in preserving their history.