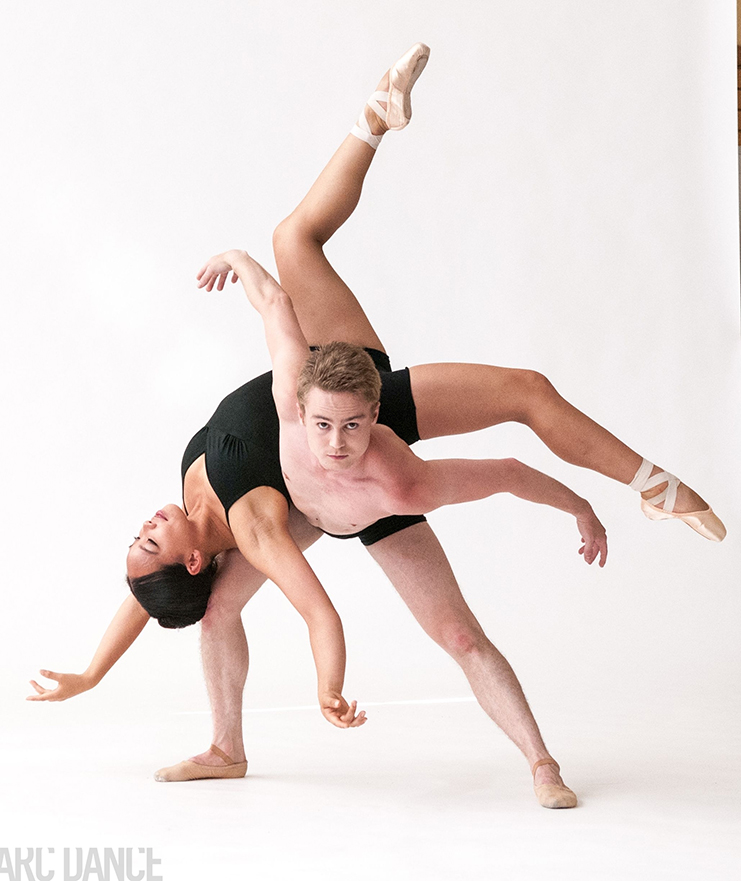 ARC Dance turns 20 this year, and to celebrate, the contemporary ballet company is hosting a 20th anniversary retrospective performance on August 10 and 11. Over two days, ARC Dance will present 17 works that have graced its stages since 1999.

For Artistic Director Marie Chong, this anniversary carries several meanings. At one level, it is a story of perseverance. “In 2004, ARC ran in the red for nine months,” Chong said. “It was the only period we didn’t operate in the black. It was a challenging year for us.”

But ARC’s start-up costs for studio space and production development paid off. “Since then, ARC’s funding has grown significantly, mostly through small donations and some ARC-hosted programs, and we continue to proudly operate in the black,” Chong said. “Of course, we still struggle to grow our annual budget, but that is a standard operating condition for all dance companies in Seattle with the exception of Pacific Northwest Ballet.”

More important than financial resolve, though, is ARC Dance’s resonance in the community. “Continued efforts towards gaining recognition in the community remains an ongoing struggle,” Chong said, “although I do think 20 years’ worth of steadily improving performances is a great testament to our commitment to presenting ballet-trained dancers in widely varied dance genres.”

That commitment is Chong’s focus in this anniversary celebration, and she found the selection of pieces to present to be challenging. “It began with the most likely 32 pieces to be presented from the past 20 years, and then the list was narrowed down to 23, then 19, and now the final 17,” she said. “I wanted to convey two specific attributes: the artistic maturity of the Company and the continued relevance of the selected dance pieces even though many were created years ago.”

One of these pieces is Gaining Ground, an evocative piece by Ilana Goldman about the challenges of reworking gender relations in recent decades. First staged in 2015, Goldman’s piece still hearkens to the literal feeling of “two steps forward, one step back” experienced in so many social justice struggles.

Goldman has been grateful for the choreographic opportunities available through ARC Dance. “Arc Dance provides a valuable service to the dance community by giving emerging choreographers time and space to work with the company’s high-caliber professional dancers and gives the dancers the opportunity to work with a wide array of innovative choreographers,” she said. “I really appreciate that even though the dancers’ foundational technique is ballet and they are highly skilled in that area, they are very open to exploration and contemporary movement practices.”

As part of this retrospective, ARC will be hosting pre-show conversations, as well as offering admission to “sneak peek” behind-the-scenes rehearsals. “I feel the most important aspects to share with attendees are the strong artistic development of the Company over time and our ability to produce high quality productions that are truly wide-ranging mixed repertoire, meaning a broad selection of dance styles and flavors, from classical to modern to contemporary and even some aerial work on occasion,” Chong said.

Chong wants the community to see ARC’s progression over time. “Many people think that seeing a dance company once represents the work of that company on an ongoing basis,” she said. “Well, ARC has grown a great deal since 1999.”

According to Chong, that growth has been not only artistic, but also ethical. “We are now a professional company that pays our dancers a living wage,” she said. “The dance environment in Seattle has grown a lot, and I want people to know that ARC has too.”

ARC Dance’s company members report great satisfaction dancing with the company. “Because ARC is a company I have returned to over and over in between my other contracts,” said dancer Hamilton Nieh, “my history with ARC actually spans more time than with any other company I’ve danced — 11 years!”

Nieh believes that ARC Dance’s growth in dance has dovetailed with his own. “Each time I’ve come back to ARC I’ve been at a different stage of my personal evolution as a dancer and the repertoire I was a part of creating during that time reflects that,” he said. “The anniversary retrospective will include repertoire from several different times I danced with ARC.”

Preparing for ARC’s retrospective has been multi-generational in multiple ways. “It’s been gratifying to apply my current accumulated experience to past works but it’s also been fascinating and sometimes surprising to look back at myself as a younger dancer as I relearn the pieces from old videos,” Nieh said. “In the same vein, it’s been wonderfully enriching to work together with the current ARC dancers, a new generation of youthful and strongly committed artists.”

Likewise, dancer Alice Cao has viewed ARC Dance as a place of development for about a decade, first taking classes with ARC and then joining the company in 2013. “We do such a diverse repertoire of works, from classical ballet en pointe, to contemporary pieces in socks, to modern and jazz,” Cao said. “This challenges the dancers to capture each choreographer’s different movement style and broaden their range.”

Cao credits Artistic Director Chong with the vision that creates these opportunities. “Each dancer has to be adaptable and open minded, and Marie really cultivates an environment of constant exploration and discovery,” Cao said. “She focuses on the intention of the movement, not necessarily replicating exactly what a previous dancer performed, and gives you the space to make different choices to see what works for each individual in each piece.”

That kind of openness is a big part of what Cao looks forward to in this upcoming retrospective. “The anniversary retrospective will bring back a wide range of repertoire that I am excited to revisit,” she said, “and I look forward to seeing how the pieces grow and develop as the company grows.”

Through this retrospective, ARC Dance is focusing concurrently on the past, present, and future. “I try to be in the present and not over think the future,” said Artistic Director Chong. “Even so, my goal for ARC Dance is to continually foster the creative exchange between dancers and dance makers.”

ARC’s audience is also foremost in Chong’s mind. “I want ARC to be ongoing ambassadors for an art form that transcends spoken language and compels us towards our humanity,” she said. “We are happy to be in Seattle, and I sincerely hope the community will embrace and support our commitment to the art form through the power of live performance.”