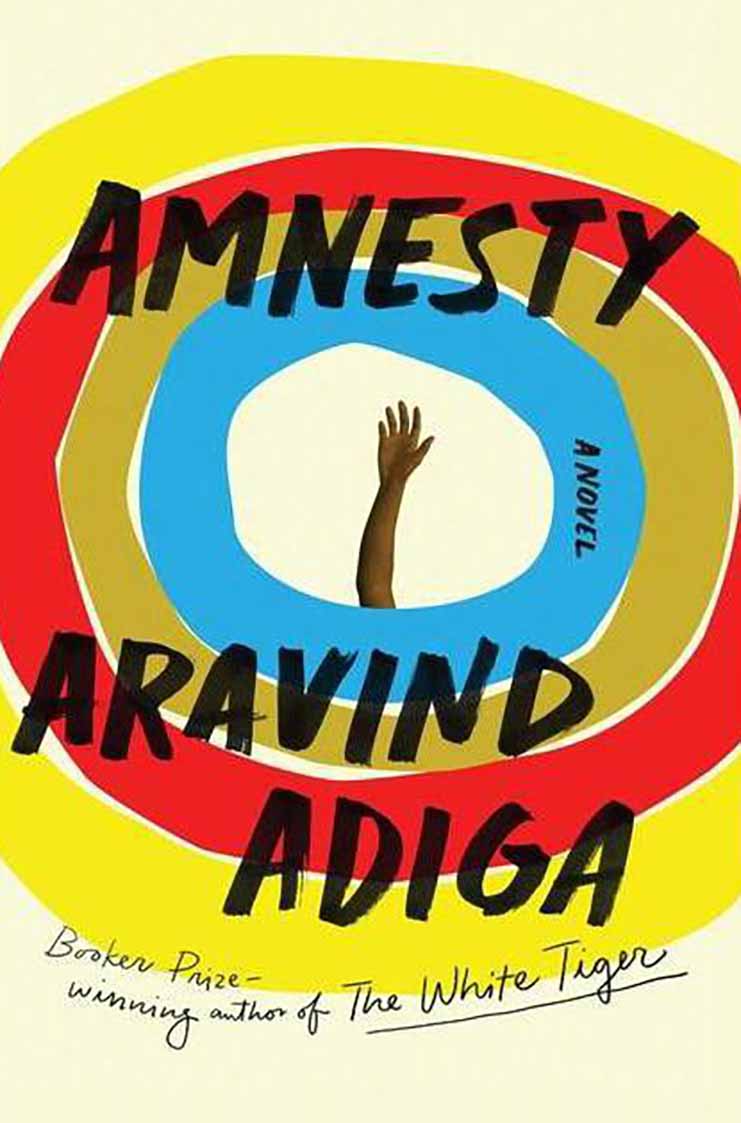 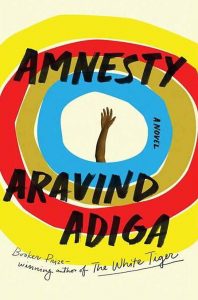 Aravind Adiga is best known as the Booker prize-winning author of White Tiger, his debut novel. Since then he has published a collection of stories Between the Assassinations, two other novels—Last Man in Tower and Selection Day, the latter of which is now a Netflix series.

Suffice to say, Adiga is a name known to many cosmopolitan readers of South Asian fiction. Indian cities and small towns and characters who lead hard scrabble lives and expose the underbelly of corruption and the human price of globalization are the mainstay of his fiction.

With Amnesty, his most recent work, he makes a slight detour. His character is an undocumented Sri Lankan in Australia and the novel focuses on one day, actually about 11 hours of a summer day from 8:46 AM to 7:45 PM, in which he ruminates over a moral dilemma and its consequences for him as an undocumented person.

Danny, Adiga’s protagonist, lives in Sydney, Australia, and comes from Sri Lanka. A Tamil man, he seeks a better life outside that war torn country where life is still precarious for a Tamil. He goes to Australia as a student in a degree mill university that accepts international students eventually seeking to settle down in Australia. Having taken all his father’s assets to support his dream, Danny gets tempted to seek employment before his education is completed and takes up odd jobs in a system that exploits the vulnerable immigrant. He loses his visa status when he starts working and is unable to pay his tuition bills.

Now Danny lurks in the shadows of Sydney’s working class world burdened by his secret. He works as a housecleaner and gives up almost half his earnings to a Greek shop owner in whose basement room he lives and for whom he does odd jobs.

His moral dilemma emerges when a Sri Lankan woman, Radha, for whom he cleans, is found dead. Danny believes that Dr. Prakash, her lover, is the murderer because he has witnessed their adulterous and disastrous sexual liaison. The place where the body is found, his view of her apartment from another client’s home, and his knowledge of the clandestine relationship persuade him that he has the clue to the crime. Danny’s dilemma is whether he should call in the tip that leads to Dr. Prakash’s capture before his impending escape to South Africa or allow Dr. Prakash to blackmail him about his immigration status.

The novel is structured around Danny’s wandering through Sydney over an 11-hour period with numerous flashbacks and stream of consciousness sections that reveal the narrative of his past. Woven through this day is a series of phone conversations with Dr. Prakash that are menacing and weird suggesting that these two men are bonded in a dysfunctional way over their relationship to the dead woman and as South Asians in Australia. The narrative structure carries deliberate echoes to both Virginia Woolf’s Mrs. Dalloway and James Joyce’s Ulysses, and unlike its modernist predecessors, this novel has a dark and gritty realism and a devastating conclusion.

Adiga explores an Australian urban landscape to write about undocumented South Asians whose lives are sporadically documented in Anglophone fiction. (Kiran Desai’s The Inheritance of Loss is definitely an important predecessor of this narrative.) This is not the exuberant narrative of an immigrant arriving in a new land but more of a narrative about the global underclass dispossessed and displaced both in the nation they left and in the nation in which they arrive. It is a novel that reflects our times in its exposure of global inequities and draconian immigration laws that target black and brown bodies. Adiga fans will not be disappointed by this novel.