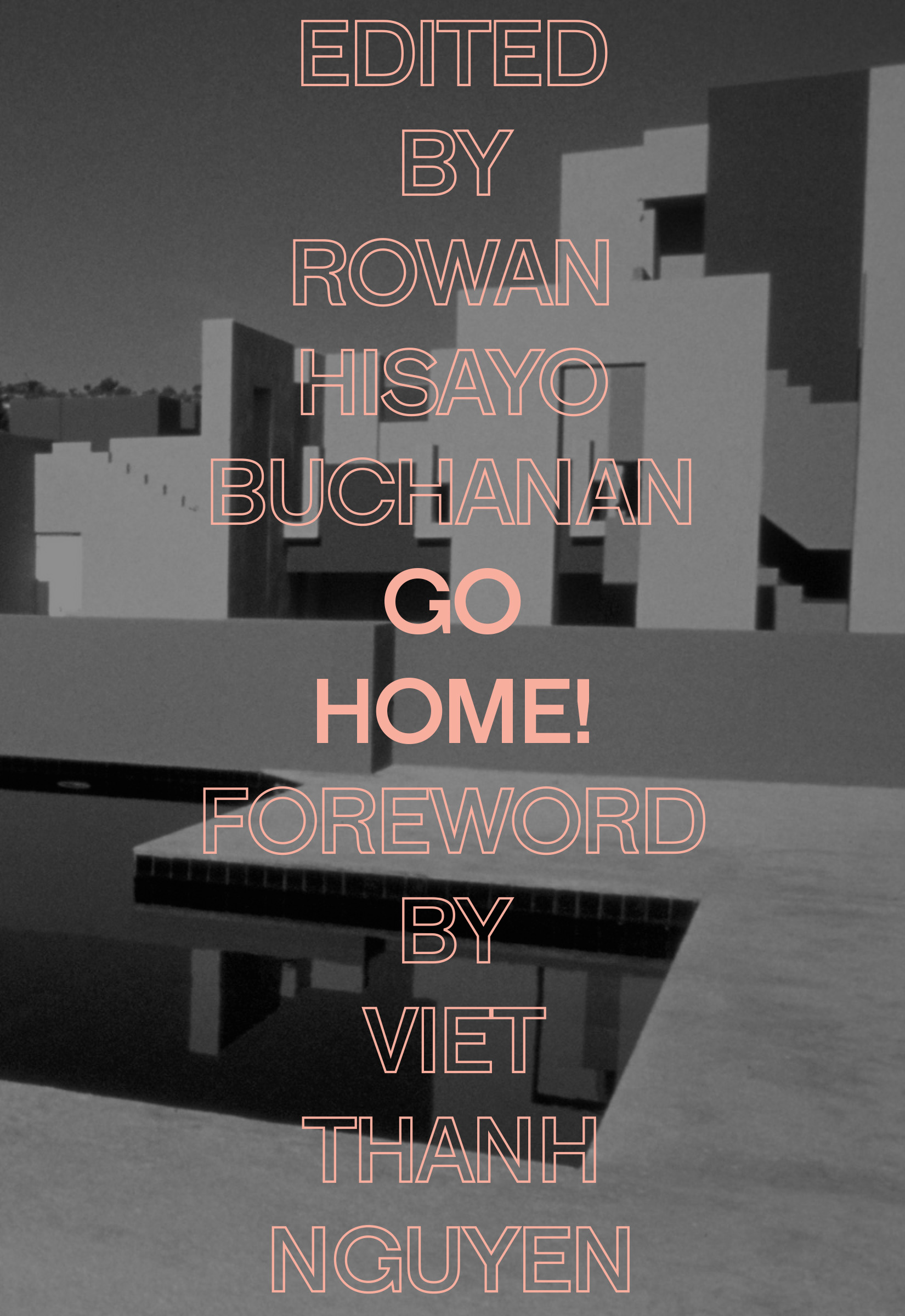 Go Home! is a compilation of a thousand different experiences in response to two very familiar words. The anthology is a partnership between the Asian American Writers’ Workshop and the Feminist Press – organizations that each have strong legacies in New York. The intersection of the two in this collaboration, along with the selections of first-time anthology editor Rowan Hisayo Buchanan, makes for a heartening collection that takes the abstraction of “home” and builds a foundation from it.

Go Home! is comprised of works from emerging and established Asian, South Asian, and Pacific Islander writers who, for Buchanan, “complicate and expand” the notion of home. As most of us know from our own lives, there are many ways to tell a story of home – geographically, emotionally, generationally, through the other familiar phrase: “Have you eaten yet?”

In Chang-rae Lee’s “The Faintest Echo of our Language,” he describes the contradictions of his mother encouraging him to learn English, only to witness her become anxious later in life over the possibility that he might have forgotten how to speak Korean. Now that she has passed away, we see him pushed in many different directions by inherited shame.

In Karissa Chen’s “Blue Tears,” another contradiction emerges. A man stationed on an island, looks across the water at Xiamen, his home from a time before the war, and tries to make out the details of his city. “They tell us it’s treasonous to miss home,” the man says, because the mainland is where the communists are, where the enemy is, what his lieutenant only calls “unfriendly people.” But the mainland is where the soldier is from, too, so what does that make him?

In the poem “Pygmy Right Whale,” Rajiv Mohabir calls on the broad and inexact taxonomies used by an oppressive majority (“a category used to classify what brown they see and do not understand”) and letting those sit beside the precise language used to describe the right whale, the careful study lent to understanding its bone structure and molecular makeup.

The foreword, written by Viet Thanh Nguyen, author of The Sympathizer, looks at the concept of home and diaspora with a critically present lens. First, drawing on a memory of his family’s struggle with being outsiders, he recalls seeing a sign posted in a shop window near his parents’ store that read “Another American driven out of business by the Vietnamese.” Next, he makes the necessary connection to experiences of incoming refugees, and our responsibility to tie our histories with the present struggle of others. Nguyen warns us against the temptation to “close the door behind us and lock it shut.”

The writing in Go Home! is bold and devastating, and the anthology becomes the very definition of reclamation. Buchanan takes a familiar slur and ultimately turns it into a writing prompt.

The notion of going home is different versions of the same fantasy, whereby even under the shared definition of those who see us as the perpetual other, we are still being commanded the impossible.

Going home as a prompt of the imagination allows us to consider where we can go from here, what Buchanan calls the “multiplicity of homes.” What happens if we try to go home? What do we find when we reach it? What languages do we speak, and who will be there to welcome our voice?