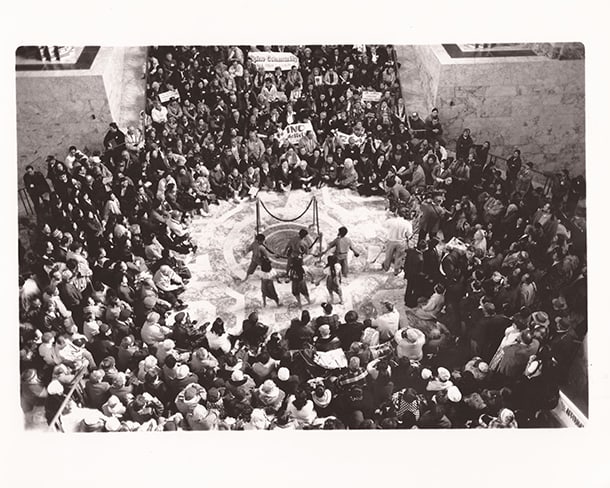 Recently, Michigan state Representative Stephanie Chang brought her two-year-old daughter to a public forum regarding land use and was chastised for taking her child to “a meeting for adults.”

It’s worth pointing out, Representative Chang is the first Asian American and Pacific Islander to serve in the Michigan State Legislature. While, being first is significant and by no means a small achievement, what’s often overlooked is the challenges and obstacles one must overcome with such responsibility.

Ms. Chang handled the situation deftly with thoughtfulness and grace, issuing a statement to the Detroit Metro Times. The statement was published in an article entitled, “A Michigan state rep dared to bring her daughter to a public meeting and some dude is pissed,” and posted by Alysa Zavala-Offman on September 27, 2017. The statement read: “As a working mom-legislator, I truly appreciate the many community meetings I attend that are accessible and friendly to all, including working parents and children, seniors, and students. I also appreciate the many individuals who welcome my daughter’s presence at discussions about issues that will affect the lives of District 6 residents—including her own. It is literally her future that I am fighting for in the Legislature. Having children at community meetings can serve to remind participants to consider an issue’s impact on families and as an opportunity for children to learn about the importance of civic engagement.”

While it’s undoubtedly a small minority of the present attendees that feels such a way, it’s a stark reminder of the challenges and obstacles not only Asian American and Pacific Islander women face, but all working moms across the board face even today.

If it weren’t for my own working mom taking me to public meetings—whether it be to the city Diversity Commission where they were talking about how to propose initiatives to make the city I was being raised a more equitable and accepting of diverse communities, or the board room where they were arguing educational policies—I might not have even noticed or developed a curiosity about what was going on and, later, a desire to participate.

Likewise, it was hearing stories from my mother, newspapers, and other media as I grew older of local AAPI leaders like Uncle Bob Santos, Auntie Ruth Woo, Uncle Al Sugiyama, Auntie Dolores Sibonga, leaders like Wing Luke, Ruby Chow, and many more who inspired me by their example. They showed the kid I was at the time that even those with “funny last names” who looked like me that we could be leaders and champions to our communities, too.

Those real-life examples gave a young person like myself accessible models of community leaders I might aspire to be. My personal reward was that some of these same childhood heroes would one day become my mentors, champions, and dear friends. If it weren’t for them, I possibly would not be here, serving as one of the youngest AAPI’s to ever serve in public office in Washington state.

Despite being over half the population, women are disproportionately represented in government. In 2017, women comprised 20% of Congress, and 24.8% in state legislatures across the country. Asian American and Pacific Islanders are the fastest growing population comparatively to other ethnic groups, according to the 2012 Census. Asian American and Pacific Islander women comprise only 2% of Congress and 2% of state legislatures, according to data collected by the Congressional Research Service and National Conference of State Legislatures.

Any candidates for public office are already scrutinized today. However, female candidates often face additional scrutiny, and women of color face even more. They face a litany of questions depending on age, marital status, or other questions that their male counterparts rarely are asked. Whether it be physical appearance, or choice of dress, or criticism for showing any kind of emotion. No, it’s not new, but blatantly unfair, wrong, and does tremendous harm deterring many from even considering running in the first place.

There are many training programs for women interested in running for office that exist at the local, state, and federal level. From the National Women’s Political Caucus of WA, VoteRunLead, and Emily’s List to trainings especially tailored to APIA candidates by the Asian Pacific Islander American Institute for Congressional Studies.

Our government works best when all of us feel heard and have representation at the table. Public trust and faith in our ability to solve problems is directly related to representation. It’s on each of us to encourage, mentor, and provide support to young people especially AAPI women and working moms to run for office and or serve on boards and commissions. As we endeavor to do more with voting rights, where we are fighting to making it easier and less troublesome for people to register to vote, not more difficult, we should do the same to encourage quality AAPI women candidates to continue to run for public office.

In the four years that I’ve had the privilege to serve in office, I have and continue to speak at workshops and candidate trainings encouraging AAPI women, young people, LGBTQs, and others to run for public office. I’ve also helped and encouraged several AAPIs to run for office and provided mentorship after they’ve been elected.

I promise to do what I can to continue this effort. What are you ready to do?