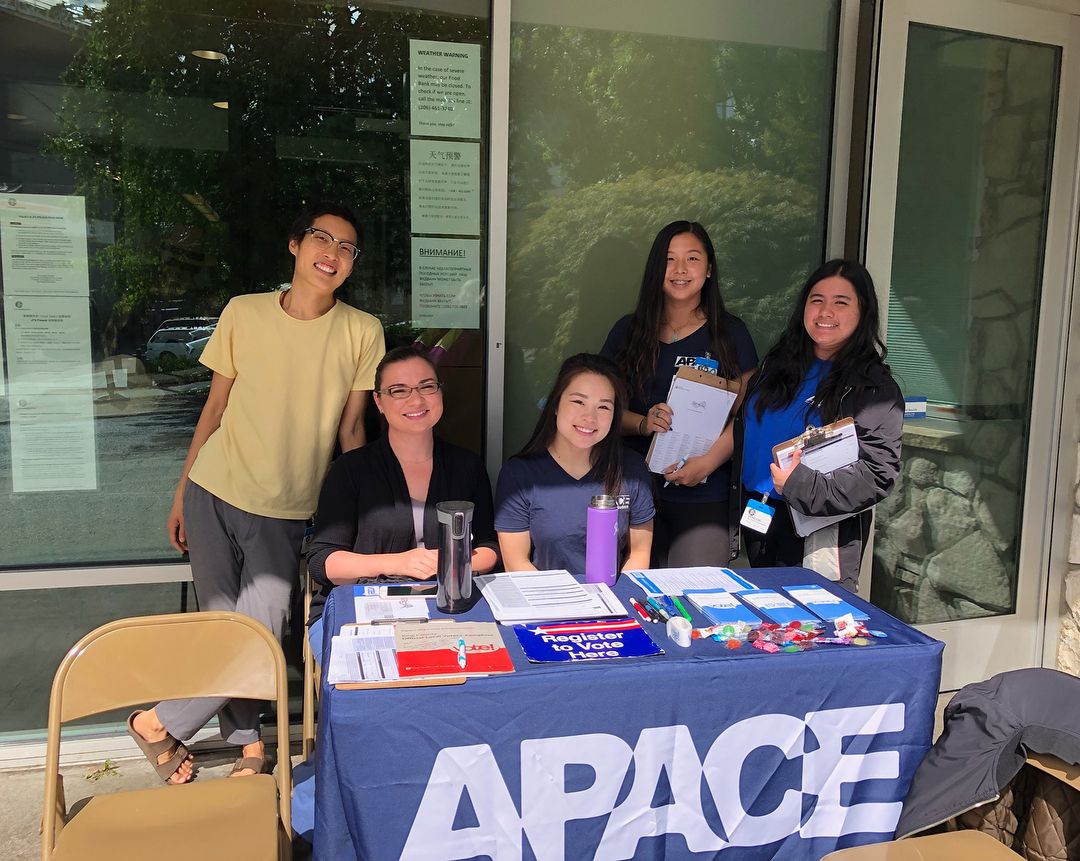 Next year, APACE will participate in a coordinated, legislative effort to reverse Initiative 200, the prohibition of WA State Affirmative Action programs. This fight is essential to preserving our civil rights legacy and our democracy. Democracy in the U.S. only really began to function after the civil rights movement of the 60’s, and our democracy has been systematically eroded since with voter suppression laws, gerrymandering and the disproportionate disenfranchisement of people of color.

APACE was developed out of the fight to save WA State Affirmative Action in 1997. At that time, APACE’s name was the “Asian Pacific American Coalition for Equality.” JACL Seattle and JACL National seeded this organization with money and an office on Jackson Street. Manny Lee, Doug Chin and I were co-chairs with the help of Karen Yoshitomi, Jeffrey Hattori, Wang Yung, Connie So, Sharon Tomiko Santos, Brian Surratt, Raul Gupta and dozens of other community activists. We hired Xuan Trang Tran Thien as a community organizer to work in coalition with other communities of color and women’s groups to fight against Initiative 200. People slept on the floor of the office and worked 24/7.

At the end of the 10-month long campaign, our state-wide coalition included 20,000 AAPIs and 19 AAPI organizations. In King County where we concentrated our work, the “no” vote for the Initiative was 78 percent, a victory for our work. Statewide, however, was a different story. The Initiative passed, and WA State Affirmative Action Programs ended with white women being the decisive vote. Ironically, white women benefited the most from Affirmative Action since the late 60’s, but they voted to end affirmative action, sacrificing their own best interests for their sons and husbands.

Affirmative Action programs came out of the civil rights movement to combat systemic discrimination against people of color. In 1961, President John F. Kennedy issued an Executive Order to ensure employment opportunities to people without regard to their race, creed, color or national origin. “The intent of this executive order was to affirm the government’s commitment to equal opportunity for all qualified persons and to take positive action to strengthen efforts to realize true equal opportunity for all.”

Later President Johnson expanded the order to other areas and groups of people. Networks of deeply ingrained old boy’s clubs advantaged those already in power in employment, government contracting and higher education admissions

Affirmative action opened these systems of opportunity to everyone. There was recognition that the status quo was deeply biased and that “affirmative action, positive action, actions fundamentally different, had to replace the old boy’s clubs.

In government contracting, Affirmative Action required advertising opportunities and open bidding processes and replaced secret nepotism where contracts went to friends and relatives of government officials. Bids had to be sealed and awards were based on cost, efficiency, and comprehensiveness, not who you knew.

In higher education, admissions were based on grades and test scores, not legacies of alumni nor how much your family could donate to the university. In the past, admission officers would assess “fit” – theoretically helping applicants to feel “comfortable,” by turning down an applicant. Currently, higher education admissions not only looks at academic merit, but the whole student – race being just one of many factors including economic background, work history, leadership experience. “Merit” never was a rational, neutral criterion; “merit” was defined by white culture only.

People don’t want to be treated the same, but differently according to their specific situations. For example, when you have two children, one 10 years old and the other two years old, do you give them the same amount of milk to drink?

Affirmative Action has been opposed with attacks of “reverse discrimination,” It is not racist to be race conscious. Race still matters in the America of 2018. Trump’s “Make America Great Again” is thinly veiled white supremacy – so deeply embedded in our society and history.

Affirmative Action is still necessary to address systemic, deeply embedded discrimination against people of color, women, LBGTQ, the economically disadvantaged and the disabled.

Affirmative Action is still needed for AAPI’s. We are still under-represented in higher levels of government, occupations and higher education. Affirmative Action tools help AAPI’s participate fully in our society.