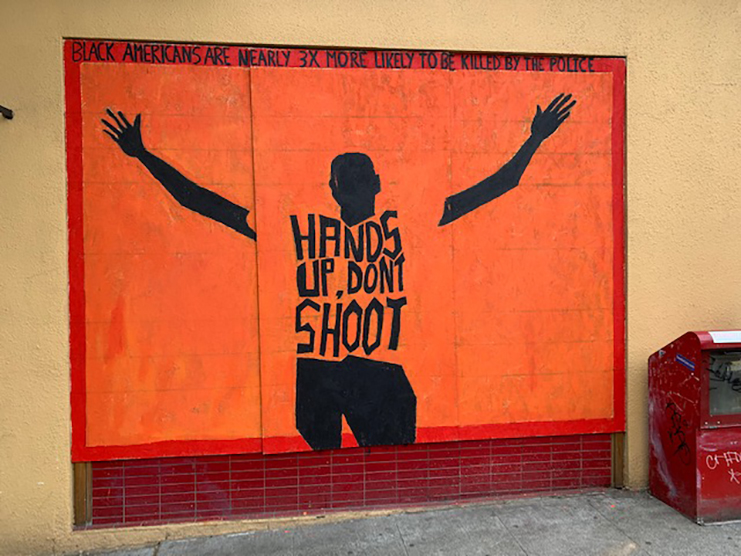 Without a doubt, the pan-Asian community has faced and continues to face racism, discrimination and xenophobia in America. However, that does not mean the pan-Asian community is the only victim of such mistreatment. In fact, anti-blackness and colorism run deep in our culture, despite the history of Black and Asian/Pacific Islander Americans fighting together for social justice in the 1960s. While those achievements helped Asian/Pacific Islander Americans gain many freedoms, Black folks are still experiencing harsh discrimination that can often be found within our own Asian communities. With the death of George Floyd (where one of the police officers complicit in his death was Tou Thao, a Hmong man), and the surge in movements like Black Lives Matter, it is incredibly crucial that we, the Asian/Pacific Islander (API) community, can understand and acknowledge our own discrimination against the Black community.

It truly hurts to continue to see people commit such wrongs against Black, Indigenous, and other people of color (BIPOC). But merely saying that we should address the anti-Blackness sentiment in our society with only an apology barely scratches the surface. One of the main reasons there is such a chasm formed between the two communities is because of the model minority myth; stereotypes set by white Americans to pit Asian Americans against other BIPOC. Even then, the model minority myth tends to overlook many other lesser-known and struggling ethnicities in the pan-Asian diaspora as there is a large disparity in support and resources for them.

The model minority myth entails that there are fundamental traits in Asians that propel them to academic and financial success in such a way that makes them more acceptable to white Americans. Capitalist America would instead have the Asian community stay subservient, unassuming, and silent in order to reap the benefits of acceptance and privilege. It is more common than you think to hear older generations say, “Why can’t Black people work hard like the Asians to become successful?” and pin the problem on a poor work ethic. But this comes out of misrepresentation and shallow understanding of the situation. This comparison between two minorities only serves to harm as it oversimplifies the problem of systemic racism. It also dismisses the fact that Asians living in the United States benefit from the privileges fought for by both the Black and Asian communities coming together to fight for rights, equality, and genuine acceptance throughout history.

It is essential to realize that the API community’s anti-blackness does not exist entirely at a systemic institutional level. Rather, it manifests itself in a day to day aspect through colorism, classism, appropriation of Black culture and policing Black bodies. While I was growing up, and still to this day, my friends and relatives in the Vietnamese community enforce beauty standards that glorify Eurocentric features, such as pale porcelain skin, and consider darker skin tones ugly and low class. They also associate Black men as aggressive and dangerous, dismissing their humanity. They knowingly or unknowingly fell into the model minority myth by keeping silent at the atrocity afflicted upon Black folks around them to be more accepted by white Americans.

This problem has persisted for ages, but now more than ever, with the death of George Floyd and countless others with him, the anti-Blackness in the Asian community needs to be actively dismantled. It is not guilt accompanied by a simple apology that will lead us to the right side of history. We need to discuss what has been going on around us. It can be difficult, particularly if you are conversing with immigrant or refugee family members and peers. It is important to remember that the suffering of Black folks does not invalidate other people of color’s experiences, but rather, to understand that there is a gap in vocabulary and frame of reference due to language and cultural barriers that will require a nuanced discussion.

We can achieve justice, peace, and freedom through solidarity. This means taking the steps necessary to unlearn the harmful behaviors and concepts that remain in our lives. It means doing the hard work of educating yourself with plenty of resources available, listening to Black folks, and showing up for them. That can be done through signing petitions, e-mails, calls to your political representatives, and donations to causes that need your support. Take action over showing guilt and fight against anti-Blackness and systemic racism. Use your privilege and your voice to advocate for Black lives. The change you want to see starts within you.