In preparation for The Longest Day, an annual event on the summer solstice that raises funds for The Alzheimer’s Association, five local Zumba instructors have organized a Zumbathon event.

Led by Victoria Lum, who lost her mother to dementia, the team will host 90-minute Zumba classes between now and the summer solstice, donating all funds raised to the Washington State Chapter of The Alzheimer’s Association. The first class will take place on Saturday, March 11, 2017 at the Blaine Memorial United Methodist Church from 11:30 a.m. to 1:00 p.m. On-site registration will open at 11:00 a.m.

To register for the Zumbathon, visit http://dance4thememories.bpt.me/ 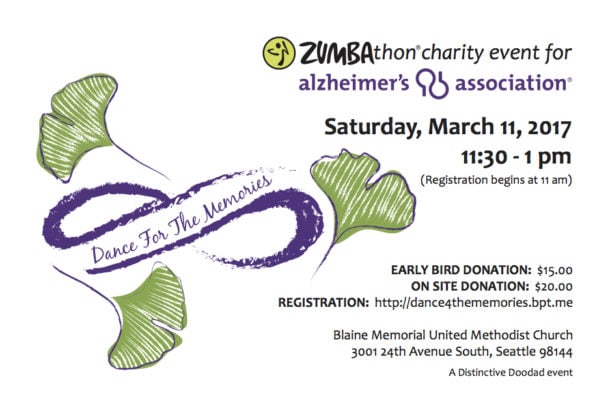