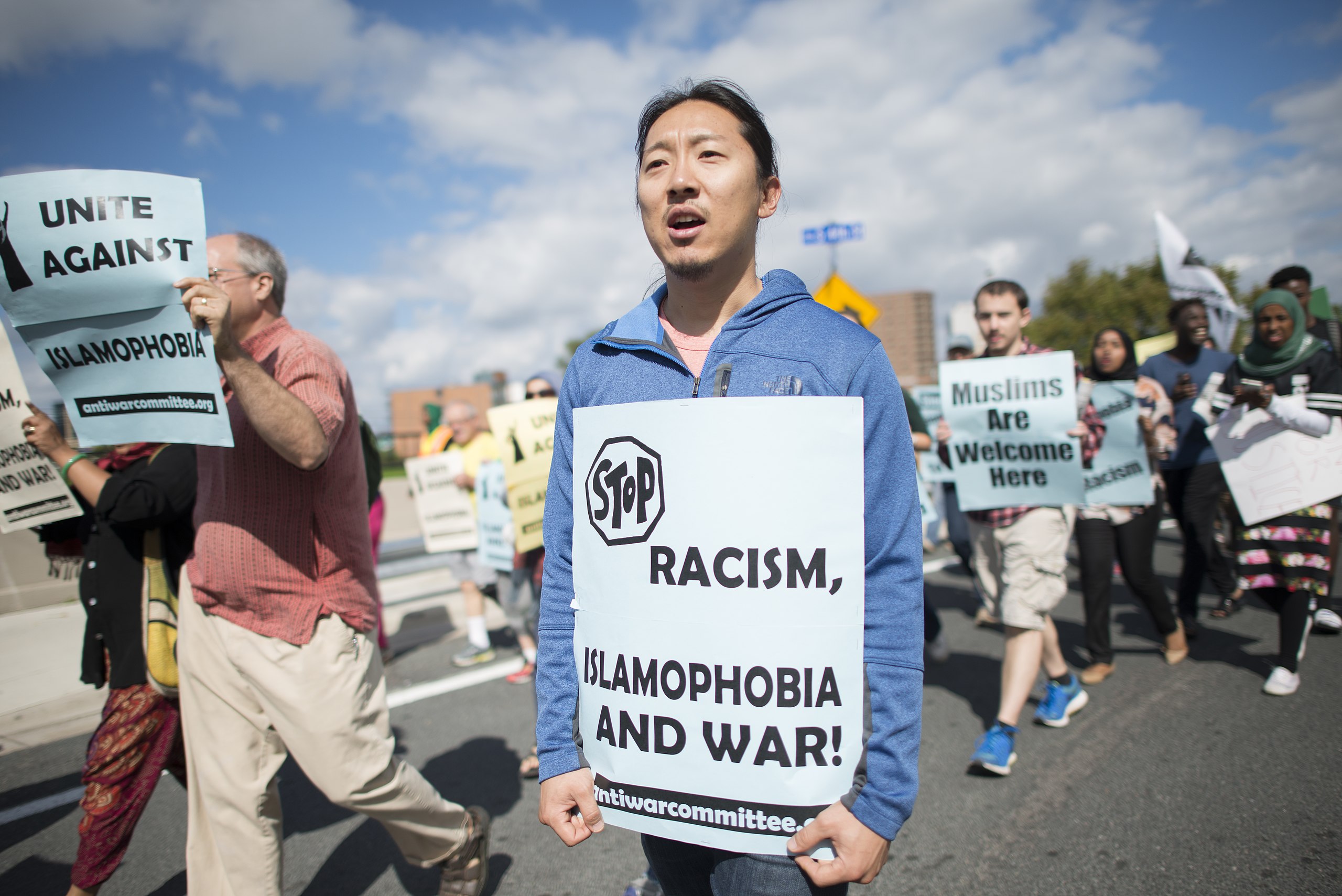 On Sunday, January 15, 2017, more than 100 local middle school and high school students of a variety of faiths are expected to attend a 4-hour workshop where they will learn about Islamophobia, local, and national hate crimes and bullying. They will also write letters to editors with assistance from local journalists, media representatives and other teachers who are volunteering their time to coach students in this youth advocacy workshop. The event will end with a press conference for the youth to share their personal stories, and concrete action that they can take to fight Islamophobia every day.

The event is organized by the American Muslim Empowerment Network (AMEN), a new initiative of the Muslim Association of Puget Sound (MAPS) and Kids4Peace, a local youth-based interfaith group. See Facebook event page for more information and the broad coalition of over 80 different groups co-sponsoring this event: www.facebook.com/events/1369444719753997/

The event is free and online registration is available at www.tinyurl.com/mlkdayworkshop

WHAT: Workshop to teach students how to use personal stories through media to fight Islamophobia

This four-hour workshop will empower youth with the tools to speak out publicly against Islamophobia, with a particular emphasis on using media to tell positive personal stories.

“Never before in our nation’s history have reported anti-Muslim hate crimes been as high as in 2015, and 2016 seems to have been even worse. According to studies (Media Tenor and University of Hawaii and University of Exeter), this is likely caused by years of defamatory portrayals of Islam and Muslims in entertainment media, news coverage, and commentary, and in part by promotion of anti-Muslim conspiracy theories by numerous leaders. While no federal agency collects data on discrimination targeting children based on religion, according to community surveys, 80% of American Muslim youth have been targets of bullying and discrimination, often in front of their teachers or school administrators,” said MAPS-AMEN Executive Director Aneelah Afzali.

She added: “In light of this, fair-minded leaders and everyday people across our nation have a duty to speak out — to publicly and vocally affirm American values of religious freedom, and publicly and vocally tell stories of the lives and contributions of American Muslims they know. This can be done in simple ways including letters to editors and during speeches at large public events, and this Sunday’s workshop will hopefully empower over 100 local youth to do just that.”

“On the eve of Martin Luther King Day, our hope is to inspire youth to capture the spirit of Dr. King and renew their commitment to fight for equality and justice,” said Kids4Peace Regional Director Jordan Goldwarg. “Given the rise in Islamophobia and hate crimes targeting Muslims, it is urgent for youth of all faith backgrounds (and no faith background) to stand shoulder-to-shoulder with their Muslim peers, sending a strong public message that we will not tolerate hate and discrimination in our communities.”