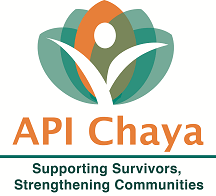 The following is an announcement from API Chaya:

June is Pride Month. Fiven the tragic events in Orlando on Sunday, we also wanted to share some chances for us to celebrate and support all of our fabulous Lesbian, Gay, Bisexual, Transgender, Queer and Questioning family, communities, loved ones, and ourselves! We recognize that LGBTQ people, especially LGBTQ people of color, have always been a visionary and essential part of our movements for liberation. Given that the mass shooting in Orlando targeted many LGBTQ Latinx and other LGBTQ people of color, and the aftermath has meant increased threats to our Muslim (including our LGBTQ Muslim communities), we want to highlight the following events:

Altar para Orlando
June 15 to 17
Entre Hermanos
Entre Hermanos invites the general public to help build an altar to honor the memory of those we lost during the Latino LGBTQ Night at Pulse Club massacre this last Sunday June 12th in Orlando. Altars honoring the dead are part of our Latino culture and they play an important role in our grieving process. This altar provide us with a way to pay our respects and express our collective grief at the tragic loss of many Latino LGBTQ lives in Orlando.

Makibakla! BQC Reportback from the Philippines
June 16 at 6:00 p.m.
Beacon United Methodist Church
Join the Bayan Queer Collective (BQC) for an evening of sharing and snacks. Four members of the BQC traveled to the Philippines to learn about the living conditions in the Philippines and to integrate with Gabriela, Cordillera Peoples Alliance, Ifugao Peasant Movement and Kadamay urban poor organizers.

All Our Ishq: An Evening of Healing and Expression for LGBTQ Muslims and allies
Saturday, June 18 from 7:00 p.m. to 9:00 p.m.
Timbre Room Patio
Please join NOOR (Seattle’s LGBTQI+ Muslim group) members and allies at the Timbre Room patio (1809 Minor Ave., Seattle, Washington 98101 – Located behind Kremwork/Re-Bar) for “All Our Ishq”, a celebration of queer people of Islamic origin in the community. It will take place on Saturday June 18th from 7pm to 9pm.

API Chaya Community Education Series: Building Autonomy and Safety for Everybody
June 22 from 6:00 p.m. to 8:00 p.m.
2100 Building
Join us for a special topic class on self-defense and wellness by BASE. BASE is a collective of queer and trans folx that are working towards liberation for people here and everywhere. Building Autonomy and Safety for Everybody is a response to the violence happening to women, trans and queer people in Seattle and all over the world. We see self-defense as a community-based strategy to defend our bodies, livelihood and communities and as inherent to self-determination.

Family Is Still Family
July 10 at 3:00 p.m.
El Centro
The National Queer API Alliance put together several multilingual PSAs that feature API parents of LGBTQ kids sharing their stories—and love—for their kids. Check out the link below and then join NQAPIA and Trikone NW for a workshop on July 10 at El Centro to hear Asian, South Asian, and Southeast Asian parents share their experiences of confusion, fear, love, acceptance, and celebration of their LGBTQ children.

The PSAs are here: http://www.nqapia.org/wpp/api-parents-who-love-their-lgbt-kids-multilingual-psa-campaign/