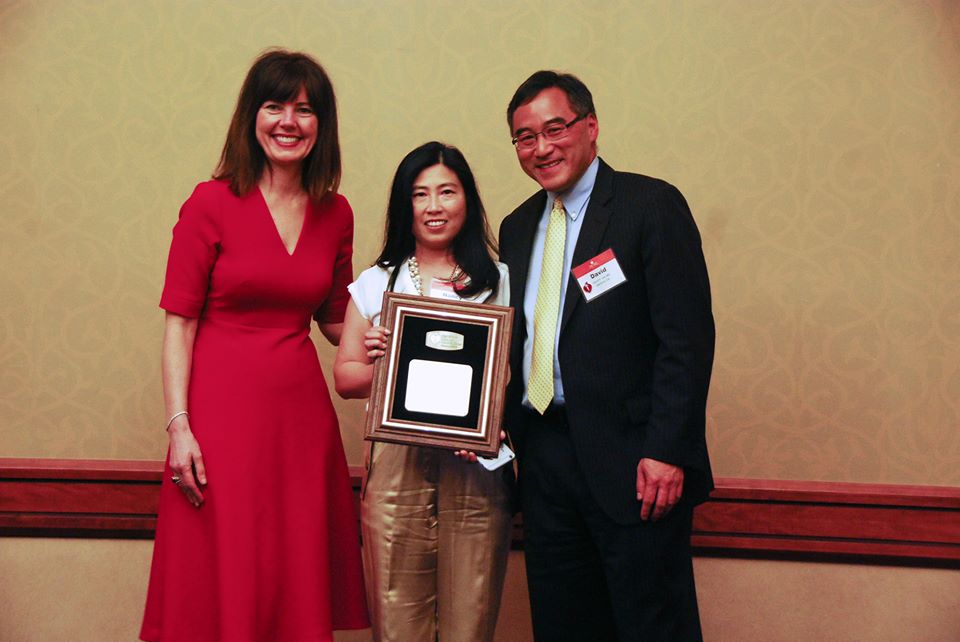 The following is announcement from American Heart Association:

The American Heart Association (AHA) honored Marni Hughes with its annual Communications Award for outstanding work by a volunteer in promoting the lifesaving message of the AHA. Hughes has championed heart and brain health to Q13 staff and viewers, organizing the #Q13HeartChallenge in February and arranging time for co-workers to learn CPR. Through Q13 and the Go Red For Women movement, she has helped raise awareness about heart disease in women and served as a local Go Red For Women Ambassador for several years.

“Seattle is a diverse city. It is very important to bridge the health and wellness gap in this community and strive to eliminate health care disparities due to race, ethnicity, and gender,” said Lee in a statement.

The AHA’s Western States Affiliate Volunteer Awards were presented on June 6, 2017 in Sacramento, Calif. during a reception and awards dinner. Nominations came from 10 states. “Of the tens of thousands of volunteers who work with us every day to save lives, our awards recognize those who have gone above and beyond over time, and in very special ways,” said Kathy Rogers, Executive Vice President, American Heart Association Western States Affiliate, at the awards dinner.