Seattle will be hosting the 2016 UniPro Summit at the Filipino Community Center (5740 Martin Luther king Jr. Way S. Seattle, WA 98118) on Saturday, October 29 from 8 a.m. to 5 p.m. Pilipino American Unity for Progress (UniPro) is a New York City-based 501(c)(3) nonprofit organization with chapters in San Diego, Seattle and Chicago that aims to engage Pilipino Americans through collaboration, advocacy and education. Ultimately, UniPro asks Pilipino Americans to critically answer, “How do you define Progress?”

Keynote speakers for the summit are: 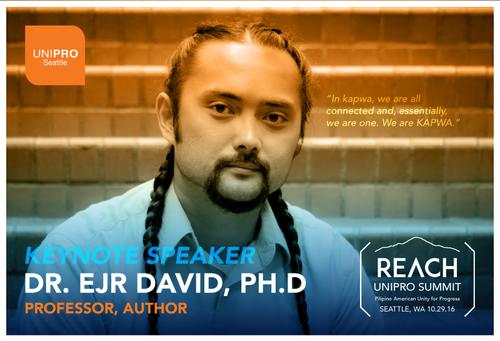 EJR David, Ph.D, an Associate Professor of Psychology at the University of Alaska, Anchorage. He is of Tagalog and Kampampangan heritage, was born in the Philippines and grew up in Alaska. 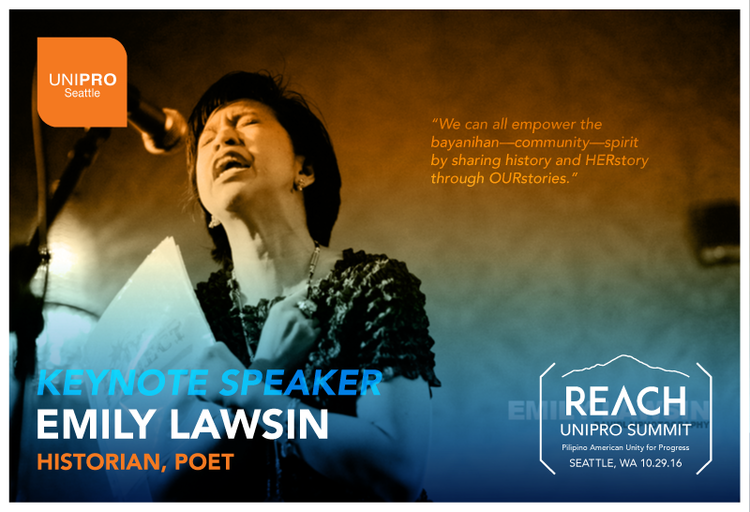 Emily P. Lawsin, a second-generation Filipina American born and raised in Seattle who has been an oral historian and spoken word performance poet since 1990. She has appeared on television, radio, and stage throughout the United States and Manila. 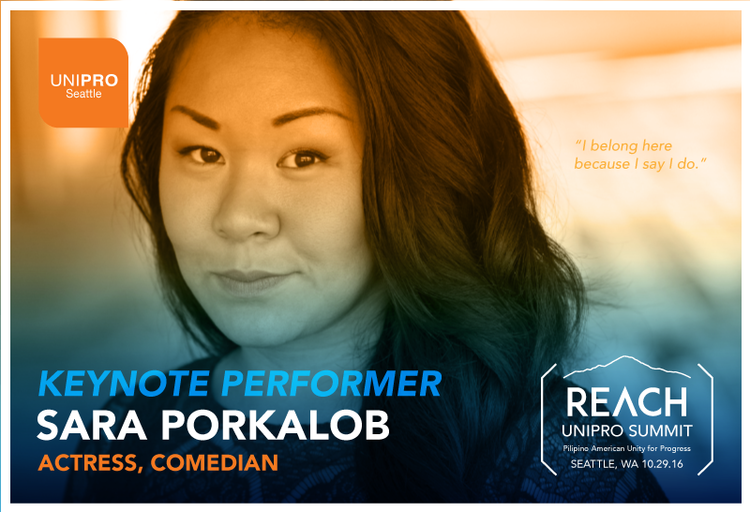 Sara Porkalob, a Seattleite who graduated from Cornish College of the Arts. She is an actress and comedian that specializes in site-specific performance, arts activism, immersive arts education, and theatre theory.

Click here to register for the UniPro Seattle Summit 2016.