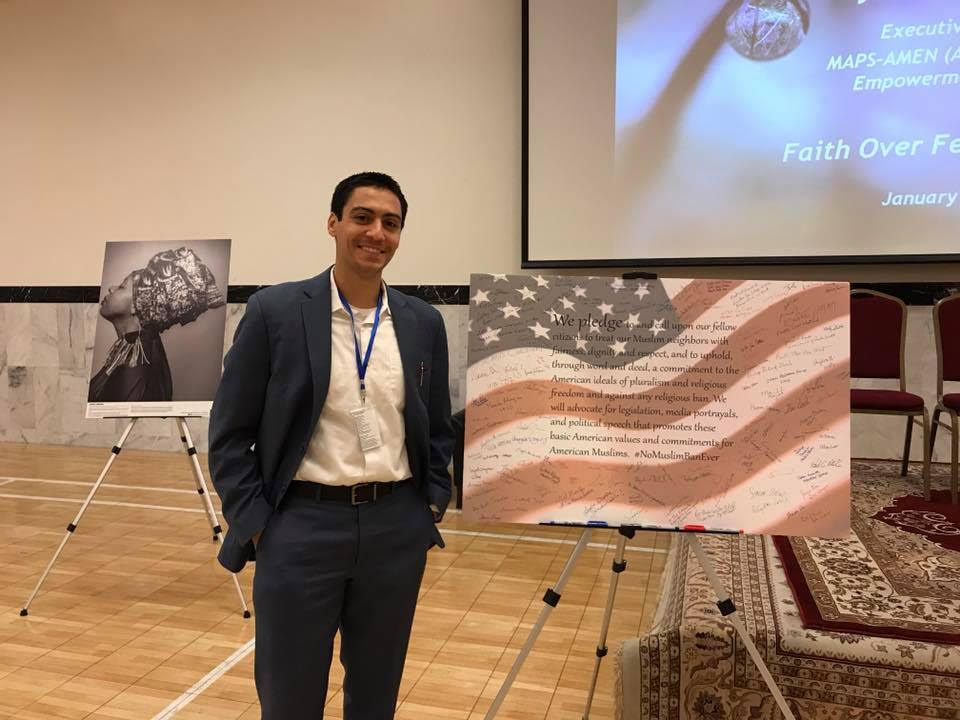 The following is an announcement from the Council on American-Islamic Relations (CAIR-WA):

Over 90 Christian, Jewish, and Muslim clergy have made commitments to promote religious freedom for all Americans as the beginning of a national movement.

One year after President Trump signed Executive Order 13769 (commonly called the Muslim Ban), faith leaders  from across the country spent three days together to strategize on how to best counter anti-Muslim bigotry and promote religious freedom for all Americans. Methodist, Baptist, Muslim, Jewish, Lutheran, Episcopal, Catholic, Mormon, Evangelical, Presbyterian, and other faith leaders came together across their diverse religious traditions to promote a culture that treats all Americans with the same dignity, fairness, and respect.

More than 90 faith leaders signed the “Faith Over Fear” pledge. The full text of the pledge is as follows:

“We pledge to and call upon our fellow citizens to treat our Muslim neighbors with fairness, dignity, and respect, and to uphold, through word and deed, a commitment to the American ideals of pluralism and religious freedom and against any religious ban. We will advocate for legislation, media portrayals, and political speech that promotes these basic American values and commitments for American Muslims.
As a leader in my community:

Terry Kyllo, Director, Neighbors In Faith:
“As I engaged faith leaders across western Washington, I realized that faith leaders are key to turning the tide on Islamophobia. They are in every neighborhood, in every town, in every state. They have read their history and know what happens when we dehumanize a group, and that it does nobody any good. But they kept asking how they could respond to the top anti-Muslim assumptions and what they and their faith communities can practically do. This event grew from their questions.”

Aneelah Afzali, Executive Director, MAPS-AMEN (American Muslim Empowerment Network of the Muslim Association of Puget Sound):
“A year after introduction of the unconstitutional and cruel Muslim travel ban — and in the face of an industry spending millions upon millions each year to promote a narrative of fear and divisiveness by spreading misinformation about Islam and conspiracy theories about Muslims — it is more important than ever for us to unite as Americans and affirm the equal rights and dignity of all.  This conference of faith leaders seeks to launch a national movement to effectively and positively combat Islamophobia using facts over fiction, love over hate, and faith over fear.”

Catherine Orsborn, Executive Director, Shoulder-to-Shoulder:
“The one year anniversary of the Muslim ban is the perfect time for faith communities to be coming together to show that we aren’t going anywhere, but are digging into the long-term work of creating more fair and inclusive communities. We will continue to stand alongside one another in challenging policies that don’t comport with our national ideals, as we work to make our country a better place for all of us.”

Jasmin Samy, Civil Rights Director, Council on American Islamic Relations Washington:
“The Muslim ban has caused extreme hardship among American Muslims in our community, cutting them off from their families and further fueling an anti-Muslim climate in this country. It is crucial that people of all faiths stand together against bigotry and prejudice that threaten safety and civil liberties of our community as well as our nation’s core values.”