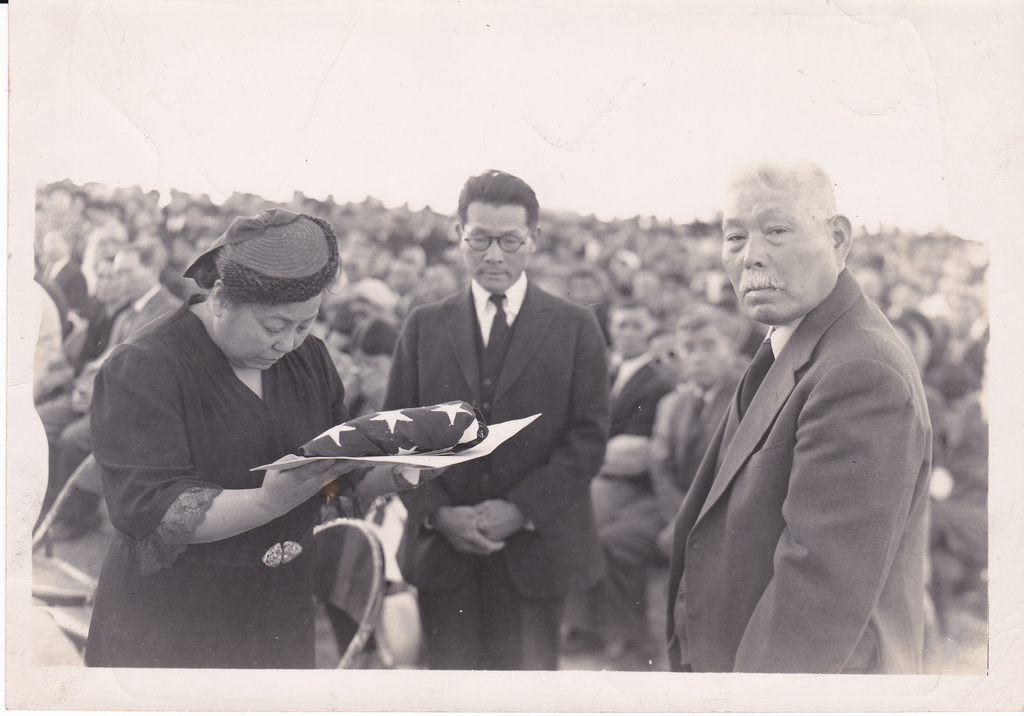 The Nisei Veterans Committee (NVC) and NVC Foundation (NVCF) will host a panel of Muslim American and Japanese American speakers to share their experiences regarding facing anti-Japanese and anti-Muslim prejudice and rhetoric. The panel event will be held at the Nisei Veterans Hall, 1212 South King Street, Seattle, WA, on Saturday, August 5, 2017 at 7:00 pm. The event is free and open to the public.

In 1942, President Franklin D. Roosevelt signed Executive Order 9066 that led to the incarceration of 120,000 Japanese Americans based solely on their ethnicity. Anti-Japanese rhetoric of the time inflamed public opinion against all Japanese Americans. People lost jobs, homes, farms, businesses and most importantly, their freedom. Despite this, many Japanese Americans left the camps to serve in the famous 442nd Regimental Combat Team, 100th Battalion, and Military Intelligence Service (MIS) — all segregated armed services units. When the 442nd RCT returned from overseas in July 1946, President Truman welcomed these veterans home, saying, “You fought not only the enemy, but you fought prejudice — and you have won.”

During the past 15 years, rhetoric around the “War on Terror” has grown more heated in American society.  This rhetoric too often results in expressions of prejudice against Muslim Americans, and has even led to acts of violence.  Significant parallels can be drawn between the experiences of Muslim Americans today and the experiences of Japanese Americans before, during, and after WWII, when the government removed 120,000 Japanese-Americans from their homes and incarcerated them in concentration camps.

The Nisei Veterans Committee legacy is based upon the principles of democracy and freedom from discrimination — a legacy that calls upon us to fight for all American citizens, and promote and protect the American way of life as guaranteed and set forth by the Constitution of the United States.

The NVC Foundation mission statement is to “Honor the Past, Educate the Future”.   We are dedicated to honoring this legacy and pursuing this mission, applying them to the present, and preventing government actions similar to the Japanese American incarceration from ever happening again.