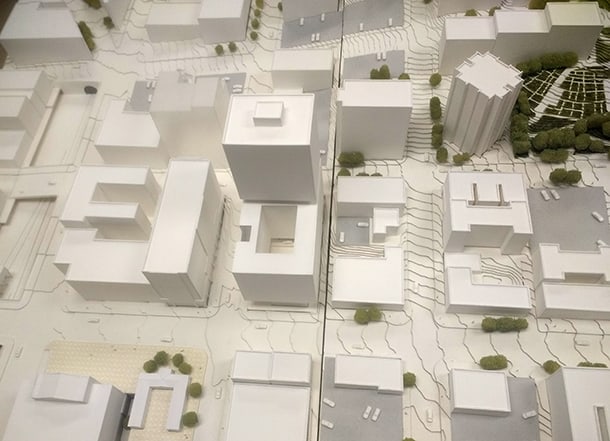 Another large development is coming to the Chinatown International District. A new 24-story building containing apartments, a hotel and retail spaces is planned for 500 S. Jackson St., which is currently a surface parking lot. The building will include 200 apartments, a hotel with between 150 and 180 rooms, retail and restaurant spaces, and between 130 and 250 parking spaces.

Tomio Moriguchi, former chair of Uwajimaya, will help develop the project. On May 8, Moriguchi joined members of the project’s architectural team to speak about the plan at a May 8 International Special Review District (ISRD) meeting.

The first ISRD meeting for the project addressed preliminary design (bulk, massing and scale) and use. Before the meeting, activist anti-displacement group Humbows not Hotels (or the Chinatown International District Coalition) invited members of the public to share comments for the meeting’s public comment period.

The project is the latest major development planned for the neighborhood. A 14-story hotel is planned for 8th and Lane St., and an 18-story building containing 200 condos is slated to break ground this spring at Fifth and Main.