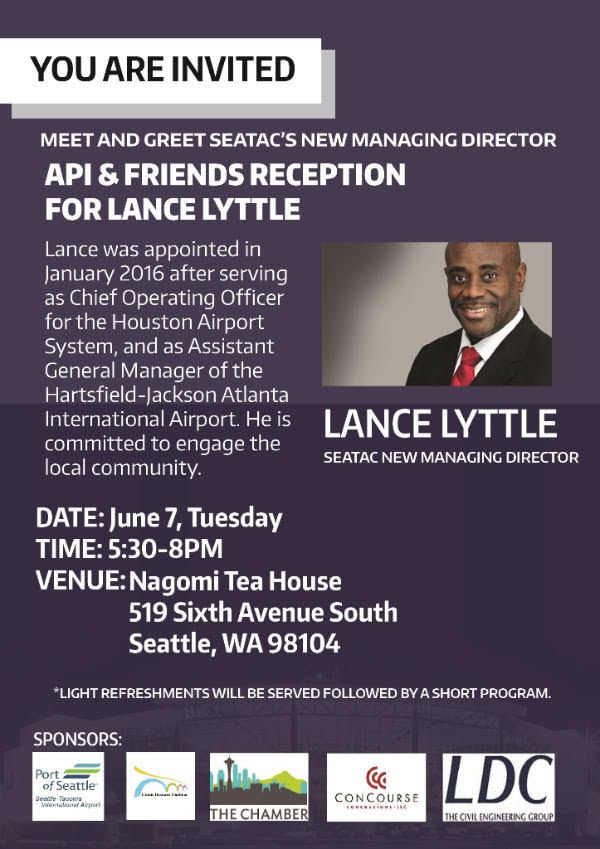 There will be a meet-and-greet for Seatac’s new managing director, Lance Lyttle, on June 7 from 5:30 to 8 p.m. at the Nagomi Tea House (519 Sixth Avenue South, Seattle, WA 98104). Light refreshments will be served followed by a short program.

Lance was appointed in January 2016 after serving as Chief Operating Officer for the Houston Airport System and as Assistant General Manager of the Hartsfield-Jackson Atlanta International Airport. He is committed to engage the local community.