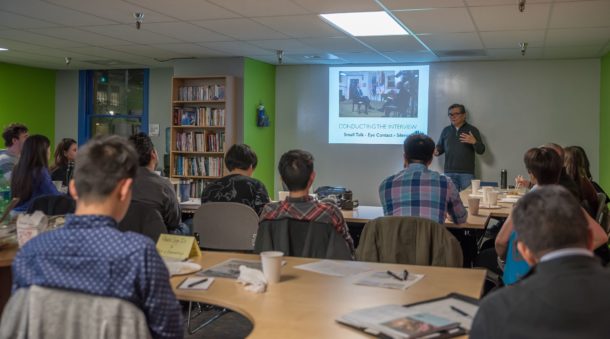 On Saturday, June 10, retired television producer Matt Chan will be leading a workshop on filmmaking and storytelling for Nikkei Horizons and interested community members.

Matt Chan spent his career as a television producer creating national network shows, including “HOARDERS” for A&E.  At the workshop, Matt will share his experiences, help you improve your videos, as well as screen some of his work and talk about the state of television today. One of his short films, “WHO KILLED DONNIE CHIN”, will be shown and discussed. This film was chosen by the 2017 Seattle Asian American Film Festival to be screened on their opening night.

With over forty years of experience in television, Matt was one of the few Asian Americans in the industry. He has earned numerous awards and is one of the only people of color on the Hollywood Reporter’s Top 50 Reality Power Producers list.

The workshop will be free and open to the public. Light refreshments will be provided by Keiro Northwest Catering. Organizers are requesting that guests make $10 donations at the door to benefit the International District Emergency Center.