The next in a series of “Find it, Fix it” Community Walks to gauge and solve problems that contribute to public safety issues happens next Tuesday, July 29, at Rainier Avenue and Genesee Street from 7:00 p.m. to 9:00 p.m. The walk begins in the Jumbo parking lot.

At the walks, community residents, police, and city officials identify physical disorder and solve it. The walks incorporate the Find It, Fix It application, which allows users to note identification, notification and action taken on graffiti removal, street lighting, litter and garbage clean-up, and trimming overgrown bushes and trees. 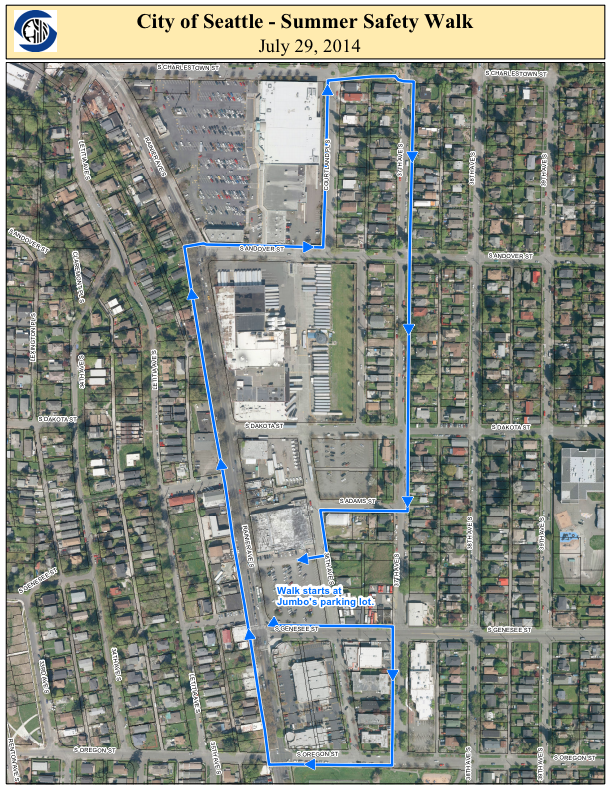 Walk commences along the following route:

Additional ‘Find it, Fix it’ Community Walks will be announced in the coming weeks. The next scheduled walk will take place on August 12, from 7:00 p.m. to 9:00 p.m. in the Rainier Beach neighborhood, at the intersection of Rainier and Henderson.

Residents are also encouraged to participate in the August 5 Night Out for Crime in their own neighborhoods. For more information and to register your event, visit the Mayor’s web site.