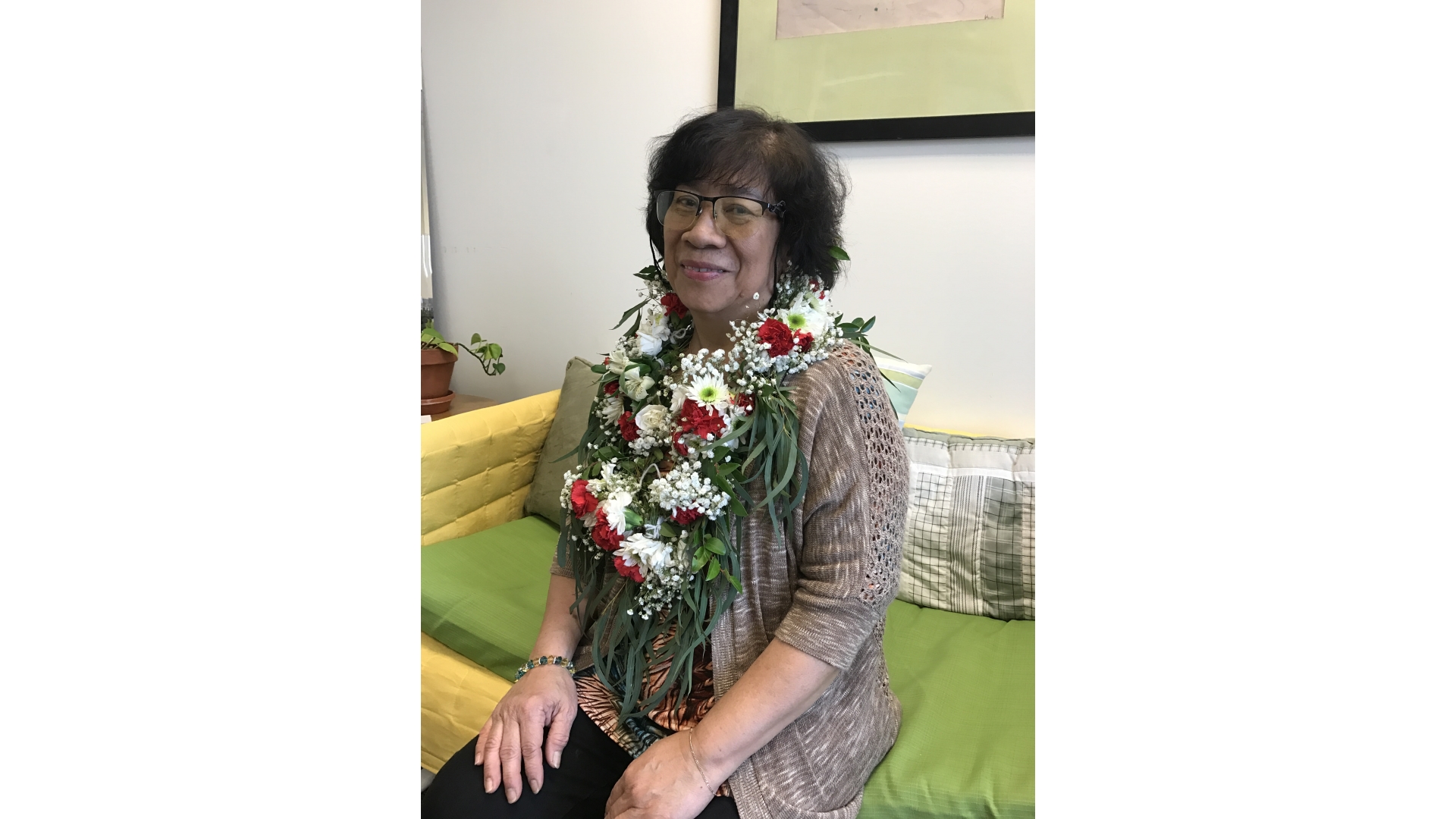 Sefie Cabiao, a tireless and passionate advocate for Filipino American seniors in Seattle for over three decades, officially retired from her job at International Community Health Services (ICHS) on March 24, 2017.

Cabiao, employed as an ICHS community advocate, was a steadfast figure at events at the Filipino Community Center and at various health fairs and community forums across the city. She helped educate Filipino immigrants and families about issues such as diabetes awareness, breast and cervical health screening, nutrition, exercise and voter registration. Her fluency in Ilocano and Tagalog allowed her to build bridges between the community and the non-profit realm in which she worked.

“Sefie is one big heart in her love for the Filipino community and ICHS,” Teresita Batayola, ICHS CEO, said. “Add her tenacity and her commitment to that heart and you can immediately feel the huge hole caused by her retirement. We are forever grateful knowing she will always be in the community connecting others to ICHS.”

ICHS community advocate Angela Wan, who has worked alongside Cabiao for 12 years, is sad to see her go, but noted that Cabiao would remain part of the ICHS family. “She is so beloved because of her kindness and willingness to reach out to help people,” Wan said. “Everyone in the Filipino community knows her.”

It was not uncommon for strangers to recognize Cabiao, even on flights to the Philippines. “One time, when I was in the air, someone tapped my bag,” Cabiao said. “This person said, ‘I see you’re here. I’ve been looking for you for a month.” This person had been seeking help with medical insurance.

Prior to joining ICHS, Cabiao was employed at the International District Housing Alliance, working with seniors in need of housing, health care and help in domestic violence situations. During that era, many old hotels in the International District were substandard. “When we went to check on the Filipino manongs, we would open the door and the cockroaches are flying everywhere,” she recalled. “The residents were frail and sick. They didn’t have relatives here either. We would check their refrigerators and make sure they were getting food and proper medical attention.”

Cabiao left the Housing Alliance during a funding shortfall. She said she was hired by ICHS in March, 1998 as a community outreach worker, working with the elderly. “When I first came here, I see that there is a gap between the higher level staff and the community advocates,” she said. “In the beginning, I did not even have a desk. I had to share a space at a work table. Now, as I leave ICHS, things have improved. I’m happy to leave because I can see a kind of family unity between the different levels of ICHS.”

Even in retirement, Cabiao will remain close to the ICHS family. Her daughter, Jennifer, works as ICHS contracts coordinator. Jennifer joined the agency in 2005 after she was asked by her mom to help fill a temporary administrative position.

Has the retirement of her mother from ICHS affected Jennifer?

“Since we worked in separate departments, it really doesn’t make much of a difference,” Jennifer said. “My mom is still going to be out in the community. So just because she’s retiring, it doesn’t mean she’s retiring from everything else she does.”

Any favorite stories about her mother?

“Oh, there’s one,” Jennifer said. “About four or five years ago, she got stuck in the elevator in the ID clinic during a blackout. She panicked and called me on her cell phone. Good thing she had her phone with her—because she usually doesn’t. I said, ‘What’s going on? Where are you?’ She said, ‘I’m stuck in the elevator and it’s all dark.’ I told her to just hold on because the fire department was coming. She has a tendency to exaggerate and she said, ‘It’s getting so hot. I can’t breathe.’ Everyone told her, ‘Sefie, just stay put. Don’t panic.’ Eventually, she got out after an hour. I had gone back to my desk to work. It was a very busy day. I thought that was pretty funny.”