Pre-Conquest Indigenous Cultures and the Aftermath (PICA) was founded in 2013 as a collaborative effort between a group of students, faculty, and community members from the University of Washington’s American Ethnic Studies department, OCA-Greater Seattle, and Heritage University of Yakima, Washington. This year, the events for the PICA Conference take place on November 11, 12, 13, and 18. 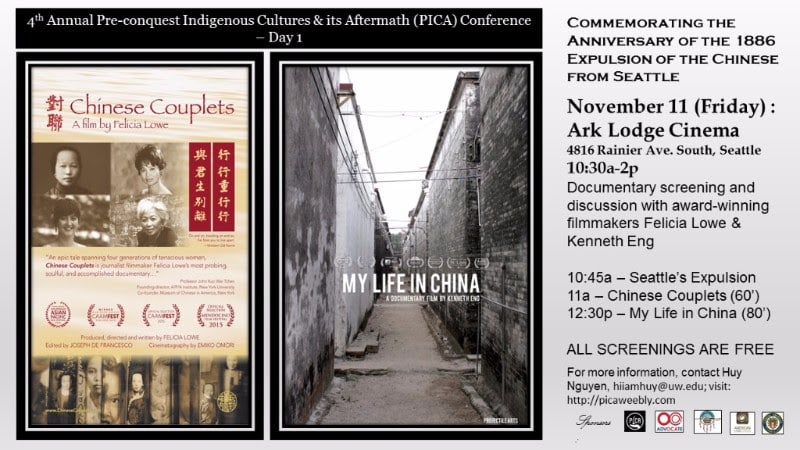 On Friday, November 11, Ark Lodge Cinema will show a documentary entitled “My Life in China” and another film named “Chinese Couplets.” The screenings are free. “My Life in China” is a film about director Kenneth Eng and his father visiting rural China for the first time in 18 years. His father reflects back on how he walked for seven days and six nights before swimming for four hours to Macau to escape poverty and communism. “Chinese Couplets” is described as “part memoir, part history, part investigation.” Filmmaker Felicia Lowe retraces her mother’s emigration to America during the Chinese Exclusion era and reveals the struggles of Chinese immigrants who abandoned their personal identity. 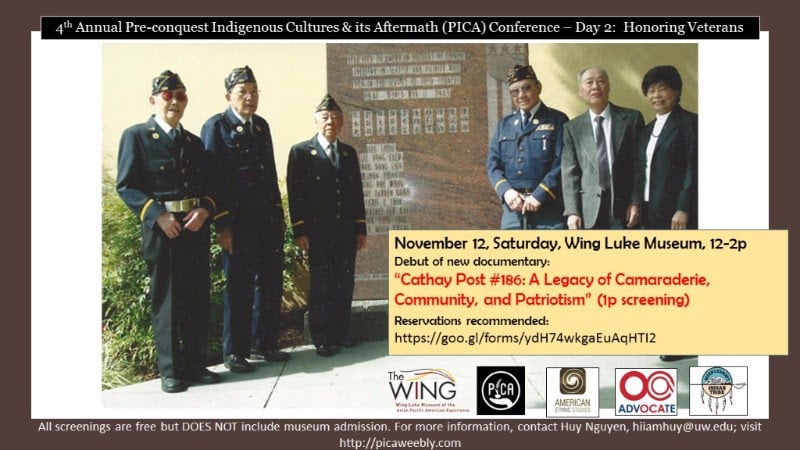 On Saturday, November 12, the Wing Luke Museum will honor veterans. A documentary film called “Cathay Post #186: A Legacy of Camaraderie, Community, and Patriotism” will make its debut. The event lasts from 12 p.m. to 2 p.m. This event is free to the public. 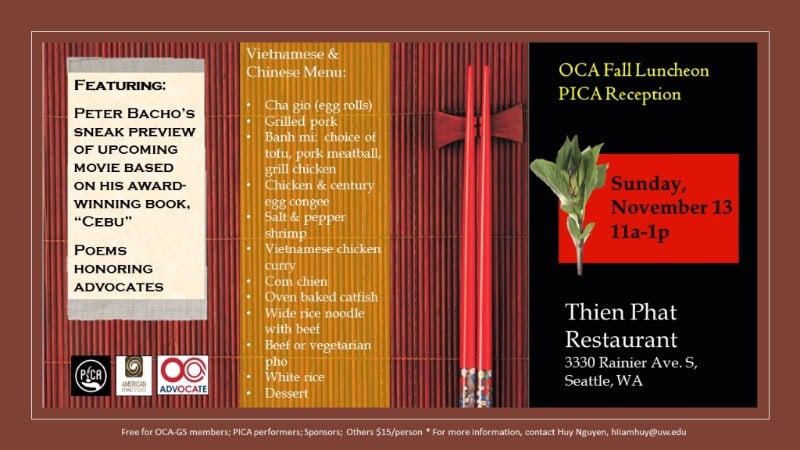 On Sunday, November 13, from 11 a.m. to 1 p.m., OCA Seattle will host their fall luncheon and reception at Thien Phat Restaurant (3330 Rainier Ave. S., Seattle, WA). The event will include a sneak preview of an upcoming movie based on Peter Bacho’s book “Cebu” and poems honoring advocates. For more information, email Huy Nguyen at [email protected] 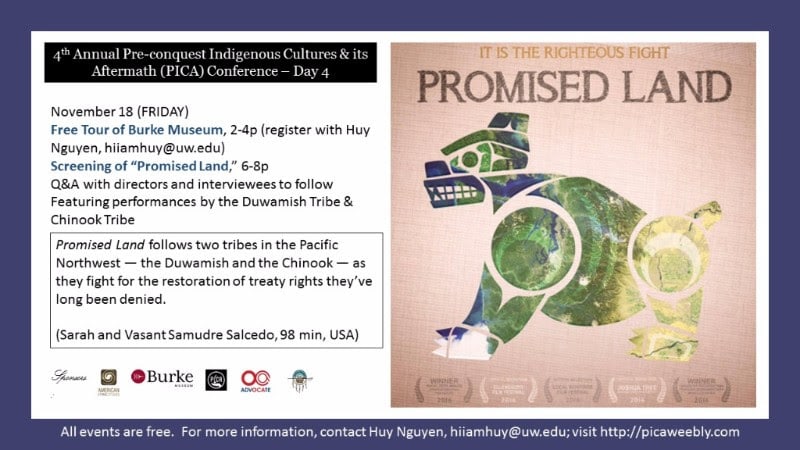 The last PICA event is on Friday, November 18. It includes a free tour of Burke Museum from 2 p.m. to 4 p.m. (register with Huy Nguyen, [email protected]) and a screening of “Promised Land,” from 6 p.m. to 8 p.m. A Q&A with the directors and interviewees will follow after the screening, with additional performances by the Duwamish and Chinook tribes.

For more information about PICA, check their website here.