A lifelong Seattleite, Sugiyama has been a vocal advocate of Asian Pacific American causes and minority civil rights for over four decades. As a student activist in the early 1970s, he helped advocate for affirmative action hiring and American ethnic studies at Seattle Central Community College and the University of Washington. He co-founded the Asian Family Affair newspaper in 1972. In 1979, Sugiyama founded the Center for Career Alternatives, where he served as director for 31 years prior to the agency’s closure in 2011. In 1989, he became the first Asian American on the Seattle School Board. Sugiyama had most recently been the executive director of the Executive Development Institute (EDI) before stepping down earlier this year.

Organizers ask that there be no gifts and that attendees RSVP by September 6. To RSVP, visit http://goo.gl/forms/Uds1NOSSke. 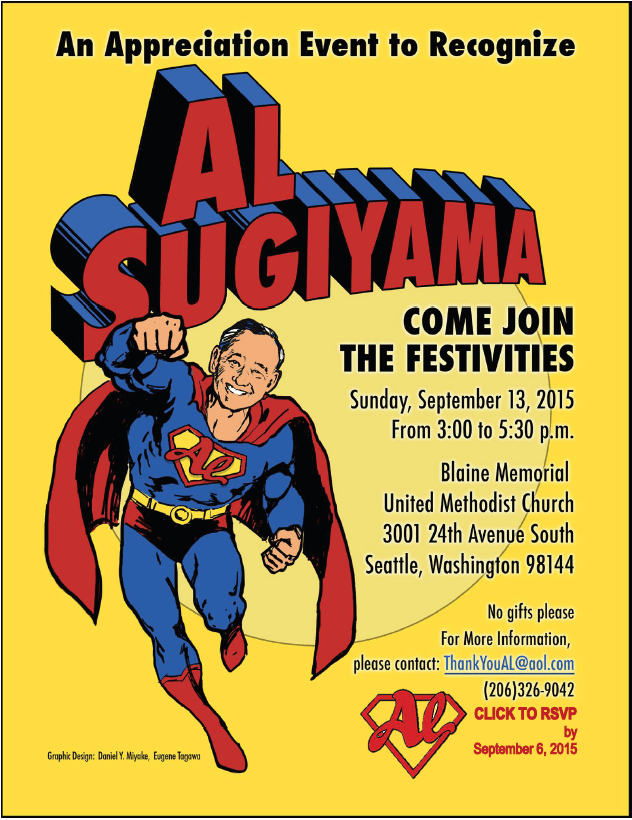