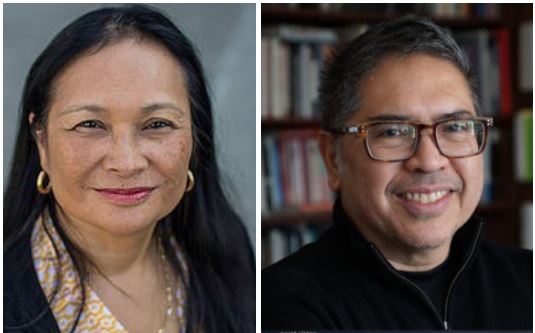 Duterte’s War: Discussing the Current Crisis in the Philippines and Beyond will take place on Wednesday, November 22 at 7 p.m. at Third Place Books-Seward Park (5041 Wilson Ave S, Seattle WA). That evening marks the launch of two books: A Time to Rise – Collective Memoirs of the Union of Democratic Filipinos (KDP) by Cindy Domingo, and Motherless Tongues: The Insurgency of Language Amid Wars of Translation by Vicente Rafael. The discussion will feature both authors.

Cindy Domingo is one of the co-editors of the newly released book, A Time to Rise – Collective Memoirs of the Union of Democratic Filipinos (KDP), published by The University of Washington Press. This book is a collection of essays by members of the KDP, the only revolutionary organization that emerged in the Filipino American community during the 1970s and ’80s. Domingo also co-wrote a story in the book by Mila DeGuzman, “Women Against Marcos, Stories of Filipino and Filipino American Women Who Fought Against a Dictator.” Domingo is a second generation Filipino American but has been involved in the U.S.-based Philippine support movement since 1974. In 1981, Domingo’s brother, Silme Domingo and fellow KDP activist, Gene Viernes, were murdered in Seattle for their work in building labor solidarity between the Philippine and US labor movements. Cindy Domingo, co-led the struggle to get justice in their murders, winning a landmark federal court decision of $23.1 million against Ferdinand and Imelda Marcos for their roles in the murders.

Vicente Rafael is the Giovanni and Ann Costigan Endowed Professor of History and Southeast Asian Studies at the University of Washington. He has published widely on the colonial and post-colonial Philippines. His books include Contracting Colonialism; White Love and Other Events in Filipino History; The Promise of the Foreign and his new book, Motherless Tongues: The Insurgency of Language Amid Wars of Translation, all published by Duke University Press. He has also recently wrote the Introduction to the Penguin Classics edition of Nick Joaquin’s short stories, The Woman Who Had Two Navels and Tales of the Tropical Gothic.