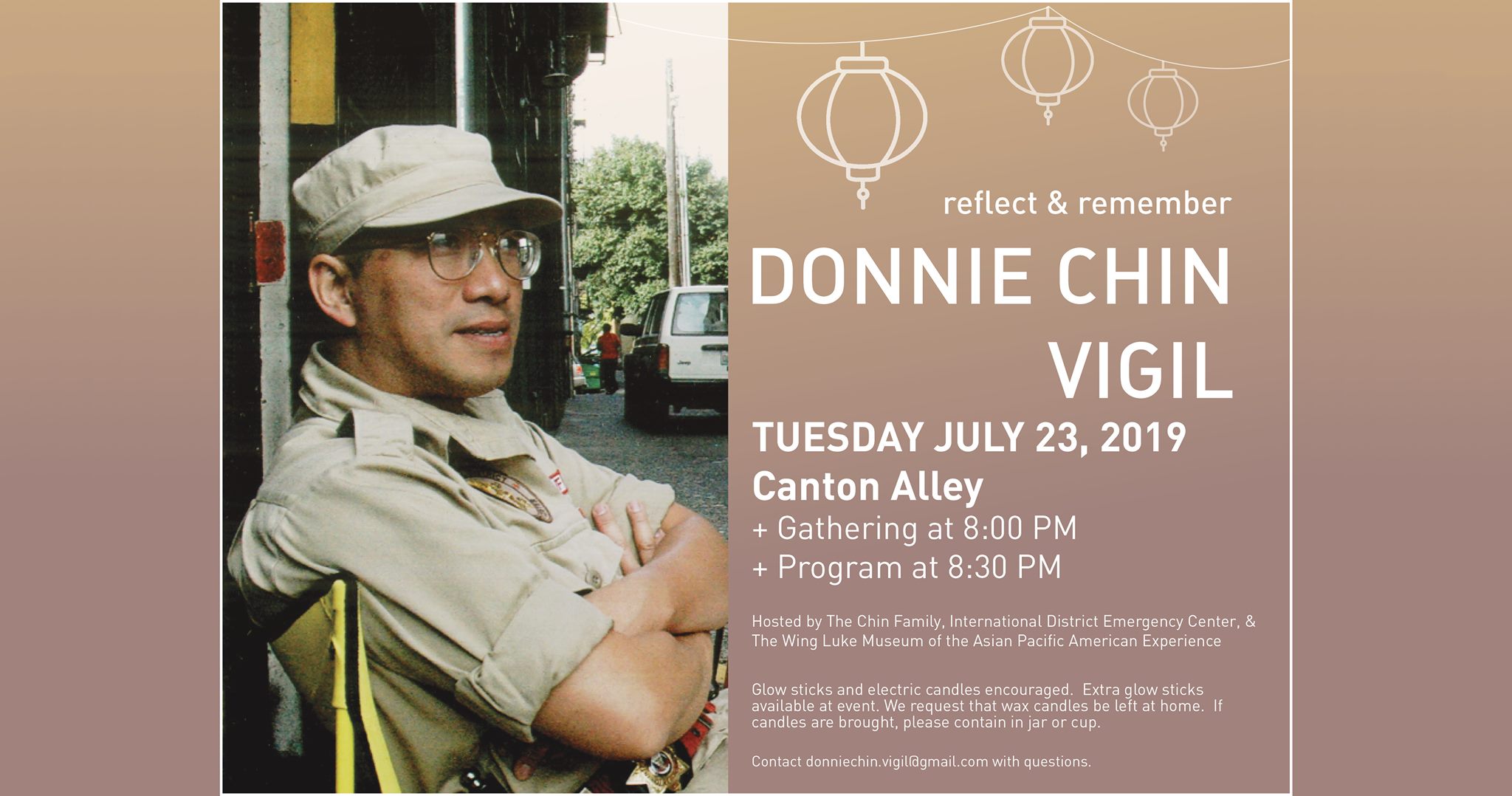 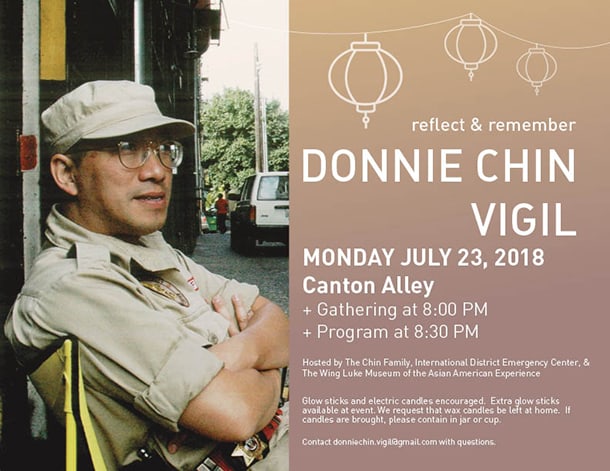 The following is an announcement from the Chin family, the International District Emergency Center and the Wing Luke Museum:

On Monday, July 23, the Chin family, International District Emergency Center (IDEC), and the Wing Luke Museum of the Asian American Experience (The Wing) will host a vigil to remember the life and death of Donnie Chin. Chin, considered by many to be a community hero, founded IDEC 50 years ago in 1968.

IDEC grew over the years, but Donnie Chin was always its cornerstone. In a historically neglected neighborhood, Chin brought a sense of safety and stability. People were accustomed to seeing him run by with a cargo vest and first aid kit. Chin saved numerous lives over his decades of service, and was usually the first person residents and business owners called when they needed help.

Immediately following Chin’s murder, the Seattle Police Department (SPD) announced that it would make the investigation a top priority. SPD officials also expressed confidence that they would be able to identify and apprehend the individual (or individuals) responsible.

Three years after Chin’s murder, the case remains unsolved. The longer the investigation remains open, the more the community fears that justice for Donnie will never become a reality.

Monday’s vigil will provide an opportunity for community members to gather and remember Chin, to mourn, and share their stories.

Members of the press are welcome to attend the event, but are kindly asked to be considerate of other participants who are grieving.