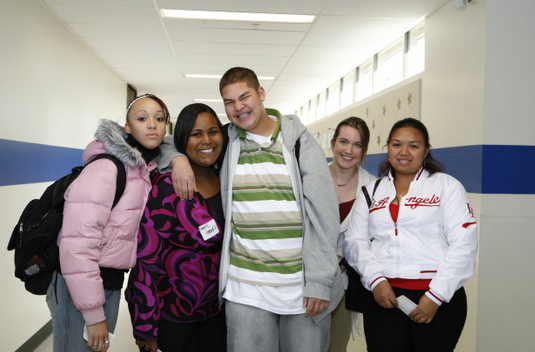 Every 26 seconds, a young person in America drops out of school, according to Communities in School of Washington (CISWA). When students drop out, they are more likely to end up in poverty, suffer poor health, be dependent on social services, enter the criminal justice system, and cost the U.S. billions of dollars each year in lost revenue and increased spending on government assistance programs. To change the picture in Washington state, CISWA is serving approximately 54,000 students on 160 campuses, working with schools, communities, partner organizations, and families to surround students with a strong network of support.

CISWA recently released a report, “Changing the Picture in Washington State,” as part of a national public awareness campaign featuring young people from around the country who have graduated from high school as a result of their involvement with Communities In Schools.

“Poverty, language barriers, homelessness, and poor health all play a part in limiting the ability of a child to even see, much less pursue their potential,” said CISWA state director Susan Richards in the report. “Our school-based site coordinators give them a hand up, hope for the future, and the confidence to get them walking down a path towards success.”

According to the report, CISWA achieved the following during the 2012-13 school year (most recent for which complete data is available):

• Approximately 54,000 students throughout the Communities In Schools of Washington network received Level One supports (school-wide prevention services) and more than 4,000 of these students received Level Two supports (targeted and sustained interventions).

• 99 percent of secondary students served by Communities In Schools of Washington affiliates remained in school.

• 96 percent of secondary students served were promoted to the next grade or graduated.