The following is an announcement from CenturyLink:

CenturyLink, Inc. (NYSE: CTL) employees, the CenturyLink Clarke M. Williams Foundation, and local citizens recently contributed  more than $740,000 to food banks and schools across the State of Washington through two of its national community relations programs.

The 2016 CenturyLink Backpack Buddies Food Drive, held June 6-17, supported 24 food banks in Washington, generating more than $640,000 to help fight hunger through online donations and a match from the CenturyLink Foundation.

The CenturyLink Teachers and Technology program, which has been offered since 2008, awarded approximately $102,000 to schools in Washington. This program awards grants of up to $5,000 to schools in CenturyLink’s local service areas on behalf of teachers who have developed specific plans to innovatively implement technology in their classrooms.

“We are excited that we have helped food banks stock their shelves just as parents of children on free and reduced-price school lunch programs look to food banks for help, and that we have aided passionate educators in exposing their students to science, technology, engineering and math (STEM) concepts in their daily school lives,” said Sue Anderson, CenturyLink’s vice president of operations for Washington.

Across the country, employees and local communities raised approximately $665,000 as part of the company’s Backpack Buddies Food Drive. To further support the annual drive, the CenturyLink Clarke M. Williams Foundation contributed $1 million to local food bank beneficiaries based on the amount of donations they received through the online donation site, bringing the total amount donated through the annual food drive to more than $1.6 million. A total of 144 food banks were supported in communities the company serves across the United States. Food banks that offer backpack programs were asked to direct 50 percent of their gifts from the CenturyLink Clarke M. Williams Foundation to those programs. 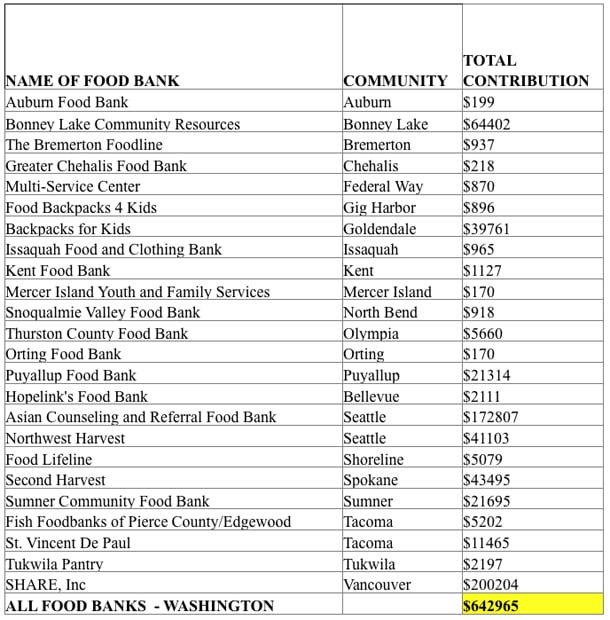 Across the United States, more than 1,000 Teachers and Technology grant applications were received and 314 were awarded. Grants were selected based on the impact they will have on students in the classroom and the overall innovation of the project.

In Washington, the 21 schools that received the $120,000 in Teachers and Technology grants were: 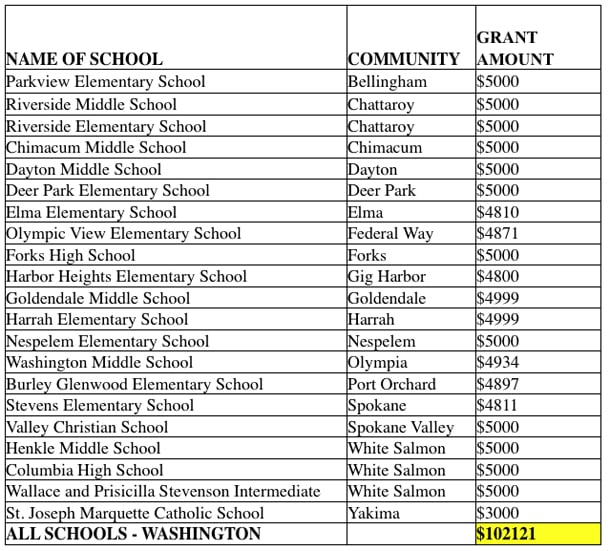