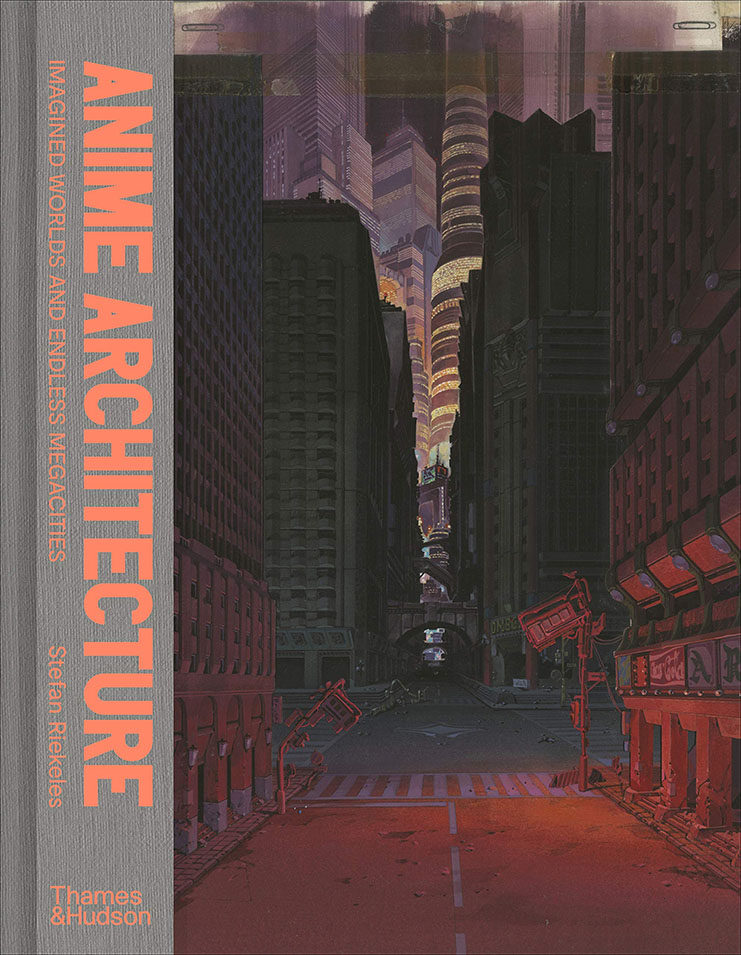 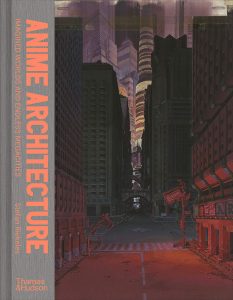 The rich environments presented in anime often have the ability to captivate viewers, but have you ever given much thought as to how the films portray such seamless imaginative worlds? Anime Architecture: Imagined Worlds and Endless Megacities sheds light on this with imagery and concise writing that will engross even casual fans of anime. It is at once an art book and an insight into the process of making one of the fundamental aspects of anime – the scenery of imagined realities.

Prominent director Mamoru Oshii (Patlabor: The Movie, Ghost in the Shell) reflects that “the drama is just the surface of the film…the silent world behind the characters is where the director has to communicate his core vision.” In Anime Architecture, author Stefan Riekeles gives due focus to the artwork that is responsible for conveying that vision. The book is a visually striking presentation of eight anime films that are each characterized by their distinct future urban realities: Akira (1988), Patlabor: The Movie (1989), Patlabor 2: The Movie (1993), Ghost in the Shell (1995), Metropolis (2001), Innocence (2004), Tekkonkinkreet (2006), and Rebuild of Evangelion (2007, 2009). The films share space at the pinnacle of craft in anime, the background worlds of each are rendered in varying styles but with consistent and striking detail.

Anime Architecture will have broad appeal if you are a fan of any of these films based on the visuals alone. But it is also a fascinating look into the process of how these classic anime films were constructed and realized. The book’s structure orients around the chronological presentation of the films, sharing the evolution of the animation process since Akira to the more recent Rebuild of Evangelion. Each film section includes a brief synopsis and information on the creative team responsible for its realization. This is followed by high quality imagery and descriptions of how the background imagery is made, from the rough initial sketches or inspiration photos by the art directors to the final production backgrounds themselves. The captions are brief, but they are as informative as the images are captivating.

The book details the methods each film uses to construct its background scenes. Since Akira was made in 1988, the production of anime has changed significantly. Like so many processes today, animation is now done almost all digitally. Drawing is still done by hand, just instead of a pencil and paint brush on paper, artists now work with stylus on a screen. Digital rendering has played an increasingly influential role for how realistic worlds can be imagined and relayed to us as viewers. But part of the appeal of Anime Architecture as a book is that it focuses on high tech urban futures before they were depicted through high tech mediums. This idea acted as a filter for how Riekeles chose the films for the book. The result is a collection of stunningly detailed worlds made largely by pencil and paintbrush on paper. The quality and detail of works by included artists such as Shuichi Kusamori (Ghost in the Shell, Metropolis, Innocence) and Hiromasa Ogura (Patlabor, Patlabor 2, Ghost in the Shell) is nothing short of amazing.

Anime Architecture will undoubtably enrich appreciation of the included anime films. It also serves as a tantalizing teaser to any of the films if you have not yet seen them. The book is a beautiful visual offering as well as an interesting read. If you are a fan of the films or interested in the animation process, grab a copy to get lost in.